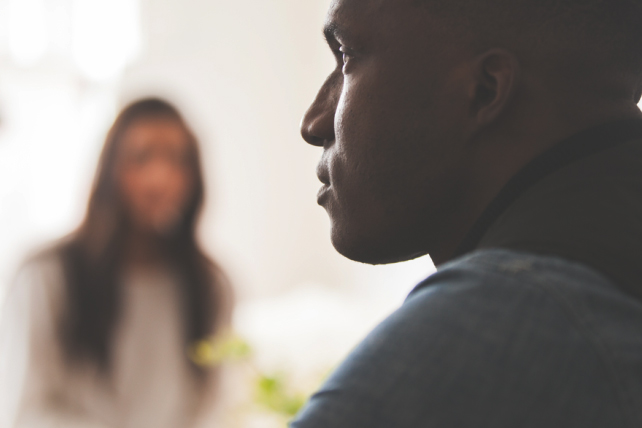 This blog, by Daniel Henderson, was originally written for leaders but it is great advice for all.

The enemy delights in the downfall of Christian leaders and works 24/7 in his temptations and snares to bring disrepute to Christ and His people by targeting pastors and other leaders. Moreover, the heartache and fallout from the moral failure of a Christian leader is deep and broad, sometimes lasting for decades, or even a lifetime. The best way to avoid all this shame and heartache is before it happens. Pure prevention is the best policy.

Considering these things, I wanted to reflect on a resource that I wrote a number of years ago. After seeing the devastation of a moral failure, as I followed a predecessor who committed adultery, I was motivated to think of as many reasons as possible as to why we should avoid that path. I hope it will be a good reminder for us all. Feel free to pass it on to others.

40 Reasons Why I Do Not Want to Commit Adultery

1. I would violate my relationship with my Savior and Lord, Jesus Christ, who has loved, cared and died for me. This action would disregard the selfless and cruel death He suffered in order to give me power over this sin.

2. I would bring public shame and unnecessary disrepute to His most holy and precious name, which I have been privileged to represent.

3. I would have to someday face my gracious Savior, eye to eye at His judgment seat, giving an account for willfully squandering His abundant provision of purifying grace. At that moment of eternal consequences I would inevitably witness the results of my own disregard for the rewards of faithfulness and obedience He so desired to give to me.

4. I would choose to submit myself to a destructive process of self-deception and the dulling of my conscience, causing a lack of confidence in my future ability to walk in obedience and faith.

5. I would inflict unimaginable pain on my wife—my best friend, and my faithful and sacrificial partner in ministry and life—and would have to stare into her tear-filled eyes to explain this conscious violation of my vows and describe the stupidity of my behavior.

6. I would permanently damage my wife’s ability to trust me or believe my word. I would lose her respect in the future, giving her constant cause for suspicion and question.

7. If my pattern of deception were to continue, or if she were unable to forgive me, I would lose her as my wife and would be left to face ongoing regret, loneliness and pain.

8. In this case, I would permanently ruin my wife’s future fulfillment, causing her to face the remainder of her life feeling the struggle of rejection and dealing with the complications of single parenting or remarriage.

9. I would violate the love and trust of my precious children. In essence, I would be telling them, “Your mother is not a worthy person. Your father is a liar and a cheat. Honor is not as important as pleasure. My own selfish satisfaction is more important than loving my children.”

10. By destroying my own example and credibility with my children, I would lose future opportunities to influence them toward loving obedience and holiness and would plant within them a potential long-term resentment and bitterness toward the Lord and the ministry.

11. I would bring continual shame to my children every time they had to explain why their father was no longer in ministry—or why he was no longer together with their mother.

12. I would create destructive and continually tempting mental memories that would cultivate unhealthy lust and negatively affect future intimacy with my wife.

13. I would squander all of the money, time, effort and pain that have gone into my
preparation for and development in the pastoral ministry.

14. I would seriously disappoint those godly leaders who have faithfully invested themselves in me (e.g., professors, pastors, mentors and relatives).

15. I would bring shame to the college and seminary from which I graduated, tarnishing their reputation and squandering their investment in my theological education and character development.

16. I would deeply wound and embarrass my parents, whose loving instruction, sacrificial investment and current delight in the positive course of my life would be horribly violated.

17. I would significantly damage the solid ministry foundation and tarnish the wholesome legacy of my faithful predecessors of my current ministry.

18. I would bring long-term disrepute to the positive reputation of my church in the community, hindering future ministry to people in this area.

19. I would undermine the credibility and effort of other Christian ministries and leaders in my city, adding to the climate of mistrust that continues to expand with each story of moral failure.

20. I would violate the precious trusting relationship with my leadership board, causing difficulty for them into the future as they seek to lead the congregation and causing a potential spirit of mistrust on their part toward future senior pastors at this church.

21. I would destroy my credibility and relationship with staff members who have faithfully supported me and responded to my leadership. A revelation of duplicity at this level would wound them deeply and would hinder even their own leadership among the flock.

22. I would bring underserved difficulty and pain to my ministry successor and his family, as they would be forced to reap what I have sown in their attempt to salvage the church and clean up the mess I would have made.

23. I would deeply wound all those who have been saved, discipled, equipped, counseled and prayed for under my ministry, causing disappointment and disillusionment for some.

24. I would create possible disillusionment in the hearts of young men preparing for ministry as they wonder about the credibility of my leadership and the viability of authentic pastoral ministry.

25. If this should become newsworthy on a statewide or national scale, I would exacerbate the growing climate of mistrust toward Christianity at an even broader level.

26. I would squander my witness to various unsaved friends, acquaintances and neighbors to whom I have witnessed over the years, perhaps driving them farther away from accepting Christ.

27. I would be thoughtlessly and carelessly throwing away the impact of the prayers of thousands of people who over the years have wholeheartedly supported me on their knees.

28. I would be heaping significant guilt and pain on the other woman, for the rest of her life.

29. I would potentially contribute to the dismantling of her marriage, family and
network of trusting friends.

30. I would run the risk of the complications of a pregnancy resulting from the extramarital sexual activity.

31. I would run the risk of physical consequences in the form of sexually transmitted diseases.

32. I would suffer the consequences of losing a job and creating serious practical strain on my family financially and socially.

33. I would experience the trauma of a career change, having violated the qualifications for pastoral office.

34. I would join the ranks of those whom I have previously despised and whose actions have deeply grieved me because of their violation of calling and trust through moral scandal.

35. I would live with personal life-long embarrassment and shame, as I would encounter regular reminders of my foolish and destructive choices.

37. I would take myself out of the running for multiplied opportunities in the future that could have come my way, had I remained faithful.

38. I would run the risk of being permanently “shelved” in my usefulness to God and His kingdom, knowing that the overwhelming shame and personal regret could cause me to completely give up my service for Christ.

39. I would cause a countless number of people to doubt the validity of the Scriptures, the Holy Spirit and the power of Christ as they might ask, “If it didn’t work for him, can it really work for me?”

40. I would bring delight to Satan and his demons as these enemies of my soul and opponents of Christ would exult in their victory over one of God’s called servants.

(Some of these concepts were originally conceived by Randy Alcorn in Leadership Journal).