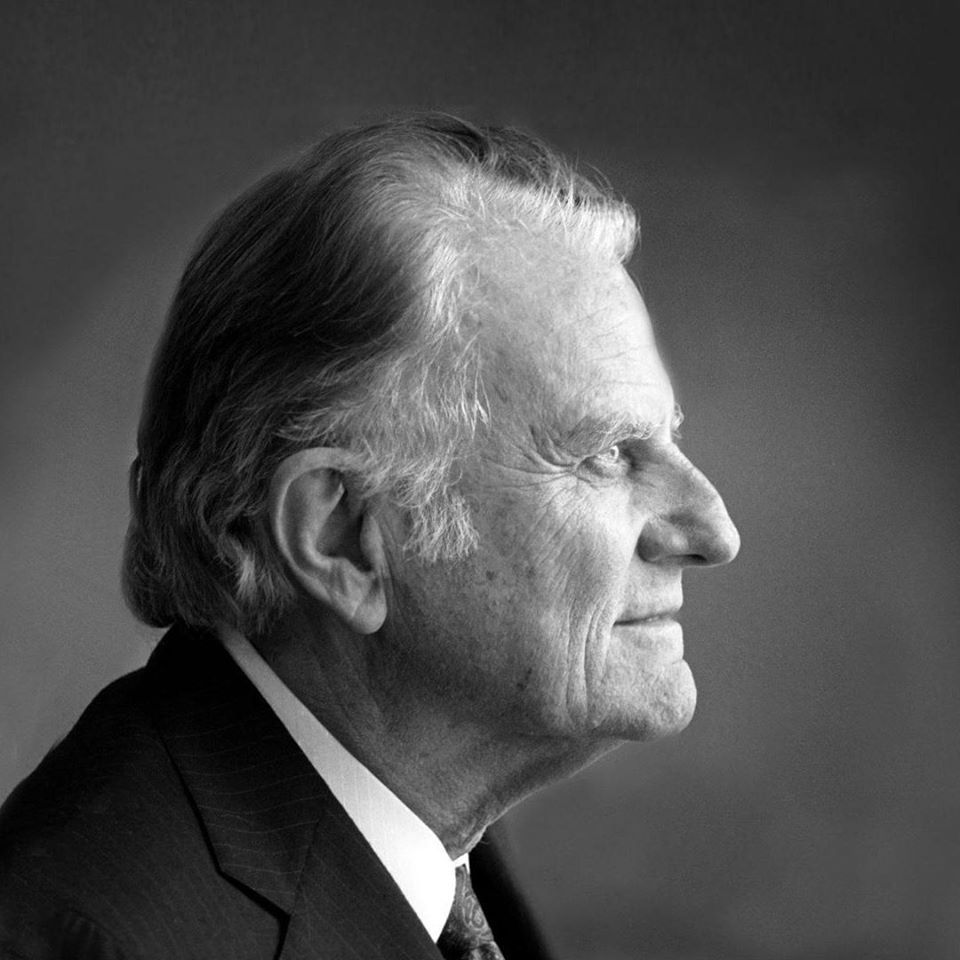 “I love all that Billy Graham stood for in life. He was truly one of my heroes. I thought this blog was helpful about just a few things we can learn from his life.”

On February 21st, 2018 heaven gained another mighty worshipper of Jesus, and earth lost a great man of integrity, William Franklin Graham, Jr. More affectionately known as Billy. He was America’s Pastor, and lived 99-years as a shining example to us all.

I had the honor of hearing the legendary evangelist preach live one time. It was the 2002 Dallas Crusade at Texas Stadium. The stadium was filled to the brim with people, energy, and the Holy Spirit. Billy Graham, at 83 years young, stood up and preached the clear gospel with boldness, followed by hundreds, if not thousands, pouring onto the field to profess Jesus Christ as Lord and Savior.

As a young man at the time, I was captivated by this living legend. But even more so, I was captivated by the Savior he proclaimed. It inspired me to watch this great man from a distance for the last sixteen years. Although I never met him, he still taught me many things about preaching, walking in integrity and constantly pointing people to Jesus. In fact, I believe this great pastor has ministered to an entire nation and has taught us all many things.

Here are at least 5 lessons that Billy Graham has taught us:

1. Live a focused life. Whether people believed in the Jesus that Billy Graham preached or not, everyone believed that he believed it. He had one focus to his life: to preach the love of Jesus to a world that desperately needed it. He once said, “God proved His love on the Cross. When Christ hung, and bled, and died, it was God saying to the world, ‘I love you.'” He focused on the essentials, and wasn’t distracted by secondary issues. Many times it’s easy to be distracted by things that won’t matter a hundred years from now. If we were to be honest, most of the things that distract us don’t really matter in that very moment. If the enemy can’t make you fall into sin, he will distract you with silliness. We are here on the earth to know God and to make God known.

2. Stand with boldness. For many years, Billy Graham would preach to thousands while standing under a huge banner that quoted the words of Jesus, “I am the Way, the Truth, and the Life.” There is a lot of cultural pressure to kneel to political correctness. However, in the midst of a changing culture leaning more and more toward pluralism — a belief that there are many paths that lead to God — Billy Graham never kneeled or buckled to the pressure. He boldly stood and proclaimed that Jesus was the only way. As Christians, may we be emboldened by this same conviction!

3. Practice what you preach. Billy Graham was the epitome of integrity. He routinely preached, “If evil were not made to appear attractive, there would be no such thing as temptation.” It was no secret that he constantly surrounded himself with safeguards and accountability. There are numerous stories of him having the television removed from his hotel room. People were sent in to check his room, before he would enter. In over sixty-years of ministry, there were no scandals attached to him. Conservatives and liberals both recognized that his ministry was always in line with his message. He taught us all that our calling is too important and the cost is too high to fall into sin. Nothing hinders the ministry more than hypocrisy.

4. God does extraordinary things through ordinary people. It’s easy to look at Billy Graham as a larger than life figure. Words like legend, spiritual giant, and super-Christian come to mind when you think of him. However, his daughter Anne Graham Lotz describes her daddy in a different way through a statement she released after his passing: “When I think of him, I don’t think of Billy Graham, the public figure. I think of my Daddy. The one who was always a farmer at heart.Who loved his dogs and his cat. Who followed the weather patterns almost as closely as he did world events. Who wore old blue jeans, comfortable sweaters, and a baseball cap. Who loved lukewarm coffee, sweet ice tea, one scoop of ice cream, and a plain hamburger from McDonald’s.” God is not looking for all-stars. He already has an all-star, named Jesus. He is just looking for ordinary people who will follow the all-star, Jesus, with unwavering hearts.

5. There are no perfect people. When you look up the word “Christian” in a dictionary, you would expect to see a picture of Jesus followed by a picture of Billy Graham. However, although Billy Graham was a godly man, he was not a perfect man. Dr. Graham often shared about his greatest regret, and that was not spending enough time with his children. He estimated “that he was gone approximately 60-percent of his children’s growing up years.” Preaching crusades and doing ministry would often pull him away for weeks and months at a time. This is a great reminder that the Savior Billy Graham preached about was the same Jesus that he himself needed. This should be an encouragement to us all. No one is perfect, and everyone needs Jesus.

What a great man Billy Graham is. Yes, I intentionally said “is” instead of “was.” The greatest lesson he taught us all is that he is not dead today. He is actually more alive than we are. Not because he was a great man, but because he worshipped a greater Savior. He spent his life walking in integrity while pointing people to Jesus. Today, he is getting to stand in the literal presence of the very One to whom he spent his life pointing to.