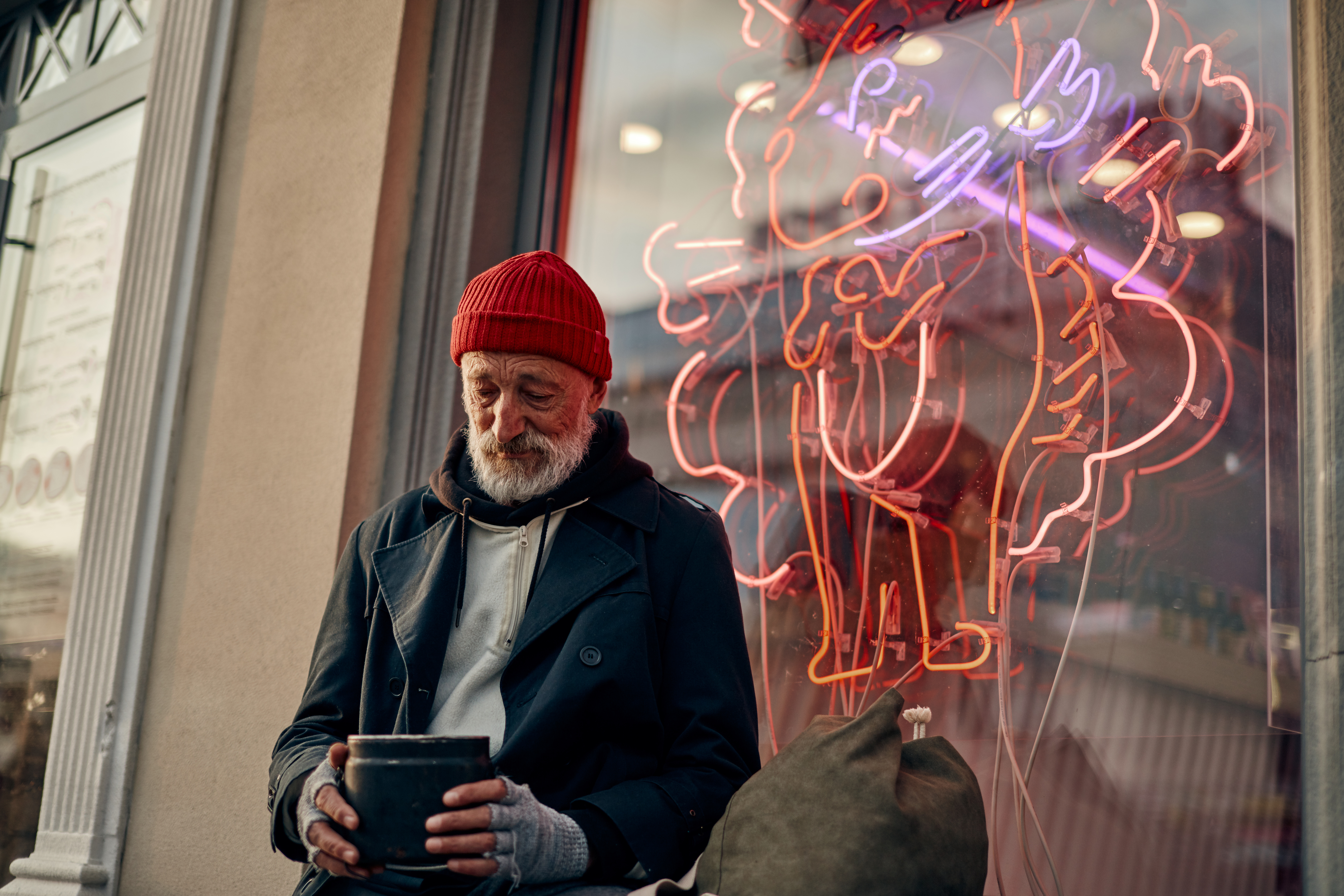 I love this story. It brings me joy and yes, a bit of shame about the way I sometimes look at people. If only we could love like a child loves….

A Baby and A Drunk

We were the only family with children in the restaurant. I sat Erik in a high chair. Suddenly Erik squealed and said, “Hi there.” He pounded his hands on the high-chair tray and wriggled and giggled with merriment. I looked around and saw the source of his merriment. It was a man with a tattered rag of a coat—dirty, greasy and worn. His pants were baggy with a zipper at half-mast, and his toes poked out of would-be shoes. His shirt was dirty and his hair uncombed and unwashed. His whiskers were too short to be called a beard and his nose was so varicose, it looked like a roadmap. We were too far from him to smell him, but I was sure he smelled. His hands waved and flapped on loose wrists.

“Hi there, baby. I see ya, buster,” the man said to Erik. My husband and I exchanged looks that said, “What do we do?” Everyone in the restaurant noticed and looked at us and then at the man. The old geezer was creating a nuisance with my beautiful baby. Our meal came, and the man began shouting across the room, “Do ya know patty-cake? Do ya know peekaboo? Hey, look, he knows peekaboo.”

Nobody thought the old man was cute. He was obviously drunk. My husband and I were embarrassed. We ate in silence, all except for Erik, who was running through his repertoire for the admiring skid-row bum, who in turn reciprocated with his cute comments.

We finally got through the meal and headed for the door. My husband went to pay the check and told me to meet him in the parking lot. The old man sat poised between me and the door. “Lord, just let me out of here before he speaks to me or Erik,” I prayed. As I drew closer to the man, I turned my back trying to sidestep him and avoid any air he might be breathing. As I did, Erik leaned over my arm, reaching with both arms in a baby’s pick-me-up position. Before I could stop him, Erik had propelled himself from my arms into the man’s.

Suddenly a very smelly old man and a very young baby consummated their love relationship. Erik, in an act of total trust, love and submission, laid his tiny head upon the man’s ragged shoulder. The man’s eyes closed, and I saw tears hover beneath his lashes. His aged hands, full of grime, pain and hard labor, gently, so gently, cradled my baby’s bottom and stroked his back. No two beings have ever loved so deeply for so short a time. I stood awestruck. The old man rocked and cradled Erik in his arms for a moment, and then his eyes opened and set squarely on mine. He said in a firm commanding voice, “You take care of this baby.”

Somehow I managed to say, “I will,” from a throat that contained a stone. He pried Erik from his chest unwillingly, longingly, as though he were in pain. I received my baby, and the man said, “God bless you, ma’am, you’ve just given me my Christmas gift.” I said nothing more than a muttered thanks.

With Erik in my arms, I ran for the car. My husband was wondering why I was crying and holding Erik so tightly, and why I was saying, “My God, my God, forgive me.” I had just witnessed Christ’s love shown through the innocence of a tiny child who saw no sin, who made no judgment, a child who saw a soul and a mother who saw a suit of clothes. I was a Christian who was blind, holding a child who was not. I felt it was God asking, “Are you willing to share your son for a moment?” when He shared His for eternity. The ragged old man, unwittingly, had reminded me that to enter the kingdom of God, we must become as little children.
—Author unknown