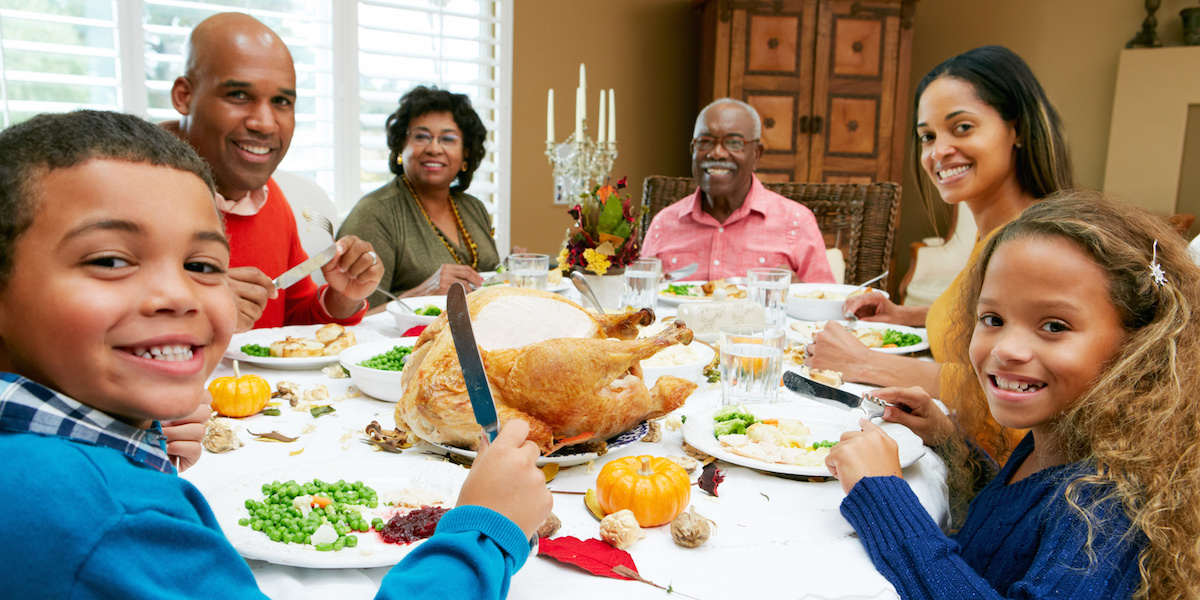 Thanksgiving is typically a time for big family celebrations and lots of food, but a new survey finds the struggling U.S. economy is forcing many Americans to cut back this year — or not celebrate at all!

In a recent poll, one in four Americans say they’re actually skipping Thanksgiving altogether in order to save money. One in three are hosting smaller dinners and a staggering 88 percent are cutting at least one dish from their table in order to make ends meet.

In 2021, researchers note that an IPSOS survey found that nine in 10 Americans planned to celebrate Thanksgiving. This year, the new poll of 1,000 people found that number has fallen to just 74 percent. In fact, 47 percent say they’re celebrating “Friendsgiving” because of its more budget-friendly menu. Specifically, just 24 percent of Friendsgiving celebrations will even have a turkey on the table, with 33 percent opting for a pizza instead!

In terms of dollars and cents, one in five Americans doubt they have enough money to afford a traditional Thanksgiving meal this year. Although 52 percent say they’re spending the same on their holiday groceries, 33 percent are slashing the budget.

In fact, 28 percent say they have less than $100 budgeted for their Thanksgiving shopping. Nearly six in 10 (57%) plan to spend between $100 and $200 for their family gathering. Just 15 percent of Americans have more than $200 set aside for the holiday feast.