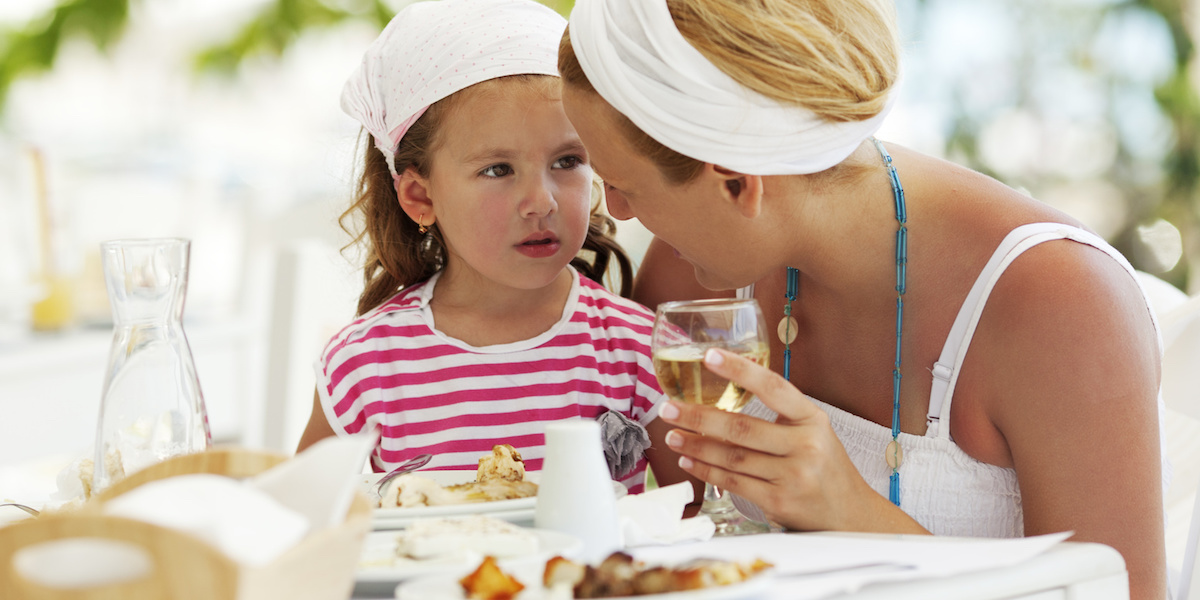 Parents who allow their young children to occasionally sip and taste alcohol may be contributing to an increased risk for alcohol use and related problems when those kids reach late adolescence, according to a new study by a University at Buffalo psychologist.

The findings contradict the common belief that letting kids sip and taste alcoholic drinks is harmless, and might even help to promote responsible drinking later in life.

But these beliefs run counter to new findings which appear in the journal Addictive Behaviors, according to the study’s lead author, Craig Colder, a professor in UB’s Department of Psychology.

Colder says the sipping alcohol with adult supervision in childhood, so often viewed as innocuous, can be harmful when kids get older and age into peak periods of heavy drinking.

“Early sipping and tasting is predicting increased drinking behavior in young adulthood,” says Colder. “Sipping and tasting alcohol in childhood with adult permission is associated with more frequent drinking and an additional drink per drinking episode.

Roughly a third of all children before the age of 12 will taste alcohol with their parent’s permission.  Though common in practice, that sipping and tasting still happens infrequently, perhaps four or five times a year.

“If I say a kid sips or tastes an alcohol drink a couple of times a year, few people would bat an eyelash,” says Colder. “But the data strongly suggest that such infrequent tasting in early childhood is not a benign behavior.”

In fact, Colder says, his findings support educational interventions already developed by other researchers to reduce sipping and tasting among children.

Early sipping represents what is often a child’s first direct experience with drinking, yet little research has examined the long-term impact of this behavior,  in part because most studies do not measure early sipping and tasting alcohol with parental permission.

Colder, who conducted the research with co-authors Kathleen Shyhalla, a UB research assistant, and Seth Frndak, a graduate student at the university, annually interviewed two demographically representative community samples, each consisting of approximately 380 families, for seven years. He says the data clearly show that these were average kids who were not growing up in problem families, yet these kids who engaged in early sipping and tasting were embedded in a social context that supports drinking.

Colder says there is no evidence that the sipping and tasting that occurred within the two samples was in any way related to deficient parenting and or poor family functioning. It was limited to what he calls alcohol-specific socialization.