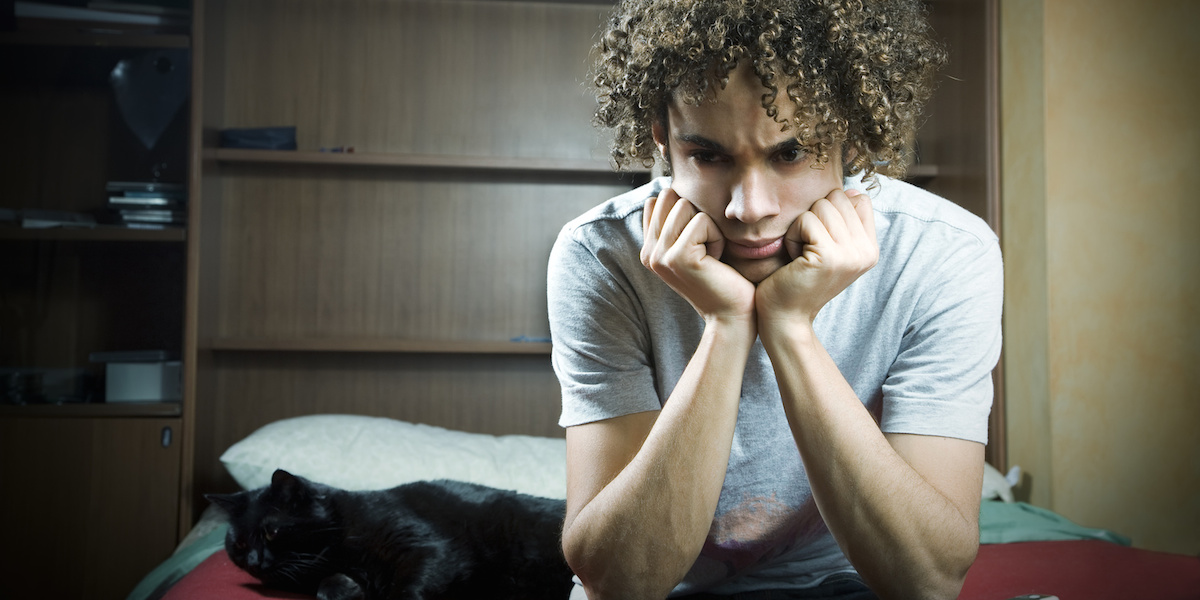 Young people are far more likely than senior citizens to report being lonely and in poor health, a surprising recent survey of 20,000 Americans shows.

The overall national loneliness score was alarmingly high at 44 on a 20-to-80 scale, but the prevalence of social isolation among those ages 18 to 22 raises even more concern. The younger people, part of Generation Z, had loneliness scores of about 48 compared with nearly 39 for those 72 and older.

The study was sponsored by the global insurer and health services company Cigna, which is concerned about loneliness as a societal problem but also because it’s not just making us sad: It can literally make us sick.

Loneliness actually has the same effect  on mortality as smoking 15 cigarettes a day, which makes it even more dangerous than obesity, says Cigna, citing a 2010 report. And while the new findings don’t draw any direct links to increased rates of suicide among teens or the opioid epidemic, Cigna CEO David Cordani says it’s clear addressing loneliness will help solve other problems.

“If their sense of health and well-being is more positive, then less destructive activities transpire,” Cordani says.

The survey questions were based on UCLA’s Loneliness Scale and used to create the Cigna Loneliness Index.

Also surprising: Young people with the highest rates of social media use reported very similar feelings of loneliness to those who barely use it, Still, Cordani says, “meaningful social interaction” was seen as key to reducing isolation so more face-to-face conversations are needed.

While some people may compensate by finding connections on social media, that can provide a false sense of relief, says Jagdish Khubchandani, a health science professor at Ball State University in Muncie, Ind. This type of socialization often leads people to spend time alone on computers in their homes, leading them to gain weight and shun face-to-face interaction, he said.

Isolation is of such concern that young people 16 to 24 who are neither employed nor in school are now tracked and classified as “disconnected youth.” The former surgeon general, physician Vivek Murthy, made emotional well-being and loneliness a focus while he was in office and is now writing a book and setting up an institute focused on the problem.

“Stress from loneliness is an insidious type of stress,” Murthy says.

It creates a biological response, Murthy says, that leads to chronic inflammation,  damaged tissue and blood vessels, and an increased risk of heart disease, arthritis and diabetes.