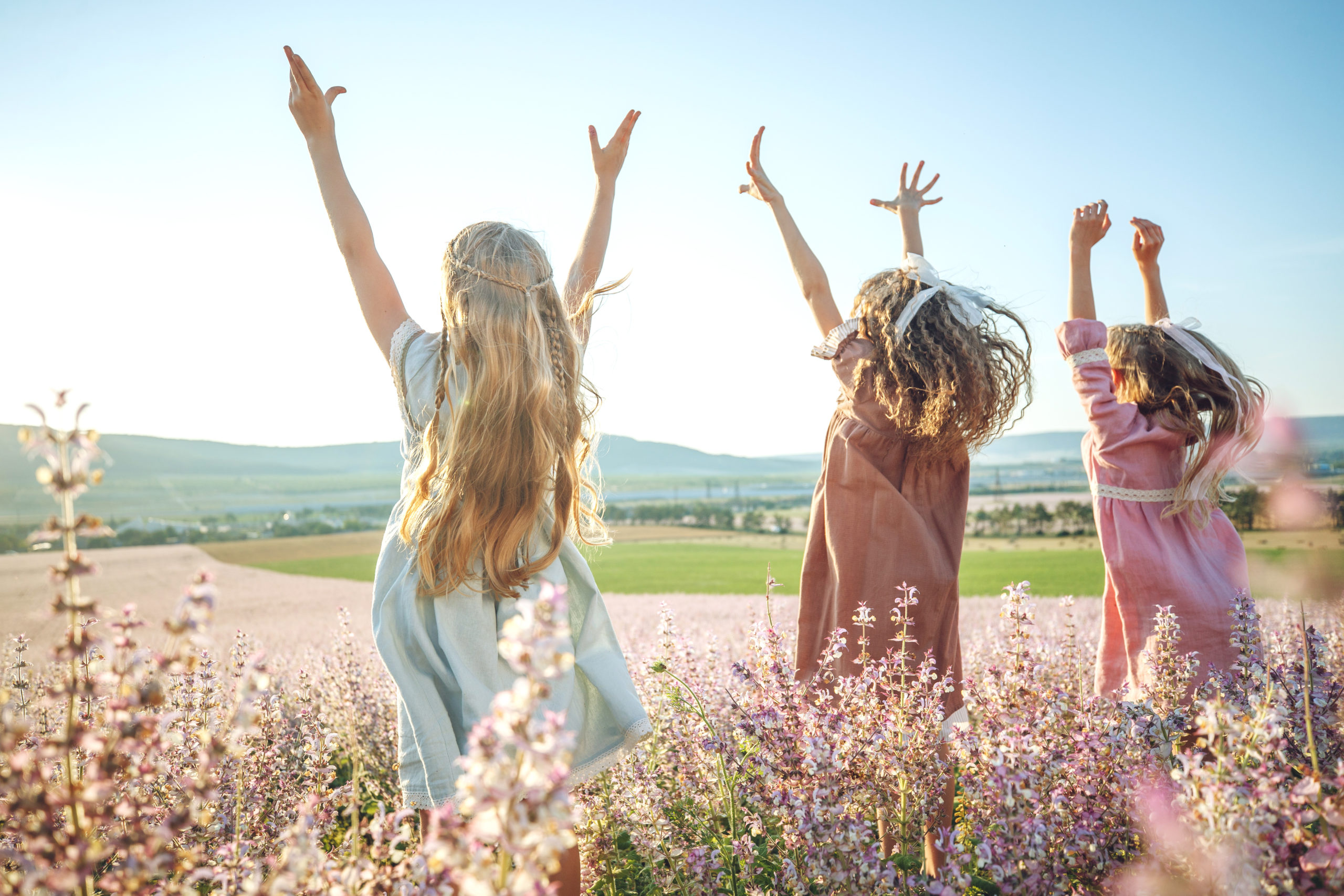 As our babies moved toward childhood, Cathy and I tried to start having regular family devotional times. Usually it consisted of my reading the Bible or a story, and our kids were usually bored and voiced disapproval. Cathy and I would energetically try for a while, and then we would give up for long periods of time. We kept asking others what devotions they were doing as a family, but everyone we spoke to simply asked us to give them ideas if we ever came across something that worked.

One of the days that we managed to corral the girls, I read a brief Scripture and then a story from one of the devotional books that I’d written for teenagers. It bombed: In the middle of my story, the girls got in an argument, and Heidi fell asleep. I quit the story in the middle and gave up again!

That night, Cathy had an idea. She said, “Jim, with no offense to your devotionals––they are great for teens––the stuff you read isn’t age-appropriate or interactive enough for our girls. I don’t blame them for being bored.” Ouch!

“What would you do?” I responded.

“Well, I think they have to participate, and we must make the devotional times more experiential. Our kids love Sunday School, and that’s what they do in their classes.”

“Let’s have them act out a Bible story. No one ever said devotions have to be serious, and they definitely don’t need a three-point sermon.” Ouch, again! (It was only two points and a poem.)

So that night we pulled the kids back into Christy’s bedroom for what seemed like Round 100 of Burns Family Devotions. Cathy said, “Tonight we are going to try something different for our family time. I want you to pick out a story and then rehearse it and act it out.”

The girls’ eyes lit up—everyone in our family is a frustrated movie star. Christy opened up her Bible storybook, and the first story was about Adam and Eve. “Let’s do this one. I want to be Eve.” Then the other girls chimed in that they also wanted to be Eve. No one wanted to be Adam; after all, he was a boy. Well, this started an argument among them.

I looked at Cathy and almost smiled that her idea wasn’t working either. Then I said to Christy, “You are the oldest. Adam was older than Eve, so you are Adam.” She asked if she could draw a mustache on her face, and I said sure. Rebecca and Heidi still both wanted to be Eve. I know that some of the Bible scholars reading this book won’t like my answer, but I was desperate so I said, “Fine, Rebecca you will be Eve, and Heidi you will be Evette, Eve’s little sister.” They chose me to be the snake.

The girls went into our bedroom to rehearse, but all I could hear was arguing over what outfits they were going to wear. I still didn’t have high hopes for family devotions Cathy-style. Finally, after some prodding, they paraded back into the main stage of Christy’s room. Christy came in wearing one of my Hawaiian shirts, a baseball cap and a mustache painted in permanent marker (but that’s another story!). Heidi strutted in wearing a Hawaiian hula outfit with the coconut shells for her top so crooked that they weren’t covering what they were supposed to cover. The girls had definitely chosen a Hawaiian Garden of Eden theme.

Then six-year-old Rebecca made her appearance as Eve. She was wearing, well, uh, nothing. Rebecca was absolutely stark naked. She looked at us, put her hands on her hips and blurted out, “She wasn’t wearing anything in the Garden, was she?” I looked at Cathy, and she looked at me. I said, “No, she wasn’t; but, Rebecca, if you are ever asked to do this play in Sunday School, you can’t wear your birthday suit.”

Now that the actresses were in costume, we were ready to begin the play. As you can imagine, the play was a success—and that’s pretty much how our children learned Bible stories. There were no more boring messages from Dad, and every devotional became interactive and experiential.

If you missed our webinar on How to Handle the Holidays, you can watch it here.