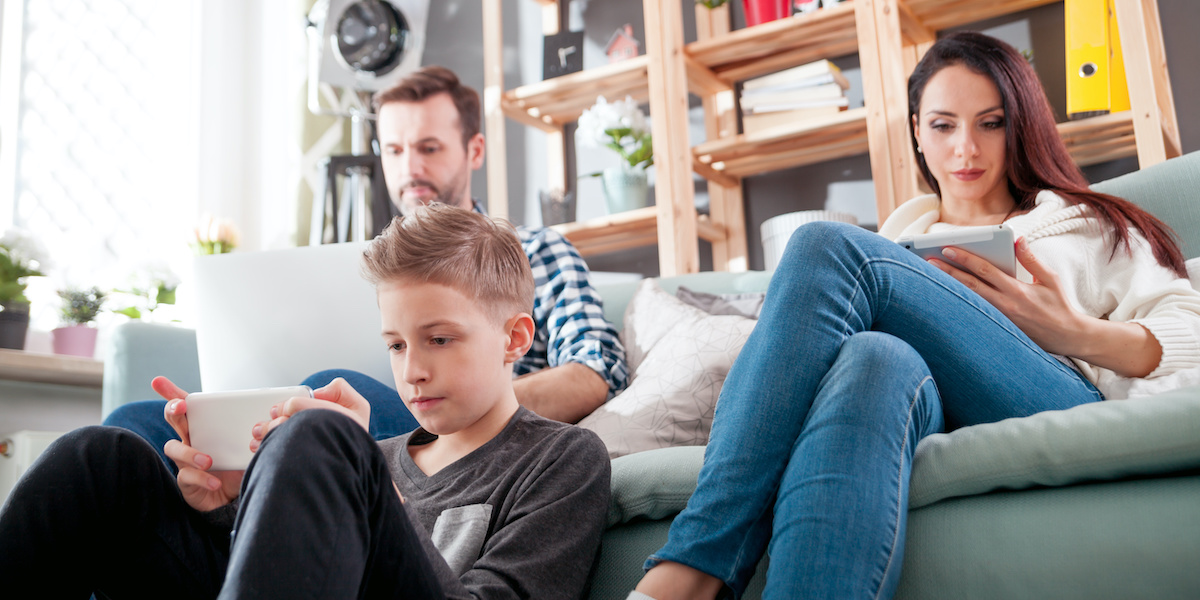 A new poll finds four in five American parents agree it’s harder to raise children today than when they were growing up.

The survey polled 2,000 American parents with school-aged children to see how they handle their kids in today’s digital age. Eight in 10 agree parenting is more challenging than 30 years ago due to the role technology plays in our everyday lives. Eighty-six percent of parents also agree that kids “grow up” much faster today thanks to tech.

The average parent gives their kids their first internet-connected device at just seven years old. Just under a quarter of respondents (23%) add they gave their child access to the web between the ages of three and five.

Conducted by OnePoll on behalf of Smith Micro Software, the survey finds that kids are spending an average of 43 percent of their free time on some type of internet-connected device – and the COVID-19 pandemic may have exasperated it.

Four in five parents admit they’ve allowed their kids to have more screen time to stay entertained due to the limits imposed on them due to the pandemic. In fact, four in 10 parents say their kid racks up five or more hours of entertainment-related screen time every day.