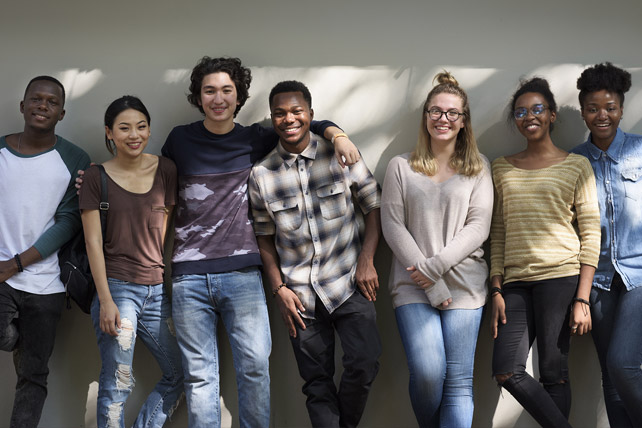 Joshua Pease has written a most interesting blog regarding Gen Z and their smart phone use. It’s a bit sobering and every parent will need to make sure they are doing what they can to create a media safe home.

The Danger More Pressing than Sex and Drugs for Generation Z

There’s troubling and encouraging findings for Generation Z in a new study of today’s teenager. For parents, pastors, and youth group leaders concerned with reaching “Generation Z,” this information is critical.

According to the research, teenagers in the early 2010s tried alcohol later and had sex far less often compared with their predecessors: About 54 percent of high-school students in 1991 reported having had sex, while only 41 percent did in the early 2010s. For student pastors who have been fighting the war against partying, pregnancies and STDs, this is encouraging news; however, the results seem to come with a cost.

Generation Z students (those born between the early 1990s and mid-2000s) are less likely to drive, work for pay, go on dates, or socialize without their parents. While at home, students are largely glued to their smartphones. They are highly active on social media sites that create an illusion of community that research shows actually increases isolation.

In an essay for The Atlantic, Jean M. Twenge, a professor of psychology at San Diego State University and the author of Generation Me and iGen, warns about the effect smartphone obsessionis having on teens: “the twin rise of the smartphone and social media has caused an earthquake of a magnitude we’ve not seen in a very long time, if ever. There is compelling evidence that the devices we’ve placed in young people’s hands are having profound effects on their lives—and making them seriously unhappy.”

Twenge speculates this may be why, for the first time in 24 years, suicide rates passed homicide rates as the leading cause of death for teenagers. It’s important to note that suicide rates were actually higher in 1991, before the advent of smartphones; however, Twenge says the research is clear that increased screen time coupled with isolation has a direct impact on a teenager’s mental health.

The more time teens spend looking at screens, the more likely they are to report symptoms of depression” Twenge said. “Eighth-graders who are heavy users of social media increase their risk of depression by 27 percent, while those who play sports, go to religious services, or even do homework more than the average teen cut their risk significantly.”

The mention of religious services is worth noting. While sexual purity and partying are certainly still worth talking about, church leaders working with teenagers might find the spiritual battle lines shifting from bad socialization to no socialization. Parents concerned about their kids’ bad moral choices might want to also consider the danger of overprotection and isolation.

Addressing the Sloth for Generation Z

So what’s the solution? One possibility is the reclamation of one of the “seven deadly sins”: Sloth. Sloth could be described as “a sin that believes in nothing, cares for nothing, seeks to know nothing, interferes with nothing, enjoys nothing, hates nothing, finds purpose in nothing, lives for nothing, and remains alive because there is nothing for which it will die.”

Anyone who’s found themselves glued to a smartphone knows what the above feels like—a numbing, isolating, apathy-inducing state where life becomes about a passive absorption of content rather than an active pursuit of a God-given identity.

In the absence of that, perhaps it’s not so surprising that teenagers find themselves at increased risk of anxiety, depression, and suicide. They’ve become addicted to the spiritual black hole of sloth. For pastors and parents then, it’s never been more important to direct students toward the fully-alive life offered in Christ.

What the Church Can Do to Reach Generation Z

Parents should encourage students to participate in extracurricular activities, join a church small group, and get a summer job. Student pastors should consider how they can help their students participate in community activities, discuss the dangers of sloth and isolation, and partner with parents on helping students be salt and light in the world.

It also means that the evangelical church should start developing a “theology” of smartphones that isn’t overly-reactive, while at the same time taking seriously the spiritual complication they present to the next generation.

The bottom line is that community is going to save the day for teenagers. Not just any community, but life-giving, gospel-centric community. That is something, I believe, the church can offer.