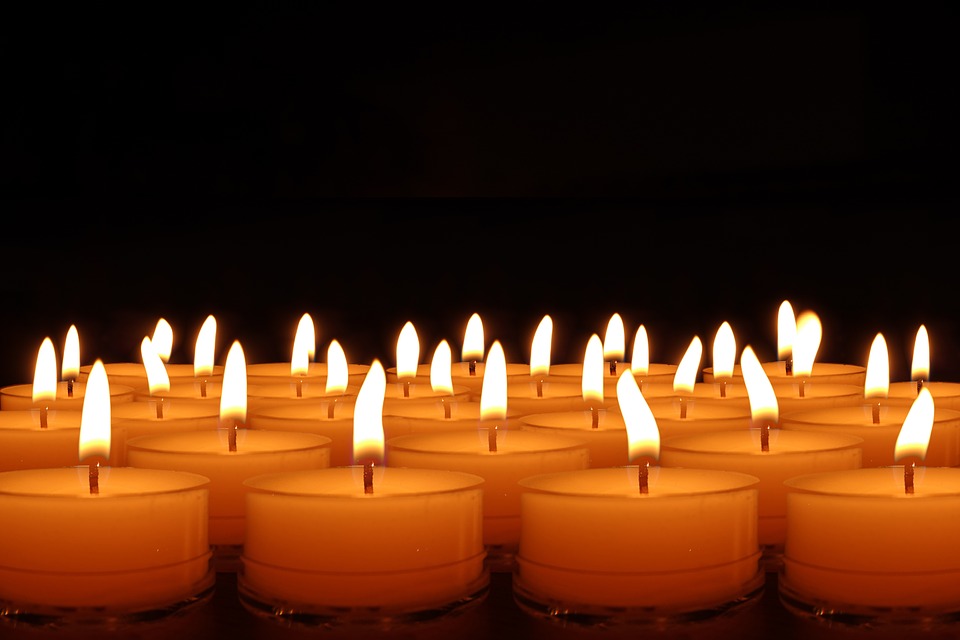 Nancy Guthrie has some great words of advice on how to deal with bitterness.

The Slow Burn of Bitterness

No one ever says, “When I grow up, I want to be bitter.” But life has a way of handing us hurts that can collect, insults and offenses that seem to stick to our souls and refuse to let go. Of course, we don’t want to see ourselves as bitter. And yet, when the word “forgiveness” comes up, we sometimes find ourselves becoming uncomfortable. We sense we’re about to be asked to do something we really don’t want to do. A face comes into view in our mind’s eye. A fire reignites inside us at the thought of what happened or what didn’t happen, what was said or what went unsaid, revealing that there are embers of unforgiveness smoldering inside us that threaten to burn forever if they are not doused for good.

But how will that ever happen? I can tell you how it happened for me.

THROWING LOGS ON THE FIRE

I was awake in the middle of the night doing what I had done many nights before—rehearsing the wrongs done to me by someone who had hurt me deeply. I had been studying John 16 that week, where Jesus promised that the Holy Spirit would come to convict the world of sin and guide His people into truth. Sure enough, that night as I lay awake, the Holy Spirit came to convict. I wanted to make it all about what had been done to me, but the Holy Spirit guided me into the truth of seeing the sin I was responsible for, the sin I needed to repent of—the sin of unforgiveness.

“I’ve tried to forgive,” I remember saying to God, “but these feelings just keep coming back.” I knew that on my own I could not work up what was needed to forgive and keep on forgiving. But, of course, if the Holy Spirit dwells in us, we are not on our own. I told God through tears that I would walk out my repentance by taking steps toward the person who had hurt me, and I asked Him for supernatural power to do what, to me, seemed impossible.

A week later, when I talked to that person, I was kind instead of cold, affirming instead of insulting, open to seeing the good instead of entrenched in assuming the worst. Over the months that followed, I kept choosing to refuse to throw logs on the fire of bitterness. I kept choosing to believe that pleasing God would be more delicious to me than the familiar taste of all of my angry feelings. The middle-of-the-night churning and rehearsing of wrongs stopped. And I was free.

DOUSING THE FIRE WITH MERCY

Of course, what often trips us up on the pathway toward forgiveness is our sense of justice. It doesn’t seem fair that we should have to bear the burden of the offense. So, how can we find our footing to forgive someone who, in our estimation, doesn’t deserve to be forgiven? That happens only when we come to see ourselves as people who don’t deserve to be forgiven but who have been granted a generous forgiveness. It’s only when we begin to see clearly the enormity of our offense against God, as well as the generosity of His forgiveness toward us, that the bitterness that has gripped our hearts can begin to be dislodged.

That’s no doubt what Jesus had in mind when He told the parable of the unforgiving debtor found in Matthew 18. There are really two debtors in the story, and the difference is in the amount they owe. The debt the servant owed the king was not just large; it was an incomprehensible amount of money, more than the servant could earn in a lifetime. The debt owed to the servant by a fellow servant was a mere three months’ wages.

The king’s generous forgiveness toward the servant illustrates the abundance of God’s forgiveness toward us. His mercy sets us free from the prison of an unpayable debt. Likewise, the unwillingness of the servant to forgive the small debt of a fellow servant is an unflattering portrayal of our unrelinquished resentments and our determination to make others pay for what they’ve done to us. The debts of others that loom so large in our estimation are dwarfed when we see them in comparison to our unpayable debt to God.

The parable ends, “Then the angry king sent the man to prison to be tortured until he had paid his entire debt.” Then Jesus adds, “That’s what my heavenly Father will do to you if you refuse to forgive your brothers and sisters from your heart” (Matt. 18:34–35). Can Jesus really mean this? Can He really mean that our unwillingness to forgive has something to do with our eternal destiny?

This doesn’t fit into our formulas for what it means to be a part of God’s family, yet we simply can’t water it down to weaken its clear and convicting message. Jesus is saying that if we’ve really come into His kingdom, where we’re breathing in an atmosphere of forgiveness, we’ll naturally be extending that forgiveness toward others. A person who has truly experienced the mercy of God will be merciful.

As we lean into and cherish that mercy, we begin to find it dislodging the bitterness that has made its home in our hearts. As we welcome the Spirit’s work in our lives, we find the fires of bitterness are being replaced by the fruit of the Spirit—love replacing contempt, joy replacing irritability, peace replacing angry thoughts, patience replacing our tendency to be so easily offended. We find ourselves increasingly able to be kind instead of cold, appreciating the good rather than looking for the bad, responding with gentleness instead of harsh words, faithful in friendship instead of settling for ongoing alienation, self-controlled instead of being forever controlled by bitterness. The fire goes out, and we are free.