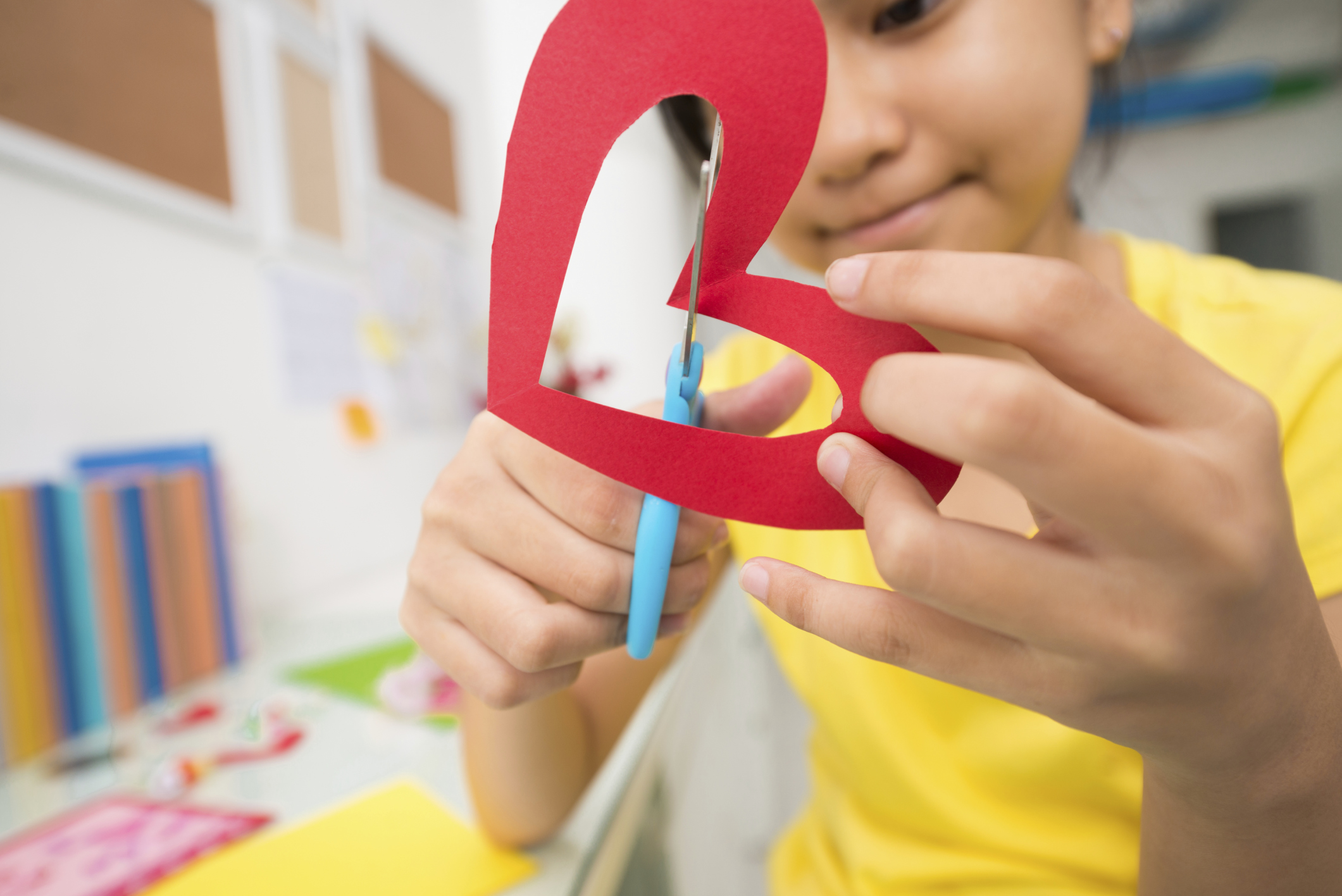 What Your Kid Isn’t Telling You

I was cutting out paper hearts with my four-year-old at the kitchen counter when it happened.

You can imagine: craft paper spread out around us, Elmer’s glue, the class roster, all the essentials for making valentines to give to each friend in her preschool class.  Hensley, unlike some girls her age, has never shown any particular interest in boys. She reads, imagines, draws, dresses up, and plays with boys and girls alike. I guess secretly I liked that she seemed silent on the idea of romance. She is four, let’s not rush it.

But then she gave herself away.

“Mama, when we make valentines, can we make Caleb’s first?”
It was subtle. No eye contact.

Okay. I thought. I’ll let it slide. I’ve never heard her talk about Caleb. Maybe it was a fluke.

“So, let’s make Caleb’s first. How do you spell Caleb? This one is for Caleb, right?”
Okay. It’s not a fluke.

In an instant, I realized I was “that parent.” The one who was shockingly out of touch with my own child.  (Also, don’t worry. I changed the little boy’s name in question – that would be embarrassing).

My daughter is only four. But I see now how easily it happens. As a volunteer with high schoolers, I always wondered how parents could miss it. But this is it.

There is a natural tendency to make assumptions about our children’s silence.

But just because our kids aren’t talking about something
doesn’t mean it isn’t real to them.

That’s why, as parents we have to become skilled at listening to the silence. Sure, we will miss some things along the way. No one is a perfect mind-reader. But it will help if we remember this:

Kids are people.
They feel all the things people feel.

They feel fear. They feel anxiety. They feel desire. They feel excitement. When we assume our kids aren’t experiencing these emotions, we can unknowingly send a signal that feeling these things is a bad thing. Maybe another way to say it is this: When we don’t talk about the things they don’t talk about, we communicate some things are unspeakable.

Kids, teenagers…people need a safe place to talk through what they feel. In the case of my four-year-old daughter, the unspoken was a simple confession of interest. There was no need to make an elaborate moment out of the situation. We didn’t make “Caleb” a special valentine. Trust me, I won’t begin calling him her “boyfriend” or asking if they want to get married. Honestly, my natural tendency is to ignore, minimize and suppress any suggestion of romance my children may express before their thirtieth birthday. That’s why I’m not even sure if my response in that moment was the right one. (I was pretty caught off guard).

But if I’m not careful I could risk only seeing the version of my daughter that i want to see, and miss out on knowing my daughter as she really is. As she grows up, I want to keep my ears open. I want to hear what she says and what she doesn’t say, so I can continue to know her better than I do now.
if I’m going to get better at listening to what’s not being said, I think I need to work on a few things as a parent.

I want to be better at imagining what they might be feeling.
I want to open the door for them to talk about things they might not know how to bring up on their own.
I want to respond to clues about their emotions by giving them a safe place to talk.