A big-picture relational truth that can serve as a foundation for understanding marital conflict is this: relationships are messy. You married an imperfect person, and your spouse happened to marry one too.

Sarah: Yeah, speaking about conflict, we don’t resolve our conflicts very well. We seem to argue at the same things over and over again. How do we learn to communicate more clearly and lovingly towards each other?

Jim: Yeah, well in this series, we’ve made some pretty blanket statements, like there’s no such thing as a perfect marriage, that you married somebody who’s different. You’re weird, they’re strange. Here’s another one of those big statements. Everybody’s messy. Everybody’s broken. Conflict is normal. Because people are messy, there’s going to be conflict. Now, when people who study marriage, what they find is that a healthy marriage is not necessarily a marriage that argues or fights less. It’s the couples that actually know what to do with their fights and know what to do with their arguments. You could argue a lot, but if you manage them well, that’s a big part of it.

Here’s what we describe in the book about fighting fear. You’ve heard a lot of people say fight fair, we talk about fighting fear. The idea is that for all of us, we have fears. We have fears that we live with. My fear is that I’m not good enough. It’s a relational fear. It’s not fear like scared of the dark. It’s more of a relational fear, like fear of rejection, fear of disconnection, fear of failure, fear of loss, fear of manipulation or invalidation. My fear is that I’m not good enough.

Now, if Cathy somehow pushes at that fear… now in the book, what we talk about is that fear is laying on the couch, kicking back and the doorbell rings, and the fear, bam, wakes up. That’s what happens when something in our relationship will trigger me to wake up, where I’m feeling like I’m not good enough.

Now what happens when that fear comes up and I’m not good enough, I then lash out. I have a negative response. And what I do is, I go quiet. I go passive/aggressive. I see some of you turning and facing one another. You do that, too. One of you guys were doing that. Who does it in your… he does. Okay, you and I, we’re brothers right now. When we’re hurt, when we’re wounded, when I don’t feel like I’m good enough, I go quiet and I go passive/aggressive.

Now watch what happens. Cathy’s primary fear is she has a fear of being disconnected. It’s part of her script. It’s part of her makeup. It’s how she grew up. It’s just the legitimate fear of being disconnected. Well, what do you think happens when I go quiet? It pushes her fear, and then her fear wakes up, and then what she does is she just disengages. Now what happens when she disengages, what it does for me, makes me feel like I’m not good enough.

As you see in the book, we have a little graphic. And it’s my button. My button is I’m not good enough, and when my button is pushed, I respond by going quiet, passive. That then triggers her button, her fear of being disconnected, and then she just disengages, which then pushes my button again. And here’s what happens. Our fears just chase one another. You could take just about any fight that you have. And you say, “Well, we fight over money or the kids or time.”

No, you really don’t. You fight over your fear coming alive, because you put in the middle of that diagram, you could put anything in there, and what happens, it pushes your fear. What we want to do and what we want to teach you to do that can be revolutionary for your marriage is for you to identify what is your real trigger? Because it’s not sex or money or the kids. There’s some real fear. And once you know what that fear is, you can actually begin to replace it with the truth, one of God’s truths. When my fear is I’m not good enough, the truth is, you know what? Scripture says I am good enough. And then instead of a negative response, I can choose a positive response.

Really, what we want you to do is work through this. If you haven’t done this chapter already, work through it. Find out what is your relational fear? What is your default negative response? And then share with one another what that is, and just see if they chase one another, and chances are real good that they do.

Speaker 1: In previous sessions, we were talking about course corrections. That’s a marriage. A marriage is thousands of course corrections, and almost all of them involve forgiveness. There are some key phrases that will help in your marriage, especially if you can establish these in your first few years, you will be golden.

Here are some words: I’m sorry and will you forgive me? And I forgive you. See, we’ve grown up with this fable of forgive and forget. That’s not real. It’s just not real. You can forgive, but you don’t forget. That lingers on. And those of us who are people of faith, we don’t forget what Jesus did on the cross. We’re able to forgive others because he forgave us. We can forgive, but we don’t forget what Jesus did for us, and because he forgave us, we have the power and the strength to forgive others.

And that’s what makes a healthy marriage. It’s just those thousands of little I’m sorries, will you forgive me? I forgive you. There is a faith element to forgiveness, but ultimately, however, you look at conflict, it has to end with forgiveness.

Jim: With forgiveness. And it’s interesting you said that because for me, I look at myself sometimes as so arrogant, because every morning I ask God to forgive me. And I believe as a Christian that Jesus Christ hung on a cross and that was part of the forgiveness of me to have a new life and an eternal life. And so I’m asking God for forgiveness for some big stuff and I’m not forgiving Cathy for some little stuff. Again, sometimes you can even look at it as arrogance. When you get the fear factor done and you begin to learn that, as you learn to do conflict, I really believe, and I know Doug does, too, that forgiveness becomes easier and forgiveness becomes the one aspect that will drive your marriage to a greater place.

Speaker 1: Yeah, well, look. Who doesn’t love to talk about conflict with their spouse? We’ve given you a lot to think about. Now it’s your turn. It’s your turn to talk to one another, to turn to one another. Maybe even evaluate yourself. How do you think we’re doing when it comes to conflict and our conflict management? What about the fears that he talked about? What am I afraid of and what button do I push in you? Maybe you could even dream up what you’re more positive response would be, and that would be a good discussion, as well.

Here’s the deal. There is so much in marriage, and your first few years of marriage, if you can get a few things right, you are going to set the course for a very healthy marriage, and that’s what we want. 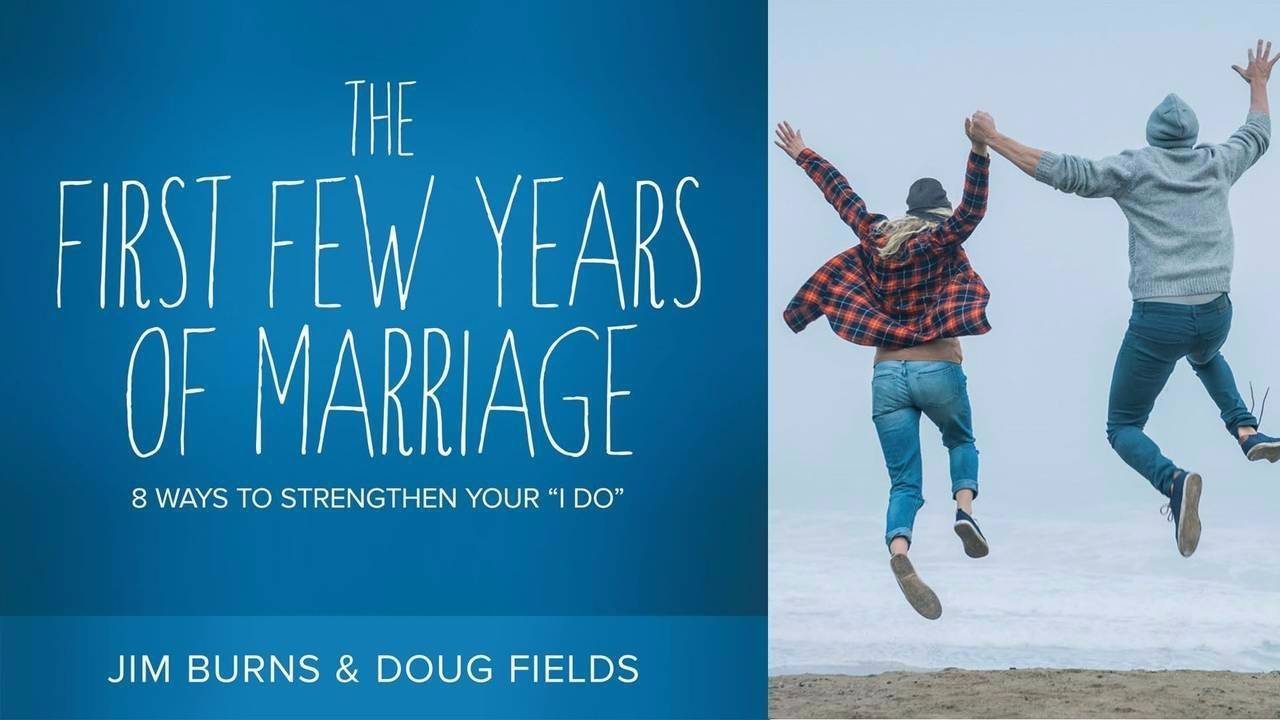