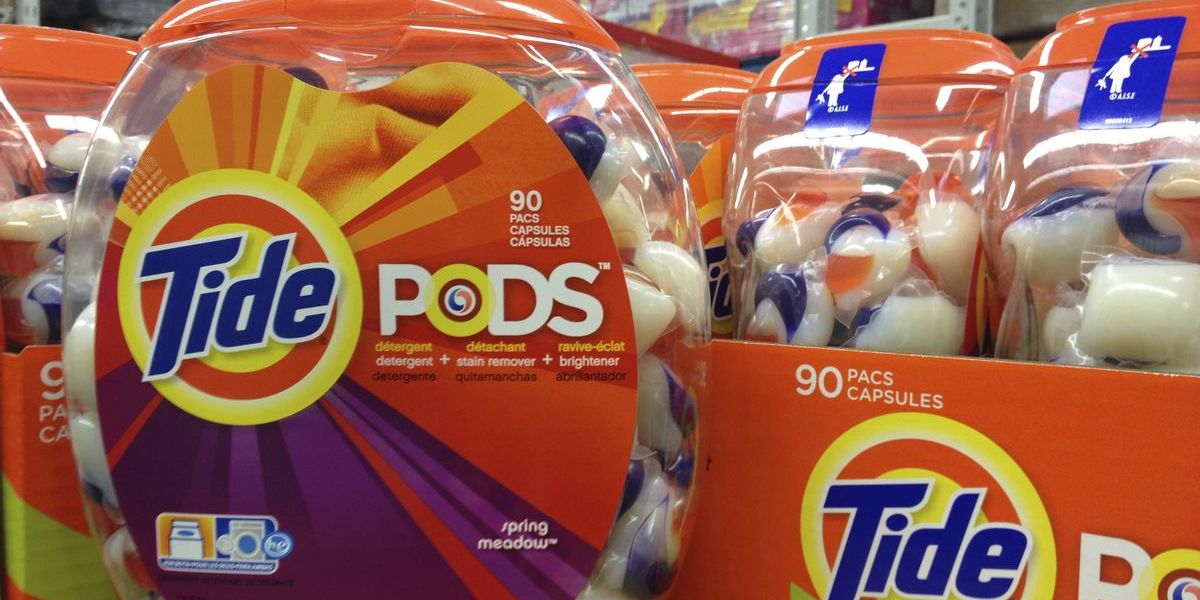 *The following is excerpted from online articles posted on CBS News and TechCrunch.

A government watchdog is expressing concern over the dangerous misuse of a laundry detergent. In this latest social media fad, teenagers are putting detergent pods in their mouths in what’s being called the “Tide Pod Challenge.”

Ingredients in the pods include ethanol, hydrogen peroxide and polymers – a highly-toxic mix of detergent meant to wipe out dirt and grime. Manufacturers have been concerned about toddlers mistakenly ingesting them, but now teens are popping them on purpose and posting videos of the results online, reports CBS News correspondent Anna Werner.

Nineteen-year-old Marc Pagan, who did it on a dare, told CBS News he knew better but did it anyway.

“A lot of people were just saying how stupid I was or how – why would I be willing to do that,” he said. “No one should be putting anything like that in their mouths, you know?”

“This is what started out as a joke on the internet and now it’s just gone too far,” Buerkle said.

The pods are bright and colorful and to children they can look like candy. At least 10 deaths have been linked to ingesting these pods. Two were toddlers, eight were seniors with dementia.

Procter & Gamble, the maker of Tide products, told CBS News: “They should not be played with… Even if meant as a joke. Safety is no laughing matter.”
—CBS News

YouTube appears to be trying to get ahead of any wider societal outcry over (yet more) algorithmically accelerated idiocy on its platform — i.e. when sane people realize kids have been filming themselves eating detergent just to try to go viral on YouTube — and is removing Tide Pod Challenge videos.

A YouTube spokesperson sent us the following statement on this: “YouTube’s Community Guidelines prohibit content that’s intended to encourage dangerous activities that have an inherent risk of physical harm. We work to quickly remove flagged videos that violate our policies.”

At the time of writing it’s still possible to find Tide Pod Challenge videos on YouTube, though most of the videos being surfaced seem to be denouncing the stupidity of the ‘challenge’ (even if they have clickbait-y titles that claim they’re going to eat the pods — hey, savvy YouTubers know a good viral backlash bandwagon to jump on when they see one!).
—TechCrunch