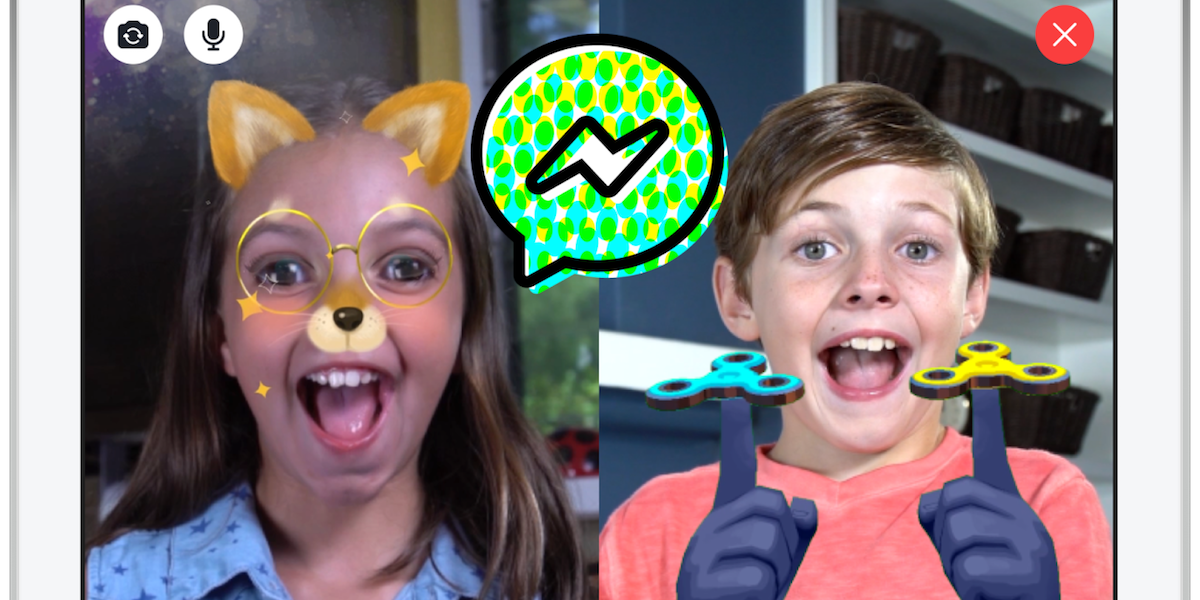 A coalition of child health advocates has published an open letter to Facebook CEO Mark Zuckerberg calling for the company to shutter Messenger Kids: the Snapchat-ish app it launched in the US last December — targeted at the under 13s.

At the time Facebook described Messenger Kids as an “easier and safer way” for kids to video chat and message with family and friends.

At launch Facebook also emphasized there were “no ads” or paid content downloads inside the app, and also claimed: “Your child’s information isn’t used for ads.”

Though that particular message coming from a people-profiling ad giant whose business model entirely depends on encouraging usage of its products in order to harvest user data for ad targeting purposes can only hold so much water. And the company has been accused of trying to use Messenger Kids as, essentially, a ‘gateway drug’ to familiarize preschoolers with its products — to have a better chance of onboarding them into its ad-targeting mainstream product when they become teenagers.

Spearheading a campaign against Facebook Messenger Kids, Boston-based not-for-profit the Campaign for a Commercial-Free Childhood has gathered together a coalition of around 100 child health advocates and groups to sign its open letter. It’s also running a public petition — under the slogan ‘no Facebook for five year olds’.

In the letter the group describes it as “particularly irresponsible” of Facebook to have launched an app targeting preschoolers at a time when they say there is “mounting concern about how social media use affects adolescents’ wellbeing”.

“Younger children are simply not ready to have social media accounts,” the coalition argues in the letter. “They are not old enough to navigate the complexities of online relationships, which often lead to misunderstandings and conflicts even among more mature users. They also do not have a fully developed understanding of privacy, including what’s appropriate to share with others and who has access to their conversations, pictures, and videos.”

“Already, adolescents report difficulty moderating their own social media use,” they write. “Messenger Kids will exacerbate this problem, as the anticipation of friends’ responses will be a powerful incentive for children to check – and stay on – a phone or tablet.

The group goes on to rebut Facebook’s claims that Messenger Kids helps brings remote families closer — by pointing out that a dedicated Facebook app is not necessary for children to keep in touch with long distance relatives, and citing the plethora of alternative options that can be used for that (such as using a parents’ Facebook or Skype account or Apple’s FaceTime or just making an old fashioned telephone call) which do not require kids to have their own account on any app.

“[T]he app’s overall impact on families and society is likely to be negative, normalizing social media use among young children and creating peer pressure for kids to sign up for their first account,” they argue, adding: “Raising children in our new digital age is difficult enough. We ask that you do not use Facebook’s enormous reach and influence to make it even harder. Please make a strong statement that Facebook is committed to the wellbeing of children and society by pulling the plug on Messenger Kids.”