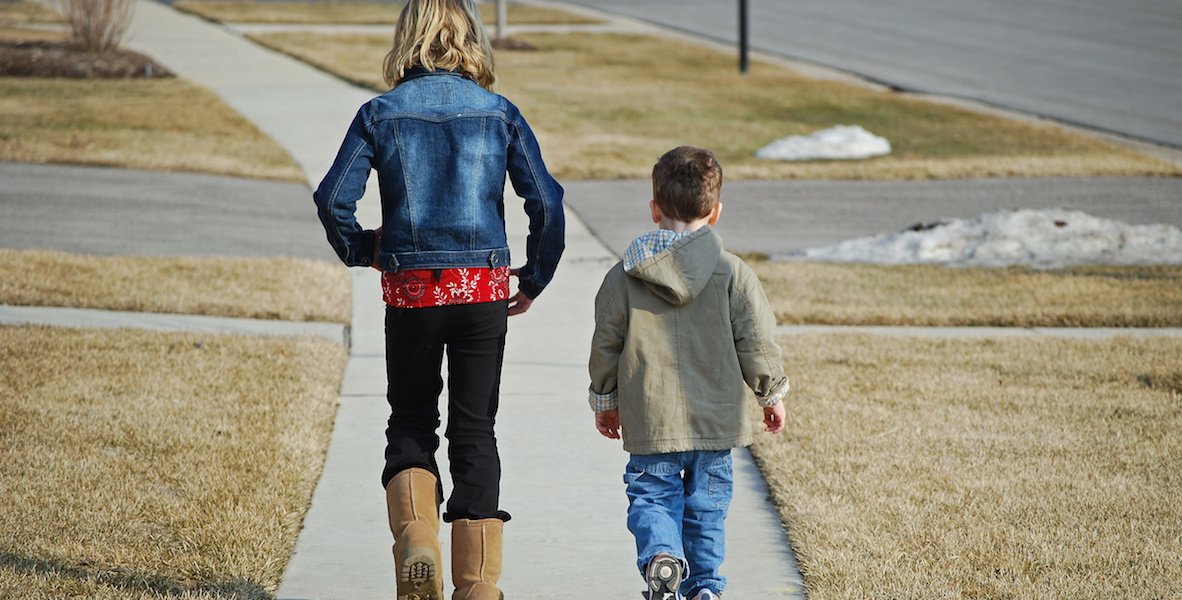 Utah Gov. Gary R. Herbert (R) signed the “free-range parenting” bill into law earlier this month after it passed unanimously in both chambers of Utah’s legislature. It’s believed to be the first such law in the United States.

The measure, sponsored by Utah state Sen. Lincoln Fillmore (R), exempts from the definition of child neglect various activities children can do without supervision, permitting “a child, whose basic needs are met and who is of sufficient age and maturity to avoid harm or unreasonable risk of harm, to engage in independent activities …”

Under the law, state child-welfare authorities can no longer take children away from their parents if their kids are caught doing those various activities alone, as long as their kids are adequately fed, clothed and cared for.

“As a society, we’ve kind of erred, as our pendulum has swung for children’s safety, a little bit too much to the side of helicopter parenting, right?” Fillmore told Fox 13 earlier this year, while the bill was in committee. “We want kids to be able to learn how to navigate the world so when they’re adults they’re fully prepared to handle things on their own.”

State officials and lawmakers had said that Utah was not in the business anyway of arresting parents for letting their kids walk around the neighborhood alone — but lawmakers were driven to pass the law after hearing of such cases in other states.

The law would conceivably have protected parents like Danielle and Alexander Meitiv, who were charged with child neglect twice in 2015 for letting their kids — ages 10 and 6 — walk home by themselves from a nearby Silver Spring, Md., park. In both cases, police picked the kids up, Child Protective Services was notified and an investigation was quickly opened. In both cases, they were cleared.

They, too, called themselves “free-range parents,” in interviews with The Washington Post.

“The world is actually even safer than when I was a child,” Danielle Meitiv said at the time, “and I just want to give them the same freedom and independence that I had — basically an old-fashioned childhood. I think it’s absolutely critical for their development — to learn responsibility, to experience the world, to gain confidence and competency.”

Critics, of course, have argued that the “free-range parenting” style is not safest for children, despite the fact that stranger abduction is rare. A bill similar to the one that passed in Utah was proposed in the Arkansas legislature last year, but died in a House committee, overshadowed by fears of child abduction.