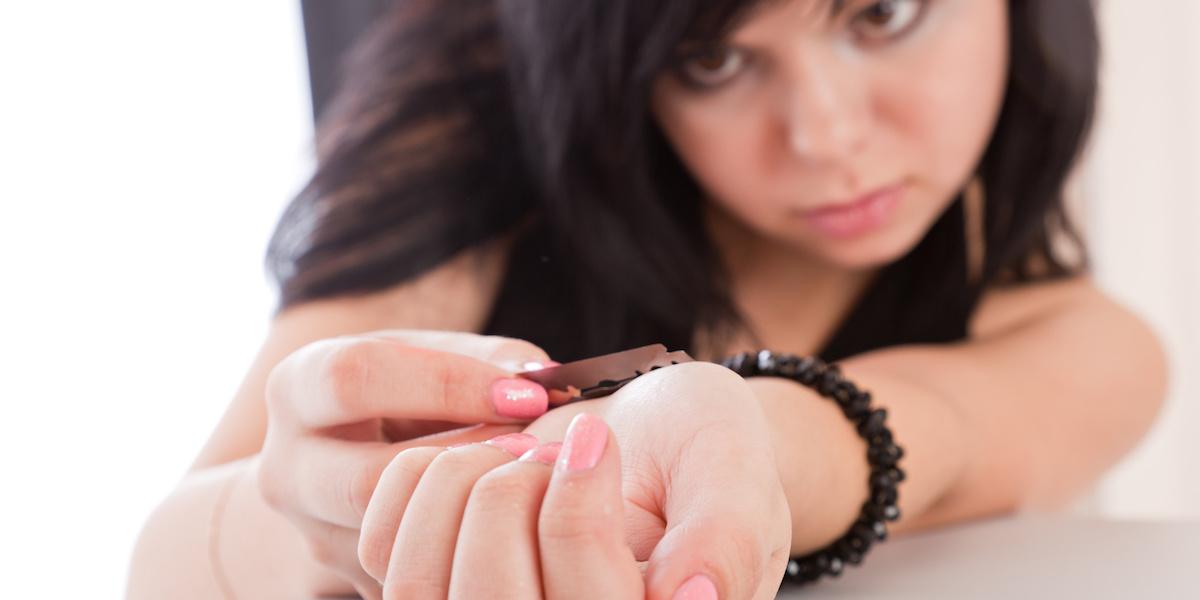 *The following is excerpted from an online article posted on PRNewswire.

According to a new study from the University of Portland, this year 1 in 4 high school girls will deliberately injure themselves by methods as extreme as cutting themselves or burning their own skin.

The study, the first of its kind to use weighted probability sampling, reveals significantly high levels of deliberate, non-suicidal self-injury among large, representative, non-clinical samples of U.S. high school students (n=64,671). Using Centers for Disease Control data from 11 states collected in 2015, the study shows that about 1 in 4 high school girls and about 1 in 10 high school boys deliberately hurt themselves without trying to kill themselves during the previous 12 months. Individual states had substantially different rates of self-injury, with boys ranging from 6.4% (Delaware) to 14.8% (Nevada) and girls from 17.7% (Delaware) to 30.8% (Idaho).

Among the patterns the study revealed was that the behavior was more commonly reported among 14-year olds and diminished with age. Rates were higher among students identifying as Native American, Hispanic, or Whites than they were among those identifying as Asian or Black.

Consistent with other studies, adolescents were more likely to report deliberate self-injury if they noted being sad or thinking about or attempting suicide. Drug and alcohol use were also associated with self-injury, as was fighting, being electronically bullied, or having experienced forced sex.

The findings are timely, as public concern with adolescent mental health has grown. Additionally, though deliberate self-injury is different than suicide, persons who self-injure are also more likely to consider and attempt suicide.

The study was published in the American Journal of Public Health.