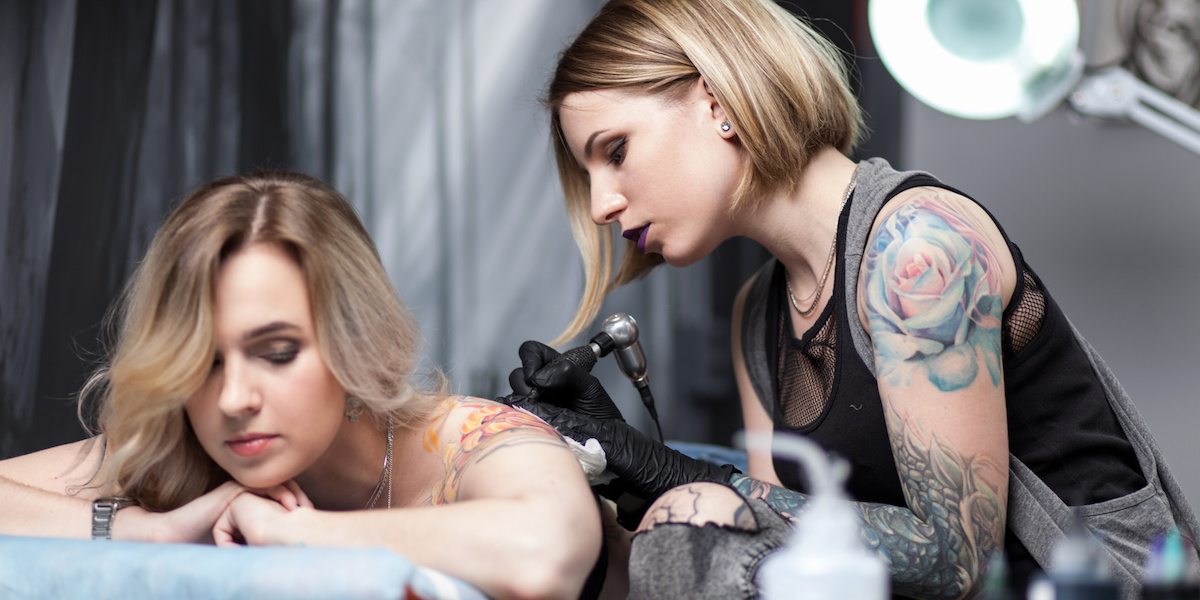 Even though about a third of parents in the U.S. have tattoos themselves, 78 percent with teenaged children would flat-out say “no” if their teen requested one, a new study finds.

University of Michigan researchers questioned more than 1,000 parents about their experiences with teens and body art. While one in ten of the parents surveyed thought tattoos might be fine as a reward or to signify a special occasion, more than half had concerns about unwanted health, social, or professional outcomes.

“As tattoos become increasingly popular across all age groups, more parents are navigating discussions about tattoos with their children,” says pediatrician Gary Freed, who co-directed the survey, in a statement.

The nationally representative poll surveyed 1,018 parents of at least one teen between the ages of 13 and 18. Responses indicate that many of the parents have already faced a tattoo request. Older teens are more likely to pose the question, with 27 percent of 16- to 18-year-olds asking their parents for the nod, compared to 11 percent of younger teens (ages 13 to 15).

Surprisingly, 32 percent of parents surveyed have a tattoo themselves, but just five percent of the teens sport one.

Most parents (63 percent) think of tattoos as another way teens express themselves, akin to dying hair or making a fashion statement. But they are thankful for strong state laws that require parental consent for tattoos in the under-18 group.

The biggest fear of parents is that their child will be sorry they got the tattoo, with 68 percent voicing this concern. Other social-related concerns are how a tattoo might negatively impact employment possibilities (50 percent) and that the parents themselves would be judged for allowing their child to get a tattoo (24 percent).

Parents biggest health concerns involved infection or scarring (53 percent) and the risks for such transmittable diseases as hepatitis or HIV (50 percent).

The topic of teen tattoos is likely here to stay. According to a Pew Research Study cited in a 2017 report by the American Academy of Pediatrics, about 38 percent of adults ages 18 to 29 have at least one tattoo. The report suggests that pediatricians become better informed so they can talk about potential health risks with teenage patients.

The findings from the C.S. Mott Children’s Hospital National Poll on Children’s Health were published in a report released in August 2018.