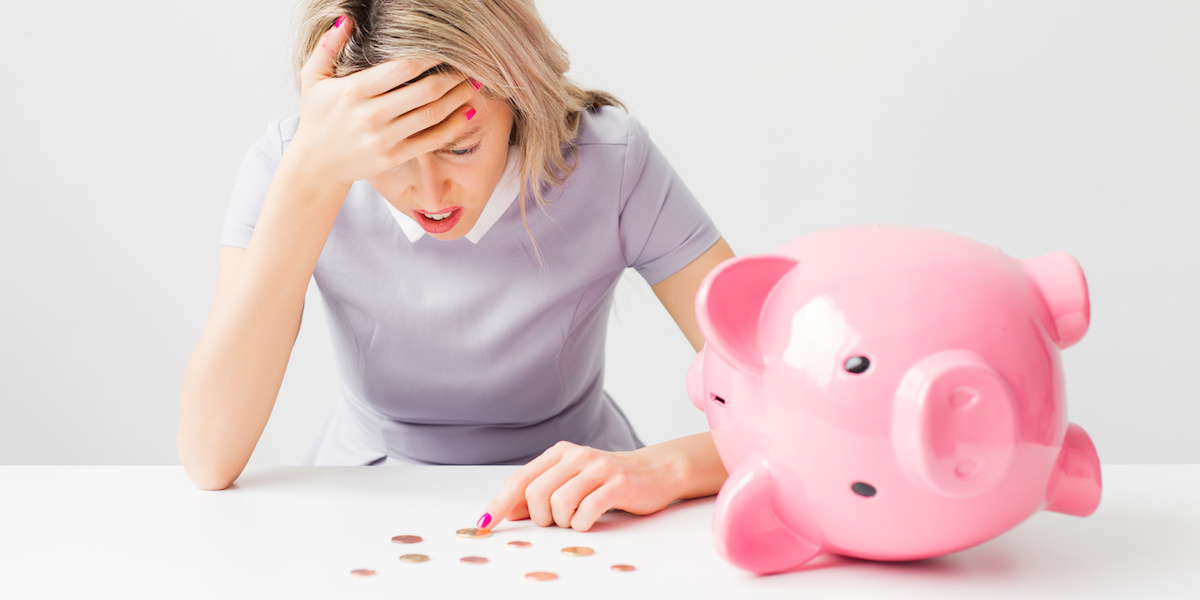 America’s teenagers have a lot on their minds. They worry about school, about fitting in, about guns, about the environment, about just figuring out who they really are. But given that for the most part, mom and dad are still paying the bills, you might be surprised at how many of them are already worrying about money and their financial futures.

According to a new survey from Junior Achievement and Citizen’s Bank, 45% of teens say they’re worried they won’t be able to afford to live on their own when they reach adulthood, while 47% are worried about paying for college. The study also showed that 40% worry about finding a fulfilling, well-paying job, and 33% are concerned that they don’t know enough about how to manage money.

“These survey findings show a disconcerting lack of confidence among teens when it comes to achieving financial goals,” said Jack Kosakowski, CEO of Junior Achievement USA, in a press release. “With a strong economy, you would think teens would be more optimistic. It just demonstrates the importance of working with young people to help them better understand financial concepts and gain confidence in their ability to manage their financial futures.”

Considering the historically low unemployment rate in the U.S. today, there’s a fair amount of pessimism baked into the fact that 62% of those surveyed listed just getting a full-time job as one of their top financial goals for the future – making it the most common response. A similar percentage of teenagers (59%) said that graduating from a four-year school was a top goal. And 53% want to reach a level of financial independence such that they’re no longer relying on monetary help from their parents. But 37% said they don’t expect to hit that last milestone before they are 30.

In the slightly longer term, 74% of teenagers believe they’ll own a car by the time they are 30, but only 60% expect to own a home at that age. In addition, 44% of those surveyed expect to be saving for retirement by the time they hit 30, while 43% expect to have their student loans paid off.