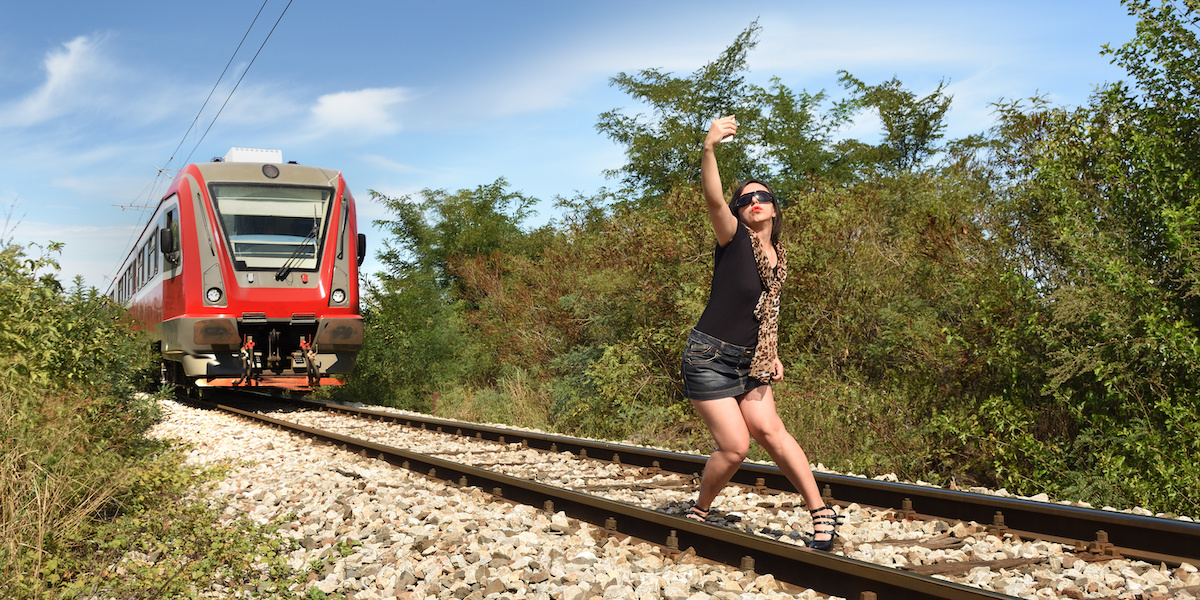 Selfie-mania has plagued the world for years now as the never-ending pursuit of the perfect photo continues to reach new heights.

Risk takers flock to the edges of cliffs and skyscrapers to take a pic as they dangle their feet off the edge to share with friends on social media platforms like Instagram and Facebook. Image-obsessed adults go under the knife, requesting surgeries to make them look like Snapchat-filtered versions of themselves in real life.

And even those who aren’t as daring when “doing it for the ‘gram” might be at risk of developing unofficial mental disorders such as “selfitis” and Snapchat dysmorphia.

“Selfie or it didn’t happen” is all fun and games, but at what point does curiosity and leisure cross over into an unhealthy obsession?

Every month in 2019 so far, someone has been critically injured or died while attempting to take a selfie.

In April, a 20-year-old university student fell about 100 feet to her death while hiking on a class trip to the Ozarks. In March, an international tourist who was in his 50s fell hundreds of feet into the canyon while attempting to snap a photo at Eagle Point.

In February, a Texas teen managed to survive a 50-foot fall from a bridge while taking a selfie, according to local media. And in January, a man died after falling off the Cliffs of Moher in Ireland while trying to snap a photo. His body was retrieved from the water below the cliffs via helicopter, according to the Irish Times.

As the self-snapped photos have increased in popularity so has the pressure to capture a death-defying picture that can take the internet by storm.

That’s what birthed the “killfie.”

A killfie is a selfie you take in a risky or astonishing position at a dangerous location, and sadly the trend has led to a rise in actual selfie deaths, a 2018 study found.

Researchers at the All India Institute of Medical Sciences in New Delhi found 259 people died while attempting to take a selfie between October 2011 and November 2017. Deaths rose from two reported in 2011 to 98 in 2016. The number of selfie deaths last year dipped to 93, the study said.

Findings were published in the Journal of Family Medicine and Primary Care.

What drives people literally to the edge for a photo?  Dr. Aaron Balick, author of The Psychodynamics of Social Networking, says people could be blinded by “the perceived need of their imagined audience.”

“For most people, their survival instinct will supersede their validation instinct. For others, the opportunity for a photo supersedes personal safety at that moment. It’s almost like you get possessed.”

Experts say that the behavior can be rooted in a form of narcissism that’s directly connected to the human ego.

“We all have an ego. We all need recognition from peers and when people take selfies, it’s generally to fulfill the ego’s need for recognition,” Balick said. Although sometimes, people use selfies to get validation, which he calls a “low complexity version of recognition.”

“Validation is like a pat on the back. It’s like a well done or a ‘you’re pretty’ or ‘you’re smart.’ It’s a thumbs up. That’s what really gets you in trouble when you need recognition but you seek validation.”