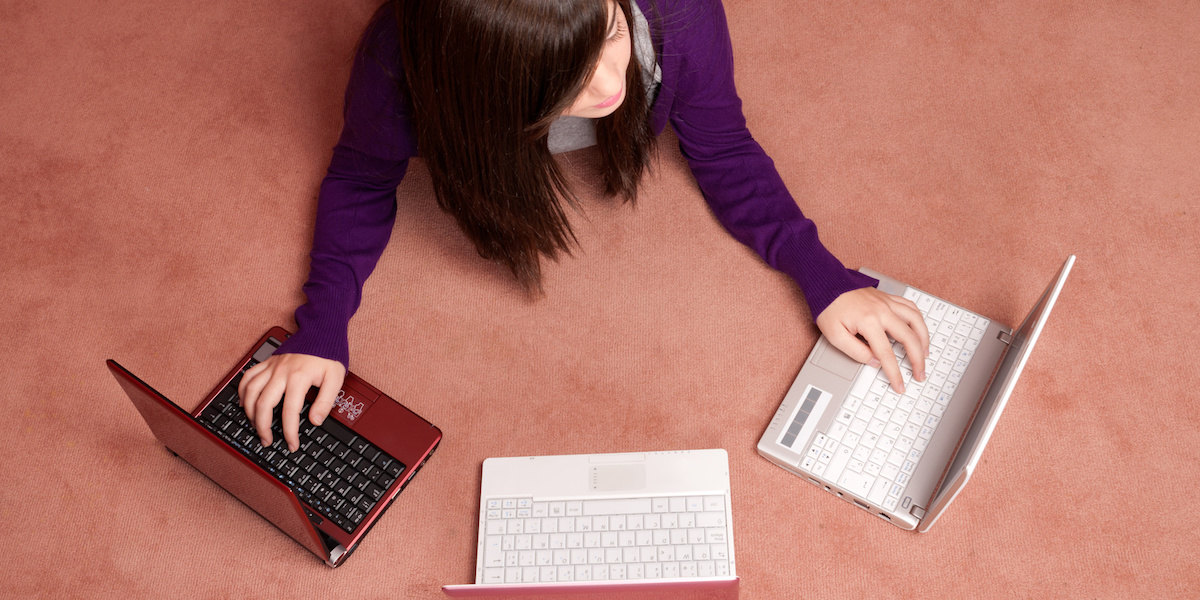 Two-thirds of children use more than one screen at the same time after school, in the evenings, and at weekends as part of increasingly sedentary lifestyles, according to new research at the University of Leicester.

A National Institute for Public Health Research (NIHR) study of more than 800 adolescent girls between the ages of 11 and 14 identified worrying trends between screen use and lower physical activity — including higher BMI — as well as less sleep.

The use of concurrent screens (termed ‘screen stacking’) grew over the course of the week — with 59% of adolescents using two or more screens after school, 65% in the evenings, and 68% at weekends.

Some teens reporting using as many as four screens at one time.

But further analysis showed the use of any screen was still detrimental to the indicators of health and wellbeing. More than 90% owned or had access to a smartphone and using this after school had a negative effect on their sleep.

Researchers from the Leicester Diabetes Centre at the University measured physical activity and sleep using accelerometers worn on participants’ wrists, while those involved in the study self-reported the number of screens they were using at the same time — such as scrolling on a mobile phone while also watching TV — as well as perceptions of self-esteem and physical self-worth.

Melanie Davies, Professor of Diabetes Medicine at the University of Leicester and Co-Director of the Leicester Diabetes Centre based at Leicester General Hospital, said:

“Sadly, this study reminds us that we are in danger of creating a new generation of sedentary children. Increased sedentary time is closely linked to type 2 diabetes, which is increasing in younger age groups.

“The number of young people with type 2 diabetes has gone up by 50% in just five years.”