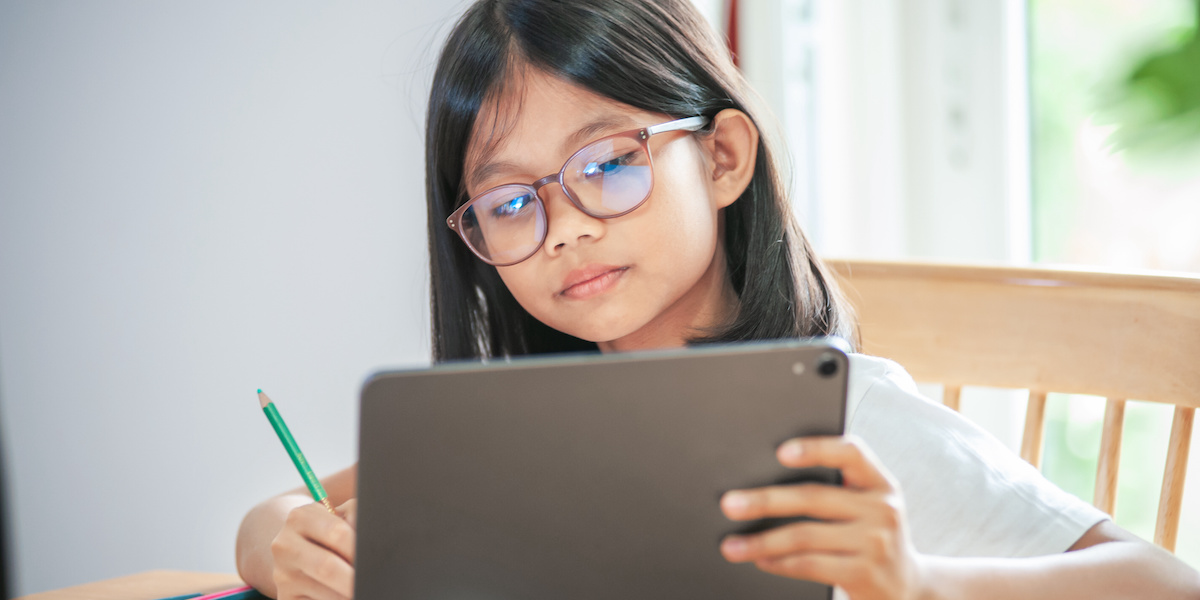 Students who wear glasses often get a reputation for being “the smart kids,” but a new study finds eyeglasses could help unlock the intelligence in many children who unknowingly have weak eyesight. Researchers from Johns Hopkins University found that getting students the glasses they need significantly boosts their academic performance over the next school year.

During a three-year clinical trial, children receiving new glasses through the Vision for Baltimore program scored higher on reading and math tests in comparison to students who did not get glasses or got them later on. Vision for Baltimore launched in 2016 after John Hopkins researchers discovered a serious need for vision care among the city’s public school students. They found that up to 15,000 of Baltimore’s 60,000 pre-K through 8th-grade students needed glasses, but many either didn’t know or their families didn’t have the means to get them.

From 2016 to 2019, the team studied the performance of 2,304 students between grades 3 and 7 who received an eye health screening, eye exam, and new glasses from Vision for Baltimore. Researchers looked that their results in standardized reading and math tests at one and two-year intervals.

“We rigorously demonstrated that giving kids the glasses they need helps them succeed in school,” says senior author Megan Collins, a pediatric ophthalmologist and an associate faculty member at the Johns Hopkins Berman Institute of Bioethics, in a university release. “The success of the Vision for Baltimore program model and research findings could advance health and educational equity for students across the country.”