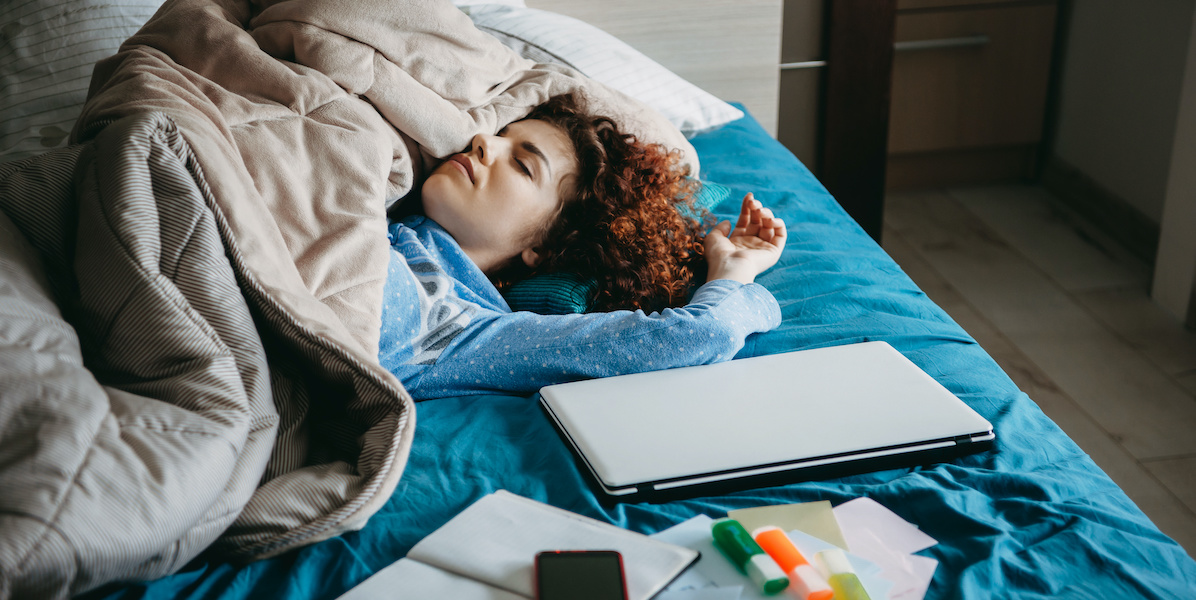 New research from Tim Bono, lecturer in psychological and brain sciences in Arts & Sciences at Washington University in St. Louis, found that students who get a good night’s sleep night in and night out earn higher marks and feel a stronger sense of well-being than those with fluctuating sleep schedules.

“You can’t skimp on sleep one night and expect you will ‘catch up’ the next,'” Bono said.

Bono’s study, published recently in Psychology, Health & Medicine, tracked the sleep habits of 97 Washington University first-year students during their first semester on campus. The students who reported the most stable, consistent sleep patterns earned a GPA of 3.66, on average, while the students with the most variable sleep earned a GPA of 3.21. Students with regular sleep patterns also reported higher levels of well-being. These effects held even when controlling for SAT scores and baseline happiness.

Although getting four hours of sleep some nights, and 12 on others might average to eight, that’s not the same as getting eight hours on a regular basis.

“It all comes back to our circadian rhythm—that comes from the Latin for circa, meaning around, and diem, meaning day,” Bono said. “It doesn’t matter what the clock on your desk says. Your body has its own internal clock. An erratic sleep cycle is inconsistent with the body’s natural cycles.”

“As homework and activities pile up, sleep is often the first to go. And that’s a problem because when we go to sleep, the brain goes to work,” Bono said. “During sleep, the brain transfers information you have learned to storage regions like the hippocampus so you can later retrieve that material.”

Bono advises his students to set a sleep schedule. He personally uses a sleep app to make sure he gets to bed at the same time every night. Bono also tells students to stop scrolling an hour before sleep as the light that emanates from devices suppresses the release of melatonin, the hormone that makes us drowsy.