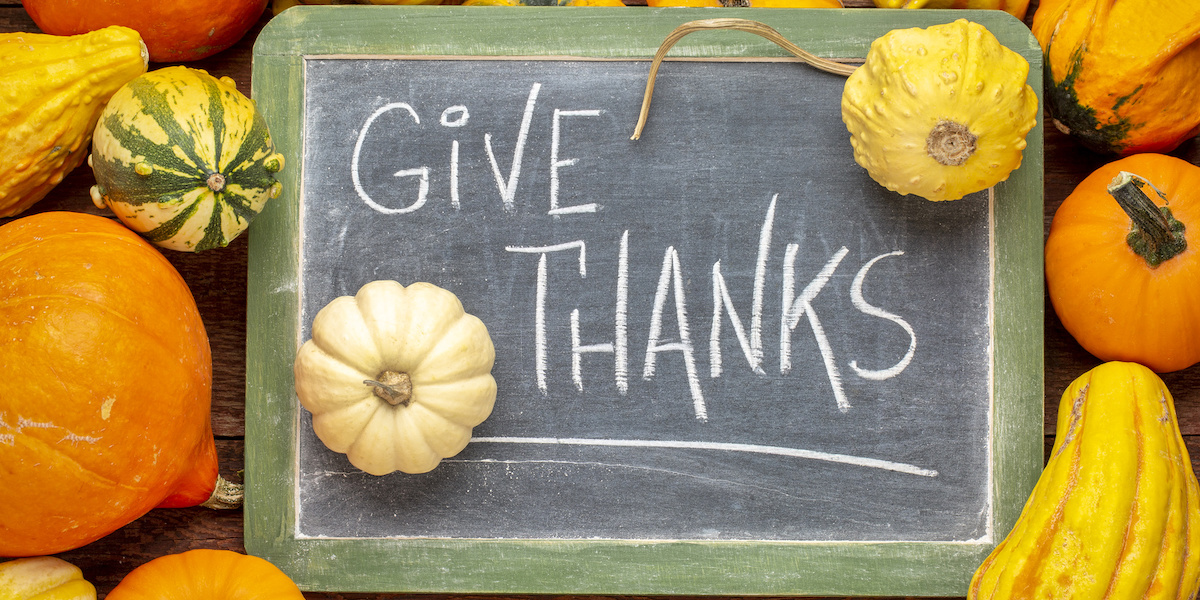 As American families sit down to celebrate Thanksgiving, a majority of parents say they want to raise grateful kids but they don’t think they’re succeeding.

Four out of five respondents to a new nationwide poll said children aren’t as thankful as they should be, and half worry that they overindulge their own kids. Two in five also said they’re sometimes embarrassed by how selfish their child acts.

“Many parents may look back to their own childhood and, in comparison, wonder if they are giving their child too much in the way of material things. Parents may have watched their child behave selfishly, such as refusing to share with other children or saying they don’t like a particular gift,” said Sarah Clark, co-director of the C.S. Mott Children’s Hospital National Poll on Children’s Health at University of Michigan Health.

“We know that gratitude is associated with more positive emotions, having strong relationships, enjoying more experiences and even health benefits,” Clark added. “However, gratitude is not something that children usually acquire automatically; it needs to be nurtured, in an age-appropriate way.”

The responses were gathered from a nationally representative sample of parents of 4- to 10-year-olds. The parents used different strategies to encourage their kids to be thankful at the holidays and always, the findings showed.

Reminding kids to mind their manners was among the most commonly cited methods. About 88% of parents regularly have their child say “please” and “thank you,” while 11% do so occasionally.

However, “There’s a difference between politeness and gratitude,” Clark said. “To help children learn to be grateful, parents also need to emphasize why they’re asking their child to say thanks.”

Taking time to reflect on what family members are grateful for at the dinner table or at other times during the day is another way families promote gratitude, according to the report. Nearly two-thirds of parents said their family has daily conversations about what they’re grateful for, with about 36% including that in prayers.

The poll was taken in June and findings are based on responses from 1,125 U.S. parents.