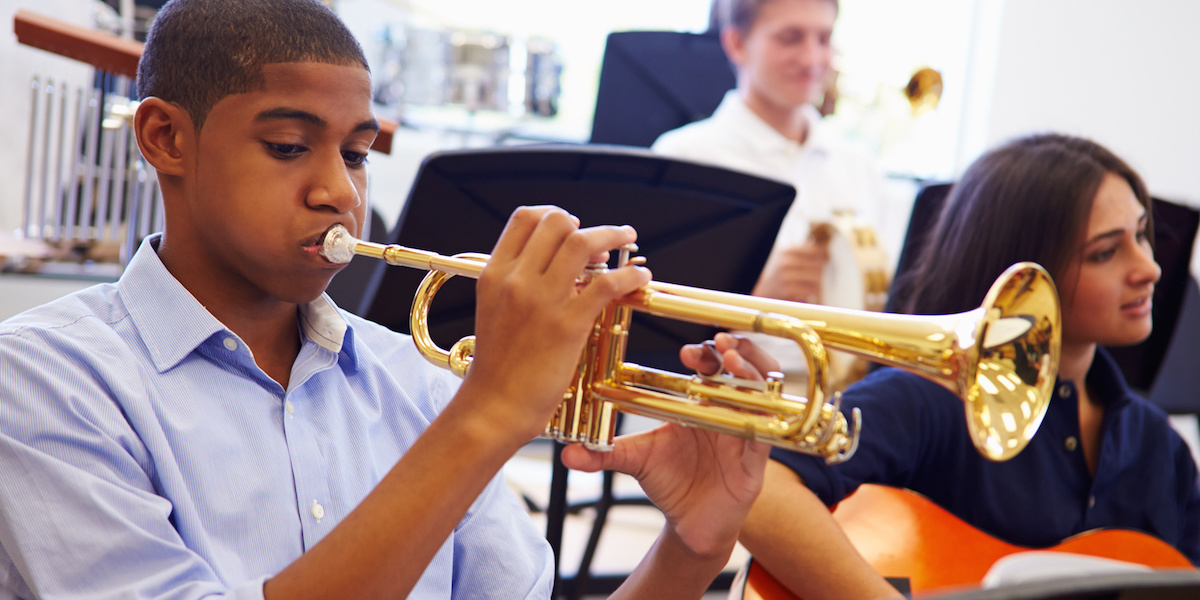 The following is excerpted from an online article posted by USC News.

The latest USC research on the impact of music education shows that for adolescents, the benefits appear to extend beyond a surge in neural connections in their brains. It actually boosts their well-being.

“We know that the pandemic has taken a toll on student mental health. The many narratives of learning loss that have emerged since the start of the pandemic paint a grim picture of what some call a ‘lost generation,’” said Beatriz Ilari, a USC Thornton associate professor of music education and corresponding author of the study. “Music might be an activity to help students develop skills and competencies, work out their emotions, engage in identity work, and strengthen connections to the school and community.”

For the study, researchers examined the impact of music on “positive youth development,” a measure of the strengths of adolescents and their potential to contribute to society developed by scholars from Tufts University. Researchers also included measures for school connectedness and hopeful future expectations.

The researchers administered anonymous online surveys to 120 students from 52 Los Angeles Unified School District middle schools. The survey questions covered the key domains of positive youth development, including competence and confidence. Past research shows that adolescents who manifest these attributes are more likely to make positive contributions to society and less likely to engage in risky behaviors later in life.

Ilari and her fellow researchers, including USC Thornton alumna Eun Cho, found many positive effects. They found that students who started music education before age 8 were more hopeful about the future, and younger students who received musical training scored higher in key measures of positive youth development.

The study was published in the journal Frontiers In Psychology.