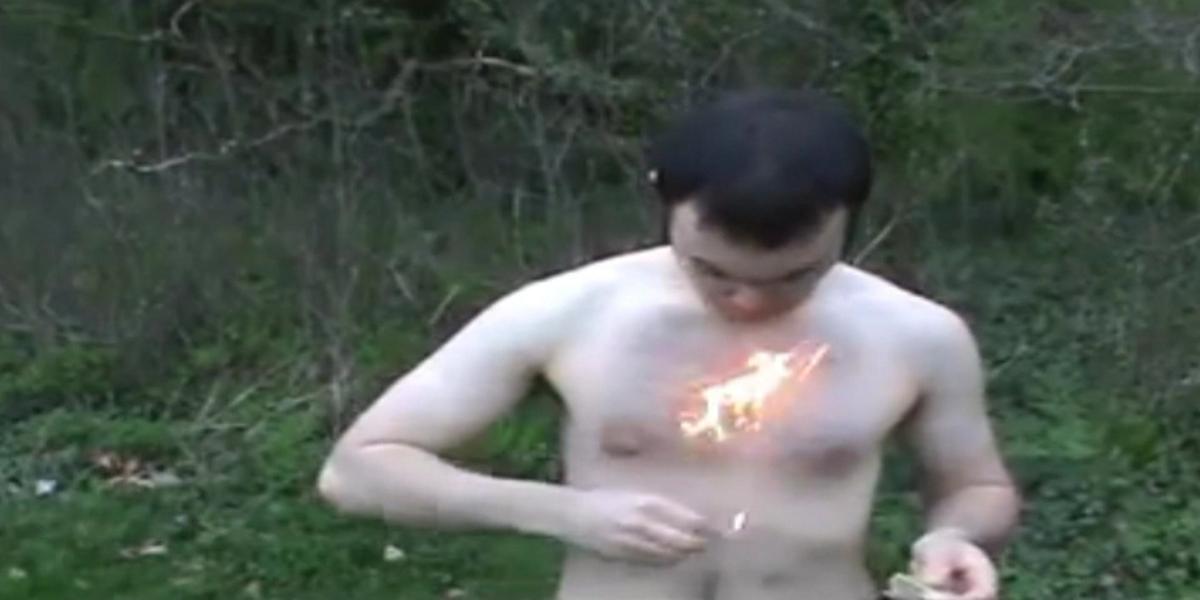 This summer, while many people have taken the “Ice-Bucket Challenge” to raise money for ALS research, another fad has been trending among teenagers, but this one is simply disturbing and dangerous. It’s called the Fire Challenge.

A quick YouTube search for the phrase “fire challenge” turns up tens of thousands of videos.

In the videos, teens apply flammable liquid (hand sanitizer, nail polish remover, and lighter fluid are popular choices) to their bare skin and then light themselves afire with a lighter or match. They try to quickly douse the flames before they can be hurt, but some teens have not been quick enough and have suffered burns. Some burns have been severe, and one New York teen died from his injuries.

The obvious question is, Why would teenagers want to light themselves on fire? A simple, common sense answer would seem to be, No one would be that stupid, on purpose. Yet, in the world of adolescence, not much is simple and common sense does not always carry the day. Science tells us that teen brains are wired for thrill seeking and risk-taking. To this, add the component of peer pressure plus teens’ desires for affirmation and fame delivered through viral social media, and the Fire Challenge trend was born. The Fire Challenge is one seriously bad fad. Setting oneself on fire is always a bad idea.

A sixteen-year-old male performed the challenge and ended up burning his waist and neck. He posted new videos of his burns as a warning to others. “I can’t really say nothing else besides it was a dumb idea,” he said.

Talking Points for Discussion Between Parents and Teens:
• Ask your teens if they know any friends or peers who have taken the fire challenge.
• Ask your teens if they have seen any Fire Challenge videos online. If they have, ask them about what they think about what they’ve seen.
• Talk about the role peer pressure plays in tempting kids to take risks.
• Talk about the role that seeking validation from others plays when teens post videos like these to social media sites.
• Some have suggested that taking the Fire Challenge is a way for a generation of bored teens to experience thrills. Ask your kids if they agree or disagree and why.