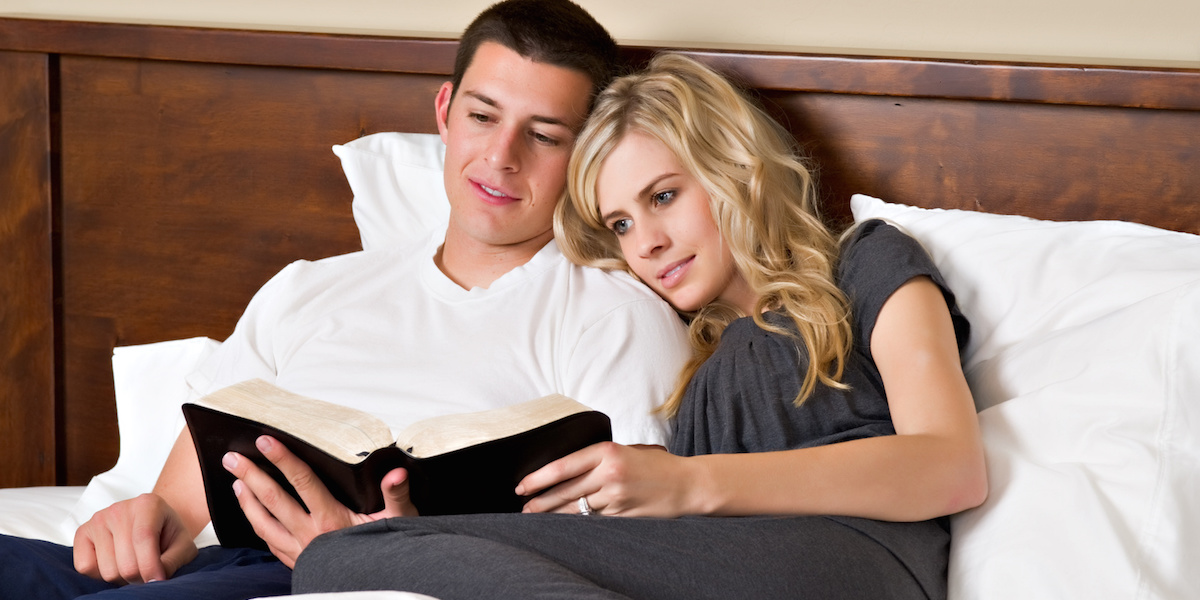 Make a clean break with all cutting, backbiting, profane talk. Be gentle with one another, sensitive. Forgive one another as quickly and thoroughly as God in Christ forgave you. —Ephesians 4:31-32 [The Message]

We saw this sign in a flower shop in Florida:

Actually, that’s not bad advice. No matter how you respond, though, conflict in a relationship is inevitable. But conflict doesn’t need to pull you apart. This may sound crazy, but conflict can bring you closer. It can even be good for your relationship. And making up isn’t half bad either.

The issue with most couples is not how much conflict there is, but how they deal with it. No one, and we mean no one, can agree on every issue. And that is just as true for Christian couples. When we were younger a couple told us Christians should never argue. (That couple later divorced.)

Just as sports have rules, couples should have rules in order to have healthy conflict.

Choose your battles wisely. Don’t turn every discussion into a fight. If you do enter into conflict, speak the truth in love. But not everything is worth fighting over. Does it really matter if the house is kept in perfect order? It’s impossible to have a fun-loving relationship if you are managing too many battlefronts at one time. Sometimes a compromise is the wisest decision. Your relationship is a lot like your bank account. It takes more deposits than withdrawals to get a good report.

Keep anger under control. When a sinner marries another sinner and later “sinnerlings” are added to the mix, there are bound to be times when you will get angry with your spouse. Anger isn’t the issue; it’s keeping it in control and handling it with maturity and grace. We find that people who harbor a lot of anger usually have other issues going on in their life. Put limits on your anger so it doesn’t turn to bitterness and resentment. Anger that is held on the inside is often more detrimental than expressed anger. If you hold grudges or keep the flames of anger burning for too long, you are going against these scriptural mandates: “Don’t sin by letting your anger control you.” “Don’t let the sun go down while you are still angry, for the anger gives a foothold to the devil.” “Get rid of all bitterness, rage, anger, harsh words, and slander, as well as all types of evil behavior.” In other words, we can be angry but not sin. This takes some strong self-control, but the self-discipline will draw you closer.

Practice Forgiveness. Conflict is inevitable, but you can choose forgiveness. Words like, “I’m sorry, will you forgive me?” and “I love you and forgive you” will draw you closer to each other. God practices a severe mercy and an extravagant grace. Grace literally means unmerited favor. If God bestows grace on you, wouldn’t it seem a bit arrogant not to bestow grace on your spouse? Though conflict is inevitable, how you deal with the conflict will be the determining factor in the strength of your relationship.

FAITH CONVERSATIONS
• What do you think about how we deal with conflict?
• Do you think we have issues about choosing battles? Keeping anger under control? Practicing forgiveness?
• What could we do to practice not letting the sun go down on our anger?

A STEP CLOSER
THE FORGIVENESS FACTOR
Choose a time when you can be in a quiet place for a while to talk. Then walk through some of your past conflicts and offenses with each other and ask for forgiveness. Close this session by praying together. We have found that this can be a very powerful time. (Do not hesitate to seek the help of a counselor or pastor if your issues are bigger than you can handle.)