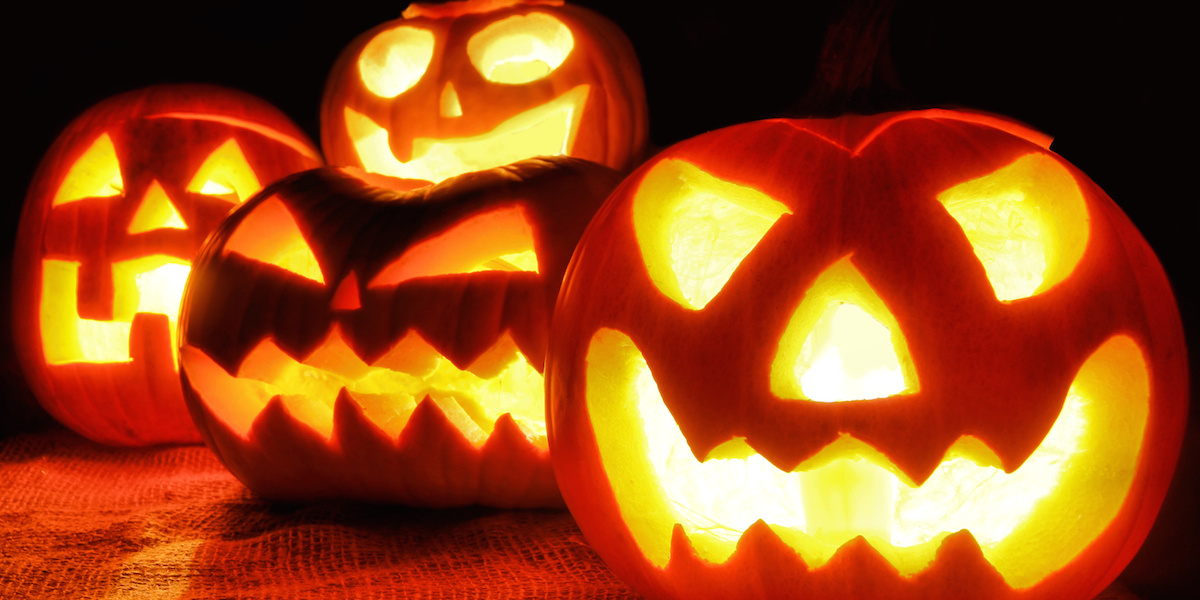 At HomeWord, we receive questions from time to time about Halloween, most of which are along the lines of, “Should parents allow their kids to participate in Halloween activities or not?” It’s a noble question and reflects the wide and varied beliefs held by those in the Christian faith community. On one end of the spectrum are those who are strongly opposed to Halloween, while those on the other end raise no objections whatsoever. The majority of Christ-followers likely live somewhere in the vast in-between on this issue.

In churches across the country, practices also reflect conflicting styles and methods. Some simply change the name of their festivities by replacing the word “Halloween” with “Harvest.” Other churches use Halloween as a means for outreach to the community by opening their doors and providing a safe place for children to trick-or-treat. Still others take opportunity to adapt the Halloween “haunted house” theme to “scare the hell” out of community members through their evangelistic efforts. In light of all these differing styles and methods, what’s a Christian parent to do?

There is no doubt that Halloween’s origins can be traced to pagan beliefs and rituals. Satanic groups have also attached meaning to Halloween, celebrating it as a special holiday. A quick Google search on the origins and meanings of Halloween will provide plenty of background information. One thing seems clear: Christians should not participate in the “dark side” of Halloween – to in any way approve of the satanic or the focus on paganism, evil, death, etc.

Yet, the reality of Halloween participation for most people, religious and irreligious alike is that of exercising a bit of fantasy, dressing up in costumes, and having fun “trick or treating” around the neighborhood. To many, this is all Halloween is about, without any connection to occult or pagan practices. To these people, it is difficult to say that there is anything wrong with what they do. To say that anyone who participates in Halloween is a pagan or Satanist would be like saying anyone who gives gifts at Christmas is a Christ-follower.

We know the source and heritage of Christmas. We also know that for many people, Christmas is a very non-religious holiday. People give Christmas their own meaning, regardless of its origins. We would never claim that everyone who celebrates Christmas is a Christ-follower or honors God. Halloween, I believe, is similar. People give Halloween their own meaning, regardless of its origins. Consequently, when people choose to participate in Halloween it does not necessary follow that they are thereby in league with the enemy, or that they promote or encourage occult and pagan practices and beliefs.

Following hard and fast rules regarding what Christians should or should not do about Halloween might sound easy, but instead, God has given us the great gift of freedom in our choices. The Apostle Paul provided some great advice about the normal human response toward “hardening of the categories” when he wrote, “You have died with Christ, and he has set you free from the evil powers of the world. So why do you keep on following rules of the world, such as, “Don’t handle, don’t eat, don’t touch.” Such rules are mere human teaching about things that are gone as soon as we use them. These rules may seem wise because they require strong devotion, humility and severe bodily discipline. But they have no effect when it comes to conquering a person’s evil thoughts and desires.” –Colossians 2:20-23 (NLT)

So in the end, whatever conviction you hold about your family’s participation in Halloween, live it out for God’s glory! In these matters, follow your own convictions, while understanding that Christians may differ in their beliefs about this issue. And if you should run into those fellow believers who differ from your stance on Halloween, give them freedom to live out their own convictions. The Apostle Paul said it this way, “Who are you to condemn God’s servants? They are responsible to the Lord, so let him tell them whether they are right or wrong. The Lord’s power will help them do as they should.” –Romans 14:4 (NLT)