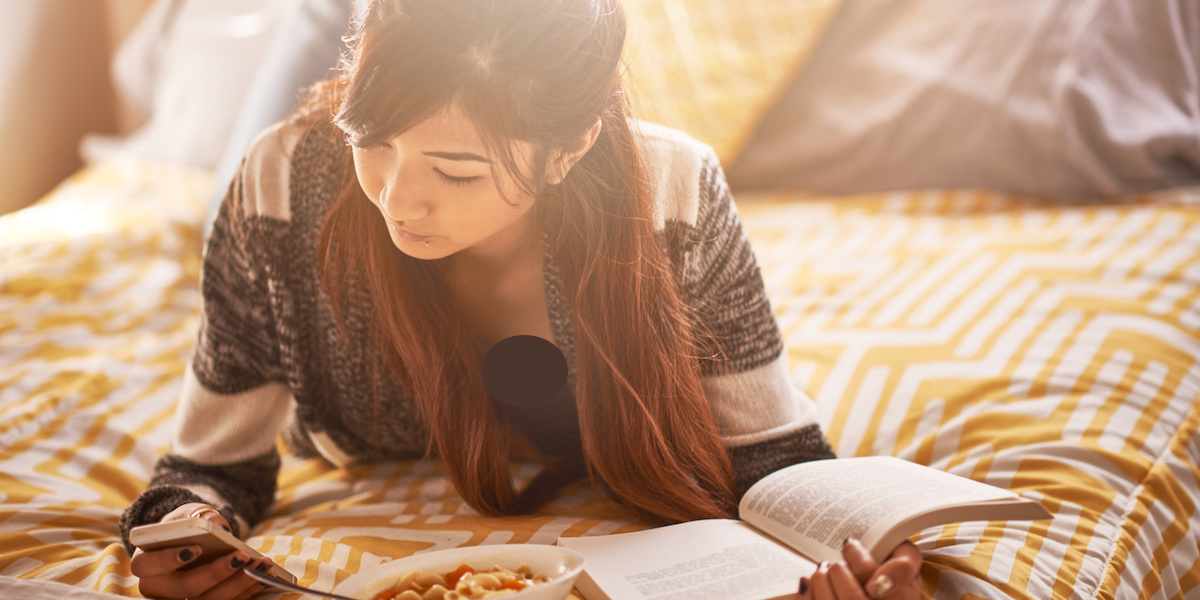 Many parents have given up fighting the battle with their teenager over multitasking while doing homework. These days it’s common for teenagers to do their homework with a TV on in the background, while texting friends and checking how many followers have liked their latest Instagram selfie.

Teens say they have mastered the skill of multitasking and believe that engaging in other activities (consuming media, texting, and engaging in social media, for example) while doing homework doesn’t have a negative impact on their ability to study or learn. Unfortunately for them, research has shown that the notion of effective multitasking is simply a myth.

In recent years, researchers have found that while teenagers may feel great about their multitasking skills, their ability to complete tasks actually lags behind peers who don’t multitask. Why? Because the human brain is not wired to focus on multiple activities at one time. When teens multitask they wrongly believe that they are focusing on multiple activities at once. In reality, the brain quickly changes its focus from one activity to another to another.

Clifford Nass, a researcher at Stanford University who studied teens and multitasking remarked on what his studies revealed, “We were absolutely shocked. We all lost our bets. It turns out multitaskers are terrible at every aspect of multitasking.”

Here’s an easy way to demonstrate the myth of multitasking: sometime ask your teen to engage in an experiment of talking on the phone with one friend while texting another at the same time. While they can physically engage in the process of both concurrently, it proves to be virtually impossible to focus on both tasks at the same time.

Each teenager is unique and some kids will prove to be more naturally adept at prioritizing their focus on important tasks than others, and some may build skills to quickly switch focus from one task to the other. For these, it may not be necessary for parents to intervene, especially if their teen’s academic performance level is appropriately in line with their capabilities. But for parents with kids who multitask and appear to be underachieving in their academics, it may be time to revisit expectations for your teen in order to provide for distraction-free study times.