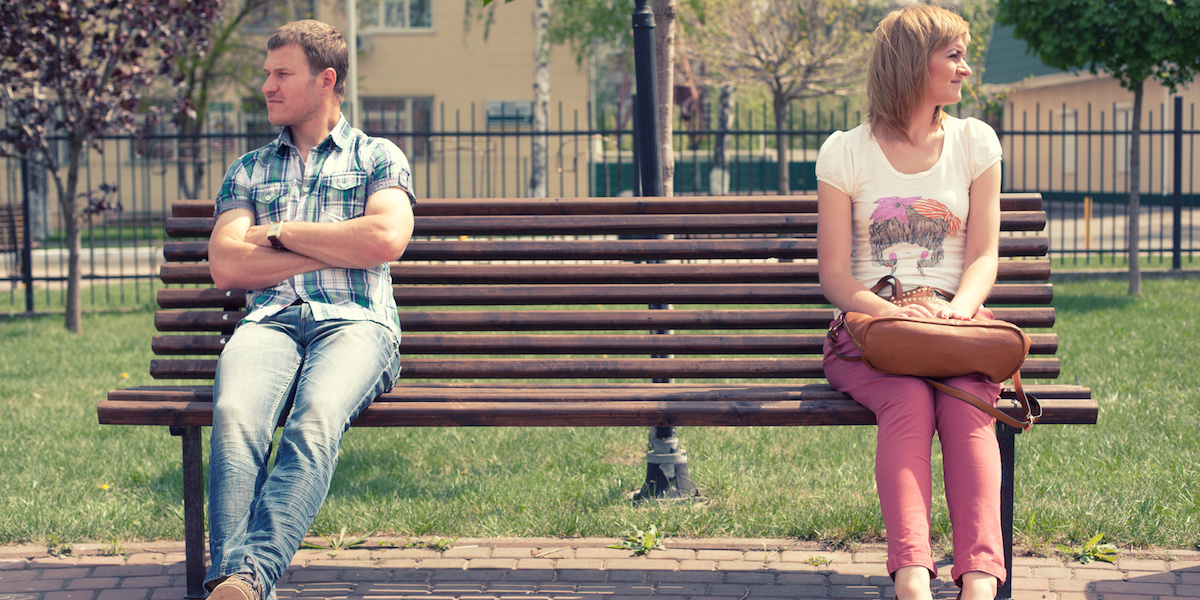 We both live in Southern California and have had the privilege of growing up around the beach. More times than we can recall, we’ve gone into the ocean to cool off or to play or to ride a wave, and before we know it, the undercurrent has shifted us down the beach. If you have never experienced this before, it might be hard to imagine, but it’s true for anyone who enters the sea. The drift isn’t biased to race, religion, or socio-economic stature … if you’re in the Pacific Ocean, you will drift from where you started.

Let’s create a scenario around the drift. Imagine that your marriage is a boat–you can choose the style (sail, motor, row, speed, tug … it doesn’t matter). Your marriage boat is pointed toward an intended destination–let’s pretend you’re planning to sail to the island of your dreams. This is the location you intended to reach when you first thought of the idea of being married to one person for the rest of your life. To get there, you’d chart out a course and give yourself fifty years until you arrive (that’s a great marriage anniversary number). Now imagine that as you set out on your journey, you were just one degree off course. One degree doesn’t seem very much, but over a long period of time, you would totally miss your destination and could shipwreck your marriage.

In your marriage journey, you’ll need to be aware of the undercurrent and pay special attention to your intended destination or you’ll miss it. To be very honest with you, we are both so sick and tired of watching marriages drift off-course and crash. Too many couples experience this very real marriage drift and then look up one day to discover they’re lost and are wrecked on the island of hopelessness. What began as a beautiful journey on that amazing wedding day slowly drifted off course because misguided desires took their focus off their future and they weren’t wise or courageous enough to make the needed changes. We don’t want that to happen to you!

In nautical or aviation terms, adjustments are called course corrections. I (Jim) was recently speaking in the Houston area where I had the privilege of meeting an astronaut. It was quite the thrill! He shared with me a fascinating fact about space travel, “Our people at NASA are in control of our flights about 3% of the time, and 97% of the time we [astronauts] are just doing course corrections.” That is such a strong parallel statement to marriage. Over the course of the rest of your marriage, you’ll be making course corrections to ensure you’ll reach your target. Your marriage journey has the potential to be “out of this world” (think of the rush and the views from space), but it also has the potential to crash if you’re not willing to choose the thousands of small (and occasionally large) course corrections along the way.

In your marriage, be proactive to both keep your eyes on your destination, and in your willingness to make needed course corrections. Course corrections are doable! In fact, the more attention you pay to them, the more you’ll develop skills and habits that will begin to minimize your need for the same continued corrections. As a matter of fact, we believe that you will become so proficient at making course corrections that a healthy, vibrant, abundant, alive, and awesome marriage will always be within your sight!

(Adapted from The First Few Years of Marriage, by Jim Burns and Doug Fields.)