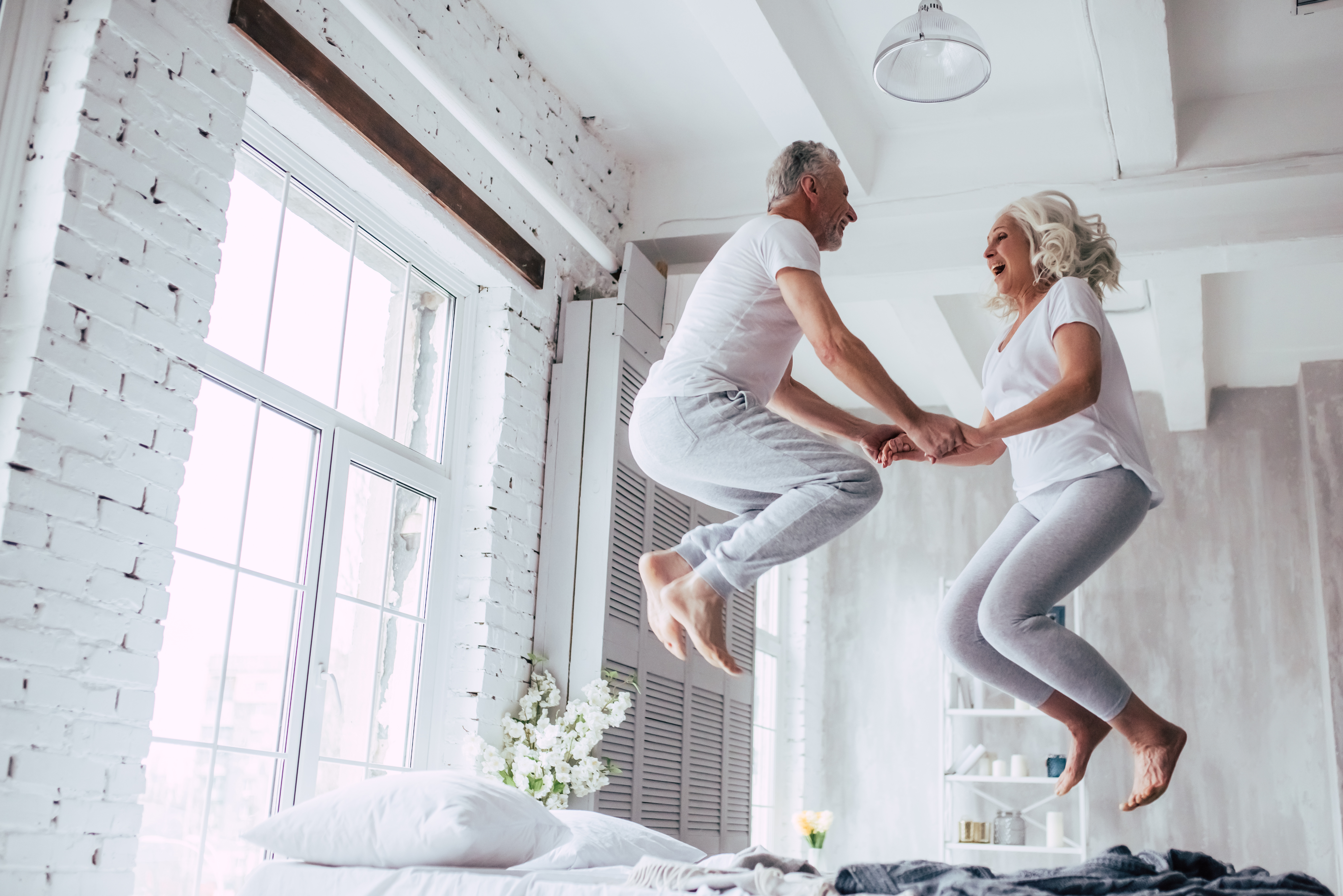 So don’t worry about tomorrow, for tomorrow will bring its own worries. Today’s trouble is enough for today.   –Matthew 6:34 (NLT)

We know someone who used to say, “We can’t change the cards we’re dealt, just how we play the hand.” You may not be able to change your circumstance, but your attitude can change, and that makes all the difference in the world. You see, attitude transcends circumstances. When we look at marriages that are working well, we notice that most of the time these people have the same problems as anyone else, but they tend to handle them with a better attitude. Worry, fretting, and negativity fuel an unhealthy relationship. A positive attitude does wonders for any marriage. Wasn’t it Martin Luther who said, “You can’t keep a bird from flying over your head, but you can keep it from building a nest in your hair”?

One person who exhibited an almost unbelievable attitude was Terry Fox, a young Canadian runner who lost a leg to cancer. Not wanting to give up his beloved running, Terry got a prosthetic leg and continued to run at an amazing level. In fact, he decided to raise money and awareness for cancer research by running from the east coast of Canada to the west coast. But he wasn’t content to run just a few miles a day. His goal was to average twenty-six miles a day! That’s marathon length. For 143 days straight, he ran close to a marathon each day. There were days right after he ran those twenty-six miles when the TV cameras would zero in on his prosthesis, and you could see his stub red and raw from the pounding it took. When people asked him how he was holding up, he always had the same answer: “I don’t know about tomorrow, but I know about today. I’m glad God gave me today. And I’m going to live one day at a time.” Talk about inspiring.

Unfortunately, Terry didn’t make his cross-country goal. The cancer returned, and after 3,339 miles, he had to stop. The next time the cameras were on Terry, he was in a hospital bed receiving the highest Medal of Honor a Canadian citizen can receive. His face was ashen, his lips purple, and the chemo had taken all his hair. The reporter asked him how he was doing. His reply was a bit weaker but still firm: “I don’t know about tomorrow. But I know about today. I’m glad God gave me today. And I am going to live one day at a time.” Nine months later he died. Terry Fox lived more in his short twenty-two years than many of us do in a lifetime. One of the many lessons he gave us is that when life gives you lemons, make lemonade, and keep on keeping on.

When talking about relationships, our friend Dr. Henry Cloud says, “I cannot blame them for what I do with what they do to me. I am responsible for how I respond.” We have found that so much of a healthy marriage rests on our attitude and not our circumstances. We have to take responsibility for how we respond to our relationship issues and the circumstances of our life.