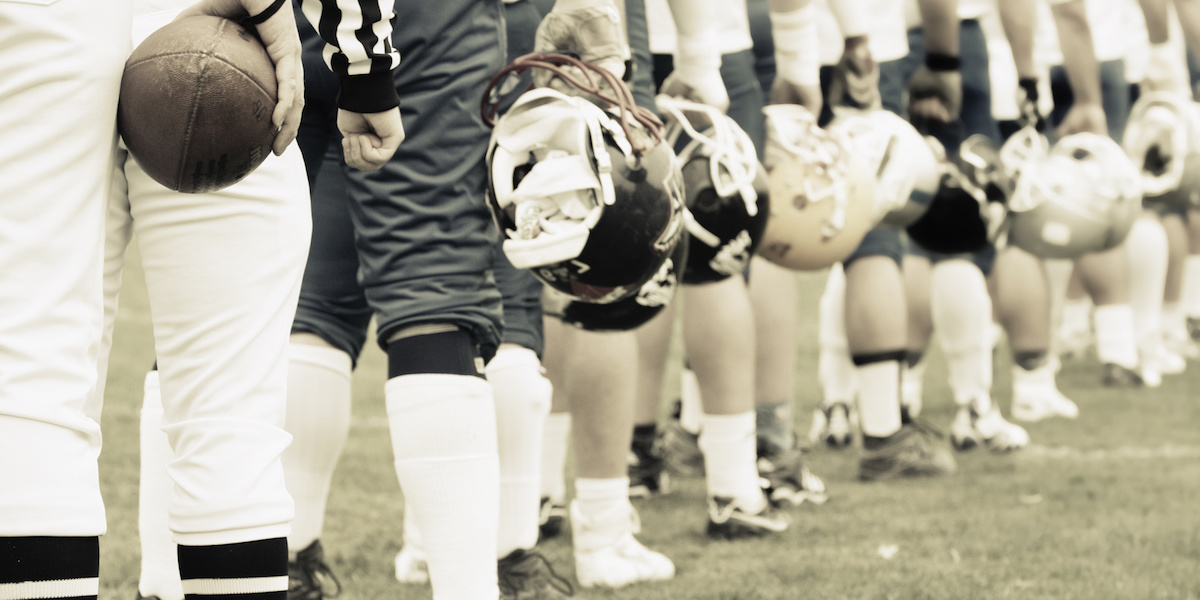 New research led by Carnegie Mellon University and the University of Rochester Medical Center indicates that concussions aren’t the sole cause of damage to the brain in contact sports. A study of college football players found that typical hits sustained from playing just one season cause structural changes to the brain.

The researchers studied 38 University of Rochester players, putting accelerometers—devices that measures accelerative force—in their helmets for every practice and game. The players’ brains were scanned in an MRI machine before and after a season of play.

While only two players suffered clinically diagnosed concussions during the time they were followed in the study, the comparison of the post- and pre-season MRIs showed greater than two-thirds of the players experienced a decrease in the structural integrity of their brain. Specifically, the researchers found reduced white matter integrity in the midbrain after the season compared to before the season. Furthermore, and indicating the injury was specifically related to playing football, the researchers found the amount of white matter damage was correlated with the number of hits to the head players sustained.

“We hypothesized and found that the midbrain is a key structure that can serve as an index of injury in both clinically defined concussions and repetitive head hits,” said Adnan Hirad, an M.D./Ph.D. candidate at the University of Rochester’s Medical Scientist Training Program and lead author of the study. “What we cataloged in our study are things that can’t be observed simply by looking at or behaviorally testing a player, on or off the field. These are ‘clinically silent’ brain injuries.”

Each player in the study received an MRI scan within two weeks of the start of each season and within one week at the end. The helmet accelerometers measured linear and rotational acceleration during all practices and games, recording all contact that produced forces of 10 gs or greater. Astronauts on the space shuttle experienced 3 gs during lift-off. Race car drivers feel the effects of 6 gs, and car crashes can produce brief forces of more than 100 gs.

The 38 NCAA Division III players experienced nearly 20,000 hits across all practices and games. Of those hits, the median force was around 25 gs, with half of the hits exceeding that amount. Only two of the nearly 20,000 hits resulted in concussions.