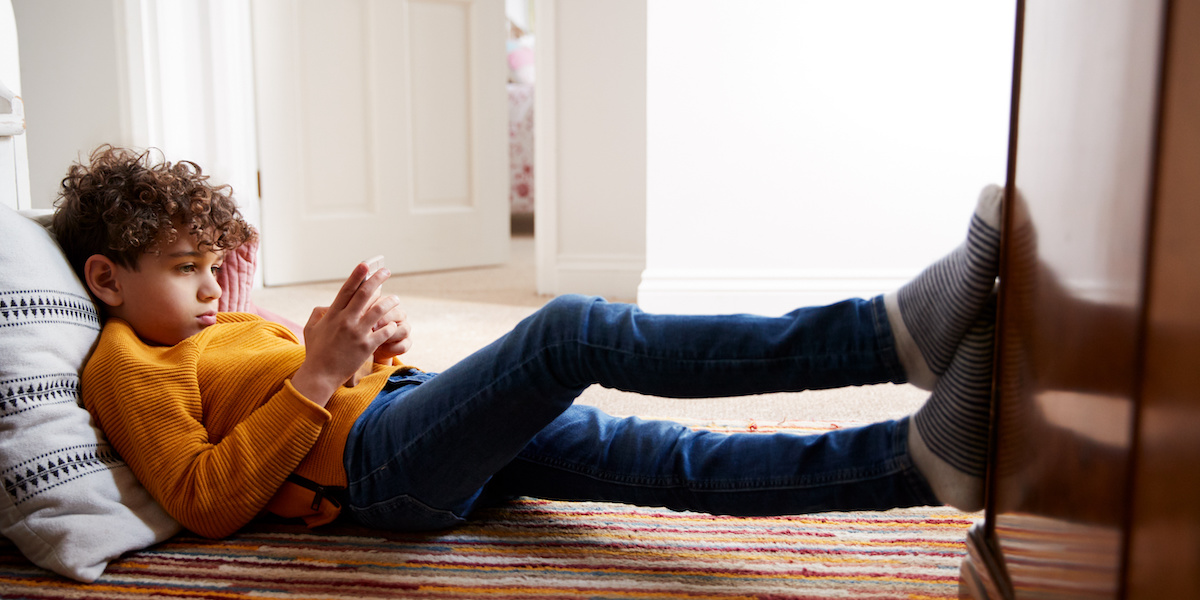 It’s a scene many parents have experienced – just as they’re trying to cook dinner, take a phone call or run an errand, their child has a meltdown.

And sometimes, handing a fussy preschooler a digital device seems to offer a quick fix. But this calming strategy could be linked to worse behavior challenges down the road, new findings suggest.

Frequent use of devices like smartphones and tablets to calm upset children ages 3-5 was associated with increased emotional dysregulation in kids, particularly in boys, according to a Michigan Medicine study in JAMA Pediatrics.

“Using mobile devices to settle down a young child may seem like a harmless, temporary tool to reduce stress in the household, but there may be long term consequences if it’s a regular go-to soothing strategy,” said lead author Jenny Radesky, M.D., a developmental behavioral pediatrician at University of Michigan Health C.S. Mott Children’s Hospital.

The study included 422 parents and 422 children ages 3-5 who participated between August 2018 and January 2020, before the COVID-19 pandemic started. Researchers analyzed parent and caregiver responses to how often they used devices as a calming tool and associations to symptoms of emotional reactivity or dysregulation over a six-month period.

Signs of increased dysregulation could include rapid shifts between sadness and excitement, a sudden change in mood or feelings and heightened impulsivity.

Findings suggest that the association between device-calming and emotional consequences was particularly high among young boys and children who may already experience hyperactivity, impulsiveness and a strong temperament that makes them more likely to react intensely to feelings like anger, frustration and sadness.

“Our findings suggest that using devices as a way to appease agitated children may especially be problematic to those who already struggle with emotional coping skills,” Radesky said.