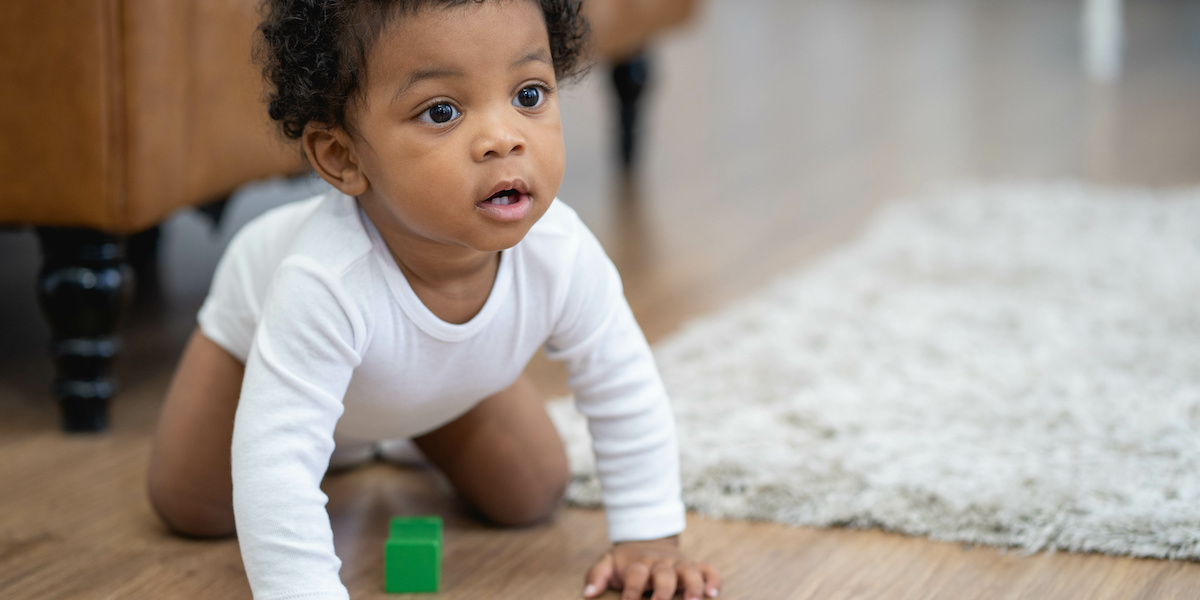 Do you know what’s in your carpet or on your floors? It might be frightening to think about. But consider this: During their first year of life, babies are crawling through not just the dirt down there, but also what scientists call “bio-gunk,” a new study finds.

These churning little bodies end up inhaling biological bits in their lungs at a rate that is, in relation to their body mass, four times what a walking adult would breathe in the same room. Researchers at Purdue University, however, say it could actually be a good thing. It seems counterintuitive, but moving through these clouds of bio-gunk — typically dirt, skin cells, bacteria, pollen, and fungal spores — may help babies develop stronger immune systems that resist asthma and allergies.

“We are interested in the biological material an infant inhales, especially during their first year of life when they are crawling. Many studies have shown that inhalation exposure to microbes and allergen-carrying particles in that portion of life plays a significant role in both the development of, and protection from, asthma and allergic diseases,” says Brandon Boor, an assistant professor of civil engineering and environmental and ecological engineering at Purdue, in a release. “There are studies that have shown that being exposed to a high diversity and concentration of biological materials may reduce the prevalence of asthma and allergies later in life.”

To figure out just how much gunk infants are mired in, the researchers built a robot with the likeness of a crawling baby and tested it on carpet samples that had been used in homes. They measured and analyzed the particulates in the air of the crawling zone.

Researchers discovered that the storm cloud of dirt and bio-gunk hanging over the robotic babies is sometimes 20 times more concentrated than the air several feet up from the floor where walking adults would be breathing. Add to that, researchers say, the fact that infants do not have the same respiratory capabilities as adults to protect themselves against the dust storm.

Researchers say that as ominous as this sounds, it may be exactly the way nature intended. Since the late 1980s, the “hygiene hypothesis” has gained traction, which basically says that an overly sterile environment means an unchallenged and underdeveloped immune system.

The study results are published in the journal Environmental Science & Technology.