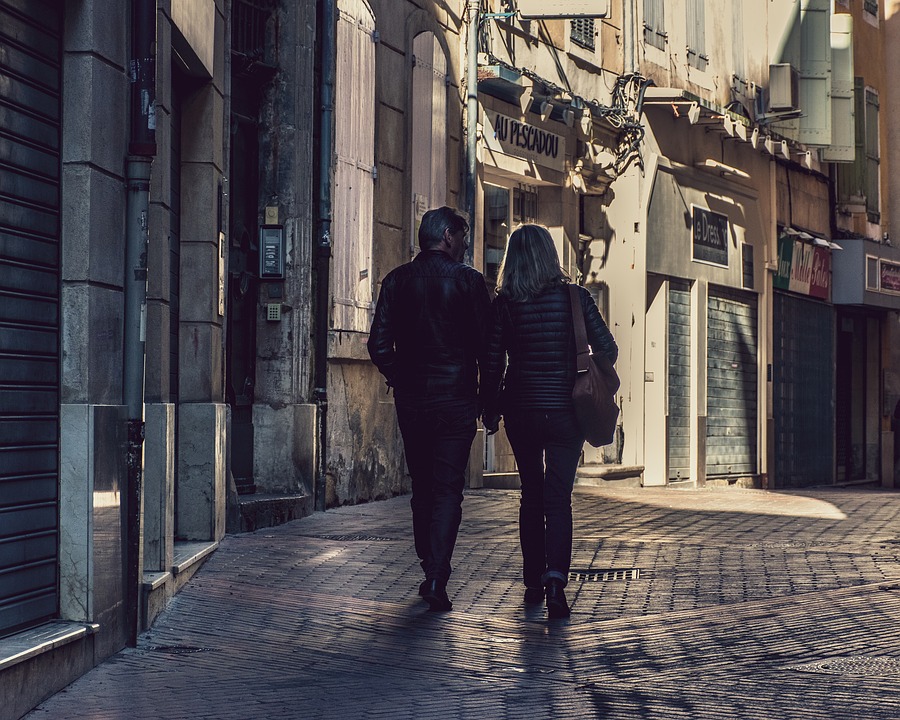 “Relish life with the spouse you love each and every day of your precarious life. Each day is God’s gift. It’s all you get in exchange for the hard work of staying alive.”
–Ecclesiastes 9:9 the message

We recently saw a TV news story about the five Estes sisters and their two brothers. Collectively they had been married for 391 years. In an age where nearly half of all new marriages end in divorce, the seven surviving children of C. M. and Minnie Estes have all been wed fifty years or more. The Estes siblings, aged sixty-nine to eighty-four, attribute their marital success in large part to the moral example set by their late parents, who were married fifty-eight years. As we watched the inspiration-filled newscast, we summed up the answers they gave to their secrets to successful marriages with three words: Affection, Warmth, and Encouragement. We call it A.W.E.

Affection: When these couples were interviewed, they all were holding hands. No matter what the age, affection is a very important ingredient in a relationship. Does nagging and negativity ever really work in drawing you closer as a couple? We don’t think so either. However, showering your spouse with loving affection does make a difference. A meaningful hug, an extended kiss, flowers, kindness, and those simple words “I love you” do bring affection to the forefront of a relationship.

Warmth: One of the constants with these marvelous couples was that it seemed they kept from allowing bitterness, anger, and constant fighting to be a part of their relationships. One of the husbands said, “One of the important things for a successful marriage is having a bad memory.” And then they looked at each other and just laughed. In essence, a couple who brings warmth to their relationship has the strength to overlook things that would cause other people to break up. Being intentional about setting an atmosphere of warmth is a discipline. There are times to bring up things that cause tension and times not to do it. In good marriage relationships, couples have a sense of self-control. There is a filter with their words and actions. We loved what another couple shared in that interview: “You’ve got to let love grow. You both must pitch in, in order for it to work. You have to work at it every day.”

Encouragement: The philosopher William James said, “The deepest principle in human nature is the craving to be appreciated.” We think most couples would say they feel under-appreciated and under-encouraged. Too many people were raised on shame-based parenting growing up, and when their marriage relationship gets tough, they move back into what their parents tried to do, which is to bring up what’s wrong instead of focusing on affirmation. In every relationship there is a time to take withdrawals, but relationships need deposits too. And encouragement is always a deposit. We think many of the marriage issues couples fight over would fade away if they just offered their spouse more encouragement. A daily dose of encouragement does wonders for a difficult relationship.

As we watched the interviews with the Estes family couples, we realized they didn’t have anything more in their relationship arsenal than anyone else. Many of these couples did not have easy lives or trouble-free families. What they did possess was a strong commitment to stay together through thick and thin. They saw their marriage as teamwork, and we think they would agree that one of the saving ingredients was that they lived their lives with A.W.E.