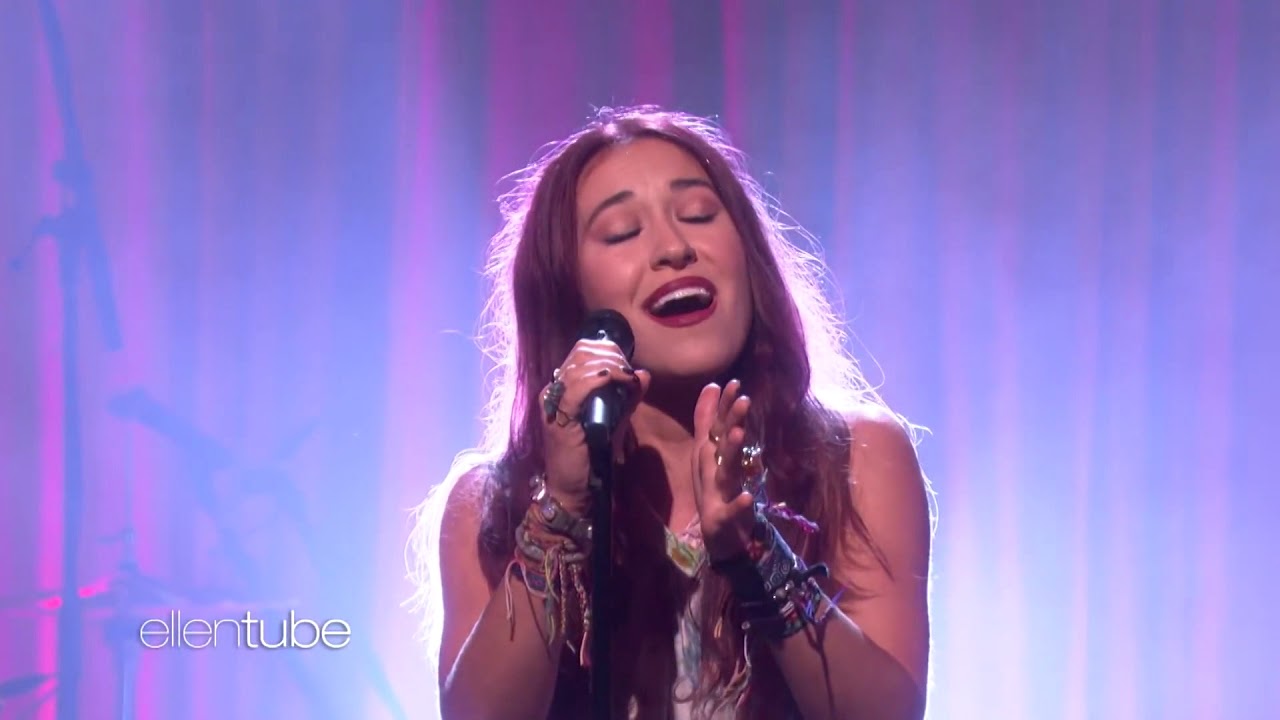 I love the music and sound of Christian recording artist, Lauren Daigle. Her music and voice is powerful and her life is inspirational. Here is a video of her singing on the Ellen Show. It’s a great song. Lauren has become a “crossover artist.” I love what she said about her role in the world. “[My music] is having crossover appeal, but it doesn’t mean that I’m leaving one for the other or that I’m going to be swept up by one thing or the other. For me, it’s like, ‘Oh, everything just got even more clear.’ Everything just got clearer as to why it is that we go and love people who are outside of the walls of our church, outside of the walls that we’re comfortable with,” Daigle added.

Enjoy the music, but read the article too.

Lauren Daigle performed her song “Still Rolling Stones” on The Ellen Show this week. The Christian singer with a soulful voice blew Ellen’s diverse audience away with a powerful song about the saving power of Jesus.

“It’s all about the things we think are dead, and a reminder that all losses can be revived. They can all come back,” Daigle has said of the song. She performed it with a small host of backup singers and a band. The effect was powerful.

Host Ellen Degeneres’ announcement to the audience that she was giving them a copy of Daigle’s new album, Look Up Child was met with energetic applause. Degeneres remembered Daigle from the brief amount of time she, Degeneres, spent as an American Idol judge. Daigle competed in the show in 2010 and again in 2012.

Although her time on the show was brief, Daigle’s lyrics will likely stay with the audience members for a while. The song, while not mentioning Jesus explicitly, has plenty of touchstones to him, including the word Savior.

Here’s a snippet of the lyrics to Daigle’s “Still Rolling Stones”:

All at once I came alive
This beating heart, these open eyes
The grave let go
The darkness should have known
You’re still rolling stones

It’s obvious Daigle sees her music as more than performance or entertainment. “We’re starving for hope. We’re starving for joy in the world right now,” Daigle told Billboard Magazine. Daigle has already heard of evidence her music is helping people. She told Billboard a fan told her they were contemplating suicide but decided not to go through with it after listening to one of her songs.

Daigle’s new album is striking a chord with a broad audience and gaining her new fans outside her Christian base. In fact, Look Up Child debuted at number three on the Billboard Top 200 chart. Above her on the chart were Paul McCartney and Eminem. Below were artists such as Nicki Minaj, Cardi B and Drake. Look Up Child boasts the best sales week for a Christian album in nearly nine years. The last Christian album to do so well was Casting Crowns’ Until the Whole World Hears in 2009.

Daigle may be positioning herself to spend more time in the non-Christian music world. Speaking to Billboard Magazine, she indicated she would like to be able to make music for both Christians and non-Christians alike: