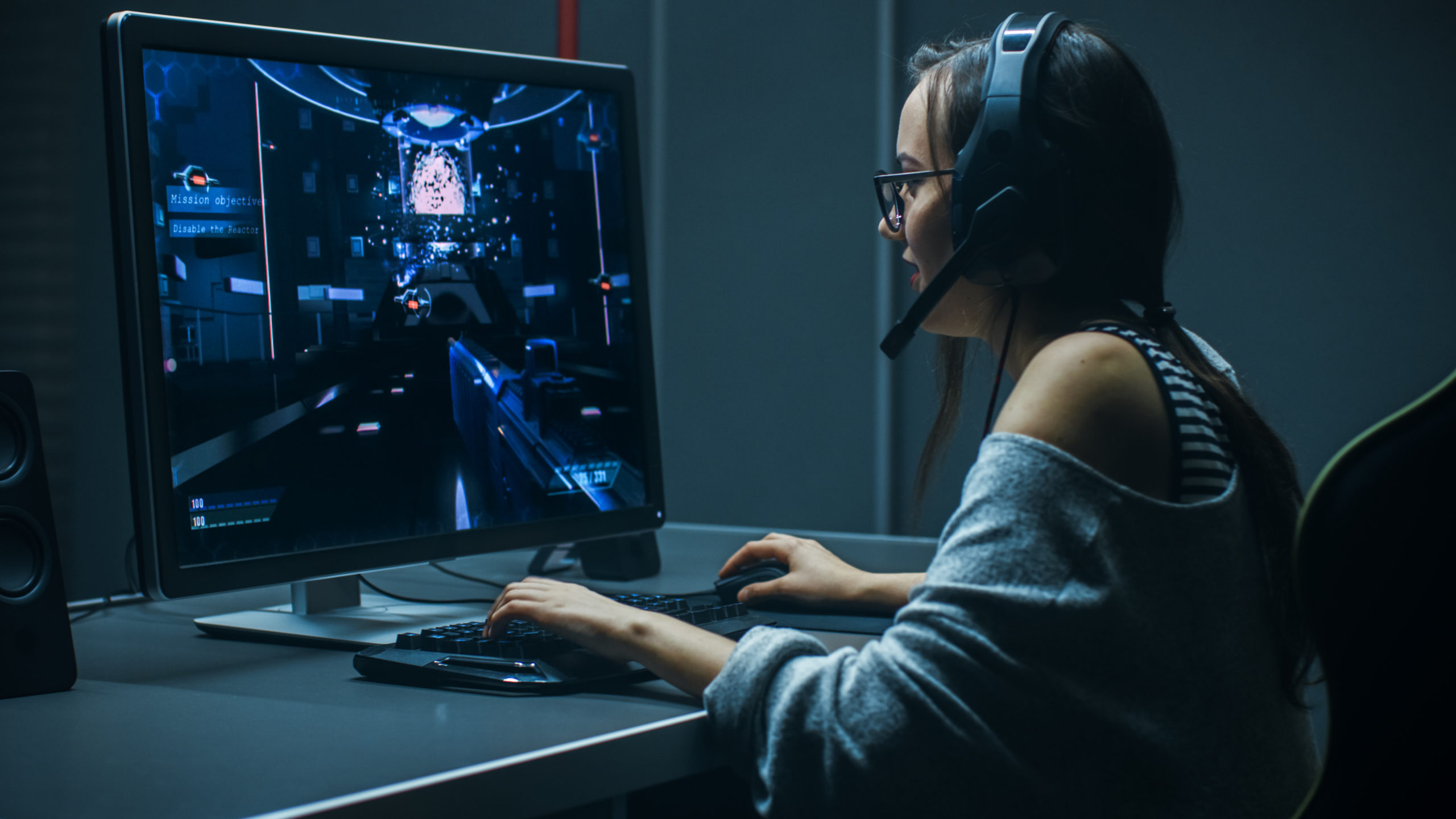 “I think this is a very important blog to read on the impact of playing violent video games. Fuller Youth Institute is an incredible resource for you as a parent on many levels and their blogs on Navigating Our Digital World are outstanding. Check out their website fulleryouthinstitute.org.”

Are violent video games as bad as they seem in the media?

Imagine being asked to research the effects video games have on young people. The more you think about it, the trickier it gets. What age group does “young people” refer to? How much time do they spend playing? Do they play alone, with friends, or with strangers? Which gaming systems, games, or types of games are we looking at? How do we know for sure the effects are caused by the game?

As video games have continued to become enormously popular with young people (and adults), these are just a few of the questions researchers have been exploring.[1] Within studies on gaming, the most hotly-debated topic is a genre called “first-person shooters.” First-person shooters are games in which the player views the action through the eyes of a protagonist whose primary task is to shoot various other characters while moving through the levels of the game.

When I first began reviewing available research in 2014 on first-person shooters, I was eager to find proof that would help alleviate a lot of parental anxiety. However, the general consensus was that while this was a newer area of study, most kids and teenagers are better off steering clear of the first-person shooter genre.

Four years later, findings on the effects of first-person shooters remain largely the same. As the authors of one review summarizing 381 studies on gaming effects conclude, “violent video game effects should remain a societal concern.”[2] Time and again, studies suggest this particular genre of games decreases empathy while increasing aggression among the children, teenagers, and young adults who play them.

So just how bad are violent games?

While ongoing research needs to be conducted, there is now enough evidence to comfortably say that playing first-person shooters can be a hindrance to the formation and wellbeing of today’s young people.

Researchers Lavinia McLean and Mark Griffiths cataloged and reviewed numerous studies on the effects of violent gaming and concluded:

“[We] cannot ignore the comprehensive reviews that indicate violent game play has a significant effect on aggressive behavior, affect, cognition and empathy across work conducted with over 130,000 participants … the effects have consistently been reported as significant findings with various age groups and in a number of different cultural settings.” (emphasis added)[3]

In one study, undergraduate students were asked to play violent or nonviolent games for several hours. While they were playing, the researchers simulated a Good Samaritan scenario: there was a fight just a few feet from where the game players were seated in which one person assaulted the other then ran away, leaving the victim in need of assistance. The students who were playing violent games took 450 percent longer to respond to the person in need than those playing the non-violent games.

What has changed in the past few years is we now have a better understanding of why certain games seem to cause a more significant reaction in some cases than others.

First, scholars have recognized how the structure of a game can be as significant as the content.[4] Structure refers to the rules of the game, how it is played, the overall goal of playing, and so on. Some first-person shooters ask players to roam around a virtual world alone killing anything that moves in exchange for points. Others use a similar first-person format but require players to cooperate with others, apply strategy and creative thinking to achieve goals, and work towards conquering complex missions.

In both cases, content still matters. It is important to check game ratings to determine if the language, images, story elements, and interactivity with other players are appropriate for kids’ current ages. But these ratings generally do not account for the structure of a game.

In the two types of games described above, the more mindless “kill, kill, kill” type of games generate more negative effects than those with sophisticated storylines requiring complex strategies. This is because the former type lulls players into a state of mind, almost like hypnosis, where they are prone to uncritically absorb images and themes from the game while tuning out the world around them.[5] The latter, more complex games are equally immersive but in a significantly different way—players become more alert and mentally engaged within the virtual world in which they’re playing. In fact, these more complex games offer some cognitive benefits which we explain here.

A second, related issue raised by more recent gaming research focuses on age. While violent content in games can sometimes cause young people to display more aggressive behavior, the difficulty of the game often produces a similar effect regardless of the content. Simply put, kids get really frustrated by games that are too difficult or confusing.

This is where things get tricky for parents and other adults helping young people choose which games to play. It is important to find games which are challenging enough to be engaging and fun but not too challenging to frustrate younger kids. Game developers try to match age-appropriate content with age-related playing abilities, but every kid is different. As a result, the latest game with all your child’s favorite pop culture characters in it may be too easy or too difficult for them—it’s hard to tell. This is especially true among siblings, where the younger ones reach up towards what the older ones are into.

To be very clear, research does not condemn all action-adventure games. Many games carry a “Mature” rating, intended to be played by adults over 18 years old (who may be less affected by them). But in the case of first-person shooter games, particularly those with lifelike, photo-realistic graphics,[6] we need to be aware of their potential harm on children and teenagers. Young people might enjoy these games, but there are other equally enjoyable games on the market that are less likely to increase aggression or diminish empathy towards others.

Finally, an important aspect of research that is still needed, especially with respect to the effects of violent games, are longer-term studies. Most studies on games to date have either been conducted as lab experiments over a few hours, or by finding a sample of people who have been serious gamers for several years. So while there’s currently no evidence suggesting a moderate amount of playing violent games will cause any long-lasting change to a young person’s temperament, it is important to keep in mind that more evidence may eventually prove otherwise.[7]

What can we do about violent video games in our families?

First, parents should learn and follow the ratings provided by videogame manufacturers and the Entertainment Software Rating Board (ESRB), similar to the MPAA film rating system. The ESRB provides ratings with in-depth descriptions to help families understand what each rating means and why a given game falls under the given rating category. First-person shooters will likely contain the descriptors “violence” or “intense violence” (as opposed to “fantasy violence” or “violent references”) in their rating. The phrase “first-person shooter” will likely also be included somewhere on the package or in the online store listing since this has become a popular genre.

Access is a huge factor when it comes to curbing the potential negative effects of games. Research indicates that teens are not going to any great lengths to play games behind their parents’ backs—they are just playing the games available to them. A number of teens interviewed by researchers said they had received games intended for a mature audience from adult family members as gifts on birthdays and holidays. Parents can help teens steer clear of potentially problematic games by purchasing others instead, and by encouraging friends and relatives who give games as gifts to do the same.

Retail stores are required by law to ask for ID from anyone attempting to purchase a rated ‘M’ game, and larger rental subscription services, like GameFly, allow parents to determine the rating levels their kids may rent. The ESRB also offers a parent resource center with helpful tips and even a family discussion guide.

3. Learn from other families

In addition to consulting game ratings, we also highly recommend talking with other parents and reading online reviews from sites like Common Sense Media. And if your family discovers a game you all love (or hate), give it a shout-out on social media to help other families in your social network navigate this alongside you.

The most important considerations for parents are where, how, and for how long a young person plays games. Gamers who play in public parts of the house with subtle but consistent parental supervision, for limited amounts of time, typically rate substantially lower on all the various negative effects researchers have investigated, no matter what the content of the game.

Parents don’t have to feel helpless once kids start gaming on mobile devices. Creating expectations for self-regulation, or setting up limits through monitoring services or device-specific settings (see Apple Families and Google Family Link for examples of ways major device and platform developers are helping) can empower parents to draw the commonsense limits that feel right for our family.

To be clear, the negative effects described in this article won’t appear all at once if your kids play particular games for an hour at a friend’s house. But research on violent games makes a compelling case that they can produce pronounced negative effects on young people—a case that should be considered. Especially if your kids tend toward playing frequently and for long periods of time.

Rather than simply condemn violent first-person shooter games, we can affirm the positive aspects of the many other types of games available today. Even when “everyone’s playing it,” we’ve seen kids influence others in their peer group to migrate from one game to another fairly quickly in today’s environment. There have never been as many options for gamers to choose from, and a majority of games offer hours of friendship-forming, mentally stimulating, wildly immersive fun. You might even find an alternative game you enjoy playing together!

[5] It seems important to address the claim that video games are a major cause or inspiration for teen perpetrators of mass shootings. That claim has found very little support from social-scientific and psychological research, even among scholars who argue that games do produce negative effects. Typically there are much more substantial psychological issues and circumstantial factors involved. The appeal of violent games is that they give a sense of power and control to individuals who feel they lack those things in their real lives. The affinity for violent video games that school shooters have shared in common seems to have been a symptom rather than a cause.

[6] Photorealistic graphics and a more realistic in-game environment have been shown to cause players to identify more strongly with their avatars, which heightens the effects described above.