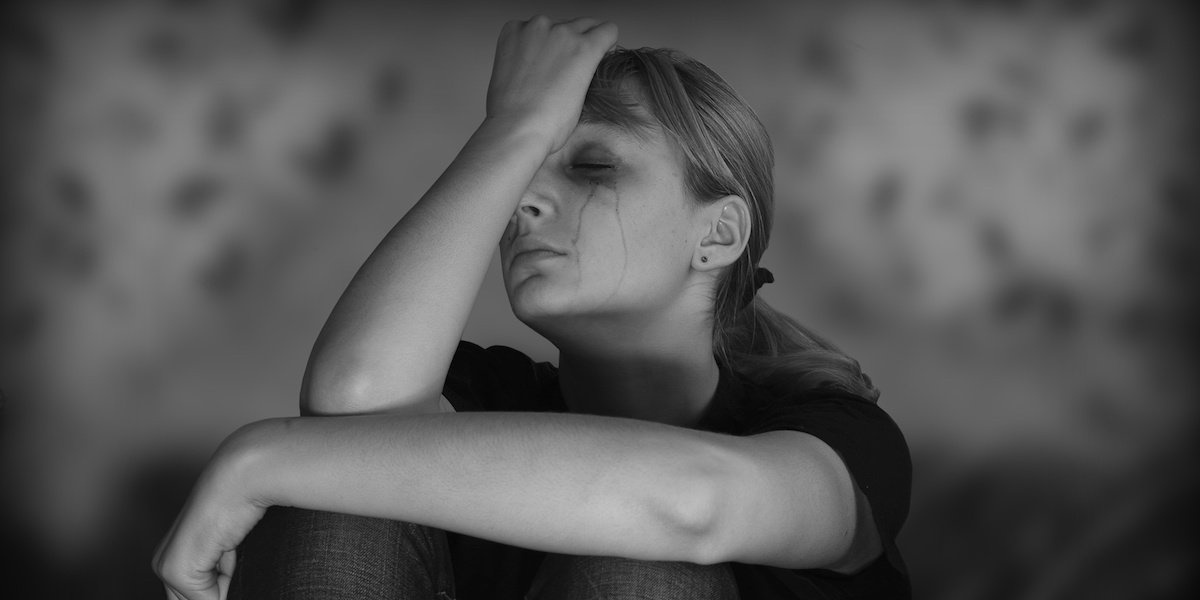 When Pain is All You Have – Why Teenagers Cut Themselves

17-year-old Lauren was despondent over breaking up with her boyfriend. She had never known pain so deep and lingering.

She tried to drown her sorrows in her favorite activities but nothing seemed to work. Even a trip to the movies turned sour when she noticed her former beau with his new girl watching the same film she was.

Trying to keep her composure but hurting just the same, she inadvertently yanked the tab off her soda can. Without much thought, she pressed its sharp edge deep into the flesh of her thumb.

The pain and the blood that followed unleashed what had been pent up inside of her since the relationship ended. But it also gave her something she had longed for all her life – a sense of control over her pain.

Within weeks, Lauren became a full-fledged self-injurer…a “cutter,” if you will. And though few statistics exist on the subject, it’s estimated that as many as 2 million Americans have been treated for some form of self-injury, cutting being the most common. Other common forms of self-mutilation include burning, bone-breaking, and hair-pulling.

As you might imagine, self-injurers don’t always come from stable, loving homes. It’s estimated that about 50% have a history of physical or sexual abuse. One 26-year-old woman said the physical pain she inflicted on herself helped her forget the pain of a childhood marred by sexual abuse.

In recent years, made-for-TV movies and popular television dramas about self-injury have brought this phenomenon to light. And in most if not all of these storylines, the self-injurers were women. But, in reality, just over 70% are, most of those ranging in age from 11 to 26.

In years past, statistics would show that as many as 90% of those who “cut,” “burn,” or “pull” grew up in homes where communication between children and parents was severely lacking, and messy problems were ignored, avoided, and ultimately left in silence. Interestingly, those early statistics also showed that children of divorced parents are more likely to cut than children whose parents remain together even in a tense, difficult union. However, according to youth expert Ken Mueller, the practice has now become more mainstream and has reached fad status. In fact, Teen Vogue referred to cutting as “the new anorexia.”

Mueller writes, in an article for the Center for Parent/Youth Understanding, “Like most other destructive behaviors, cutting has moved into the church, and many Christian teens are getting involved. Those behaviors that we have so neatly bookmarked as ‘of the world’ are finding their way into our homes at an alarming rate.” And that includes homes that are self-described by the cutter herself as happy, loving, Christian homes.

What’s the appeal? Cutting is, at its core, an unhealthy act of coping. Only sometimes is it associated with suicidal thoughts; rather, it’s a means of actually feeling something – anything. Beyond that emotional release, the act of self-injury gives a sense of control, as well as a physical satisfaction, as doctors note that cutting releases pleasurable endorphins.

Following is a set of facts about cutting, produced by S.A.F.E. (Self-Abuse Finally Ends) Alternatives and are reproduced here with their permission.

Self-Injury Facts
About Self-Injury: Self-Injurious behavior is defined as the deliberate, repetitive, impulsive, non-lethal harming of one’s self. Self-injury includes: 1) cutting; 2) scratching; 3) picking scabs or interfering with wound healing; 4) burning; 5) punching self or objects; 6) infecting oneself; 7) inserting objects in body openings; 8) bruising or breaking bones; 9) some forms of hair-pulling, as well as other various forms of bodily harm. The behaviors, which pose serious risks, may be symptoms of a mental health problem that can be treated.

Incidence & onset: Experts estimate the incidence of habitual self-injurers is nearly 1 % of the population, with a higher proportion of females than males. The typical onset of self-harming acts is at puberty. The behaviors often last for 5-10 years but can persist much longer without appropriate treatment.

Background of self-injurers: Though not exclusively, the person seeking treatment is usually from a middle to upper class background, of average to high intelligence, and has low self-esteem. Nearly 50% report physical and/or sexual abuse during his or her childhood. Many report (as high as 90%), that they were discouraged from expressing emotions, particularly, anger and sadness.

Behavior patterns: Many who self-harm use multiple methods. Cutting arms or legs is the most common practice. Self-injurers may attempt to conceal the resultant scarring with clothing, and if discovered, often make excuses as to how an injury happened. A significant number are also struggling with eating disorders and alcohol or substance abuse problems. An estimated one-half to two-thirds of self-injurers have an eating disorder.

Reasons for behaviors: Self-injurers commonly report they feel empty inside, over or under stimulated, unable to express their feelings, lonely, not understood by others and fearful of intimate relationships and adult responsibilities. Self-injury is their way to cope with or relieve painful or hard-to-express feelings and is generally not a suicide attempt. But relief is temporary, and a self-destructive cycle often develops without proper treatment.

Dangers: Self-injurers often become desperate about their lack of self-control and the addictive-like nature of their acts, which may lead them to true suicide attempts. The self-injury behaviors may also cause more harm than intended, which could result in medical complications or death. Eating disorders and alcohol or substance abuse intensify the threats to the individual’s overall health and quality of life.

Diagnoses: The diagnosis for someone who self-injures can only be determined by a licensed psychiatric professional. Self-harm behavior can be a symptom of several psychiatric illnesses: Depression; Personality Disorders (esp. Borderline Personality Disorder); Bipolar Disorder (Manic-Depression); Mood Disorders (esp. Major Depression and Anxiety Disorders); Obsessive-Compulsive Disorder, as well as psychoses such as Schizophrenia.

Evaluation: If someone displays the signs and symptoms of self-injury, a mental health professional with self-injury expertise should be consulted. An evaluation or assessment is the first step, followed by a recommended course of treatment to prevent the self-destructive cycle from continuing.

Treatment: Self-injury treatment options include outpatient therapy, partial (6-12 hours a day) and inpatient hospitalization. When the behaviors interfere with daily living, such as employment and relationships, and are health or life-threatening, a specialized self-injury hospital program with an experienced staff is recommended.

The effective treatment of self-injury is most often a combination of medication, cognitive/behavioral therapy, and interpersonal therapy, supplemented by other treatment services as needed. Medication is often useful in the management of depression, anxiety, obsessive-compulsive behaviors, and the racing thoughts that may accompany self-injury. Cognitive-behavioral therapy helps individuals understand and manage their destructive thoughts and behaviors. Contracts, journals, and behavior logs are useful tools for regaining self-control. Interpersonal therapy assists individuals in gaining insight and skills for the development and maintenance of relationships. Services for eating disorders, alcohol/substance abuse, trauma abuse, and family therapy should be readily available and integrated into treatment, depending on individual needs.

In addition to the above, successful courses of treatment are marked by:

3) collaboration with referring and other involved professionals.

If your child is cutting, or you know a child who is, there is no substitute for professional treatment from a caring, Christian counselor. You might consider contacting SAFE (Self-Abuse Finally Ends). You can call them toll-free at…1 – 800 – DON’T CUT (366 – 8288).

Contrary to conventional wisdom, time doesn’t heal all wounds. Self-injury leaves scars that last a lifetime. Only with God’s help will they ever fully heal!