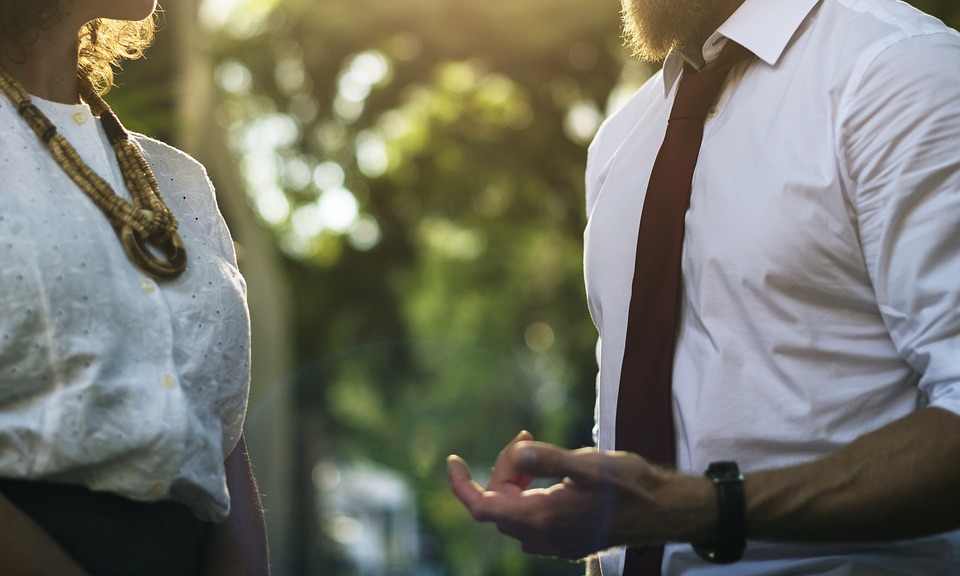 I loved this blog. It’s a very solid read.  It was first published on the Gottman Institute blog. As many of you know, I love all things Gottman.

You’ve probably done this before.

You come home from a long day at work, and nothing sounds better to you than a nice back scratch.

You snuggle up to your partner so that their hands are placed perfectly on your back. You roll your shoulders in a motion that universally signals, “scratch my back.” But they don’t get the hint.

Slightly frustrated, but not yet defeated, you position yourself behind them and start scratching their back. As soon as you’re finished, they turn to you and say, “Gee…thanks, honey. That was sure sweet of you.”

And then…nothing. They don’t return the favor.

You roll over feeling hurt and resentful. They broke the #1 rule every logical person should know! If someone scratches your back, you must scratch theirs!

I mean, what rock have they been living under? Back scratching isn’t the only area where we see this kind of nonverbal agreement that shouldn’t even have to be spoken and everyone should just know.

Is this starting to sound a bit ridiculous? Well, that’s because it is. Unless you married Mel Gibson in the movie What Women Want, chances are very high that your spouse can’t read your mind.

You have to ask for what you need

Why is it so hard to ask for what you want? Like, with spoken and specific words—not just unspoken signals or secret codes?

One evening, I was babysitting my sister’s adorable two-year-old girl. It was time for her to go to bed, and I was helping her to put on her jammies.

“I want the purple ones.”

“No problem! Purple jammies it is!”

After we read of few of her favorites, which she had no hesitation pointing out to me, I placed her in her crib to go to sleep. She immediately grabbed my arm and said, “Ang-uh-winn sing song?” in her adorable voice.

My heart melted at the sound of her trying to say my name.

As I started singing her a lullaby she said, “Scratch my back?”

I started scratching her back while singing her a song, and it wasn’t too long before she fell asleep.

That little girl, at two years old, let me know exactly what she wanted from me in order to go to sleep peacefully. She set me up for success by expressing her needs in a clear and positive way so that I could fulfill them.

But what happens when we get older?

Sadly, the older my niece gets, people won’t be so kind or willing when she asks them what she wants. She might ask someone to scratch her back and they’ll tell her, “No.”

In fact, people might start telling her that asking for what she wants is selfish or rude.

There may come a time when she thinks to herself, “It’s best if I just keep quiet.”

There was a time in your life when this happened to you, too. You asked for something you wanted and got rejected. You learned how bad it can hurt when someone willfully dismisses your request, especially if it’s important to you.

You learned that it can be scary to ask for what you want, and that makes you vulnerable to let someone in on your hopes and desires.

No wonder it’s hard to ask for what you want! The second a request leaves your mouth, it’s up to the other person to decide whether or not to grant that request. It’s out of your control.

And who likes to feel out of control?

Instead, you keep your mouth shut. If your partner doesn’t pick up on your subtle clues, at least you don’t have to admit that it was something you wanted in the first place. Instead, you’re just secretly angry at them while they wonder what they did wrong.

Though it softens the blow of the rejection when you don’t speak up about what you need, it also doesn’t leave you any less resentful over not getting what you want.

Plus, it practically guarantees that you WON’T get what you want.

This habit is so ingrained in our society that you may be doing it without even realizing it. Let’s say you want help with the dishes, but you don’t say anything, and your partner is sitting on the couch watching TV.

How dare he sit while there are dishes to be done! You can feel your anger bubbling up inside you.

Without saying anything, you make sure to clank the dishes loudly, slam some cupboards while you put them away, sigh really loud and hope that he gets the hint that you’d really like some help.

And you think that you shouldn’t have to ask—he should just know!

Does this sound familiar to you?

What would be a better alternative to secret cues, signals, and non-verbal agreements that leave us disappointed and set our partners up for failure?

Simple. Learn to ask for what you want!

Use your words, and use them well

Nate and I have a motto in our marriage that came from Terry Real’s book, The New Rules of Marriage.

“You have no right to complain about not getting what you never asked for.”

Let that soak in for just a second.

You are not allowed to complain about not getting something that you never asked for. Period.

The next time you get angry about your partner not doing something, I want you to ask yourself, “Did I verbally ask them to do this?”

Now, there are many ways to ask for something that you want, and let’s just say that some ways work better than others. Let’s go back to the dishes example and look at a few of your options.

“I’m always cooking you dinner and you never help me with the dishes. You always just sit there in front of the TV while I do it? Why don’t you help me for a change?”

Woof. Using words like “always” or “never” is a surefire way of putting your spouse on the defense. This example of asking isn’t really asking at all. It’s criticizing your partner, and heavily so. This puts all the attention on how they’re the bad guy, instead of choosing to be vulnerable and respectfully expressing what you really want.

I can see this turning into a never-ending argument of, “Oh yeah? Well, you always do this, and you never do that,” going back and forth until the dishes get moldy and you forget about them entirely.

“Maybe, you know, you could help me with the dishes, if you want.”

Or, “If you have time, if it’s convenient for you, maybe you could try and help me with the dishes?”

Or even more classic, “Do you want to help me with the dishes, or would you rather just watch TV?”

These are all different ways of saying the same thing. In this situation, you are not expressing what you want. Instead, you are implying with your request that it is actually your partner that wants it, that it’s actually their idea. It takes the pressure off of you, and it puts the blame on them for not fulfilling a promise they never made.

This reminds me of a time we were helping with a social gathering at a neighbor’s house. Nate was in charge of putting out the snacks. He had left them in their original plastic container and just set them on the table.

The host of the party came to the snack table, turned to Nate, and in that passive-aggressive sing-song voice we all know said, “Do you want to put these treats on a separate platter?”

Nate replied, “No, I think they are fine in the plastic.”

She looked at him like he had just slapped her in the face.

He quickly realized his error and said, “I mean, yeah, of course I want to put them on a separate platter. There’s nothing more in this world that I want than to have these treats on a platter!”

The answer to the question she asked him was, indeed, “No.”

No, he didn’t want to put them on a separate platter. He didn’t see the need to do so.

But, that wasn’t the question she was really asking, was it?

Can you see how it would have been so much easier if she had just said, “Hey, I’d love it if you put these on a separate platter so that it looks nicer for the guests.” Nate would have known exactly what she wanted and would have happily fulfilled her request.

“Can you please help me with the dishes?”

This example is better than the first two, and it’s a good place to start. Saying “please” is wonderful, respectful, and it makes it much easier for your spouse to want to help.

However, the request falls a little, well, flat. It doesn’t get across how much it would mean to you to receive that help you are asking for.

I can see getting a response like, “Sure honey, just let me finish this game first.” or “How about we just do them in the morning?”

There’s still too much room for failure with this example. You’ll need to communicate why you need the help, or how it’s important to you to receive help from your partner.

“Honey, I’d love some help with the dishes. I worked hard on making dinner tonight and I’d appreciate it if you helped clean up. Can we do the dishes together? It would really make me feel loved.”

This hits the nail on the head. First, you make your desire known—you’d really love some help with the dishes.

Second, you tell them why you’d like help with the dishes—because you worked really hard on dinner!

You give your partner clear expectations on when you’d like it done—right now.

And lastly, you tell them what it would do for you if they granted your request—it would help you feel loved.

How to set your partner (and you) up for success

Can you see why this would make it much easier for your spouse to say yes to your request? You’re giving them everything they need to give you what you need. You’re setting them up for success!

It takes practice, and it takes trial and error. Give yourself permission to be bad at it at first.

It might feel super uncomfortable or awkward in the beginning. You might stumble over your words or they’ll come out wrong. Let yourself sit with that discomfort. Be patient with yourself and don’t give up. Keep trying.

Mastering the skill of asking for what you want effectively, efficiently, and respectfully is one of the greatest gifts you can give to your partner.