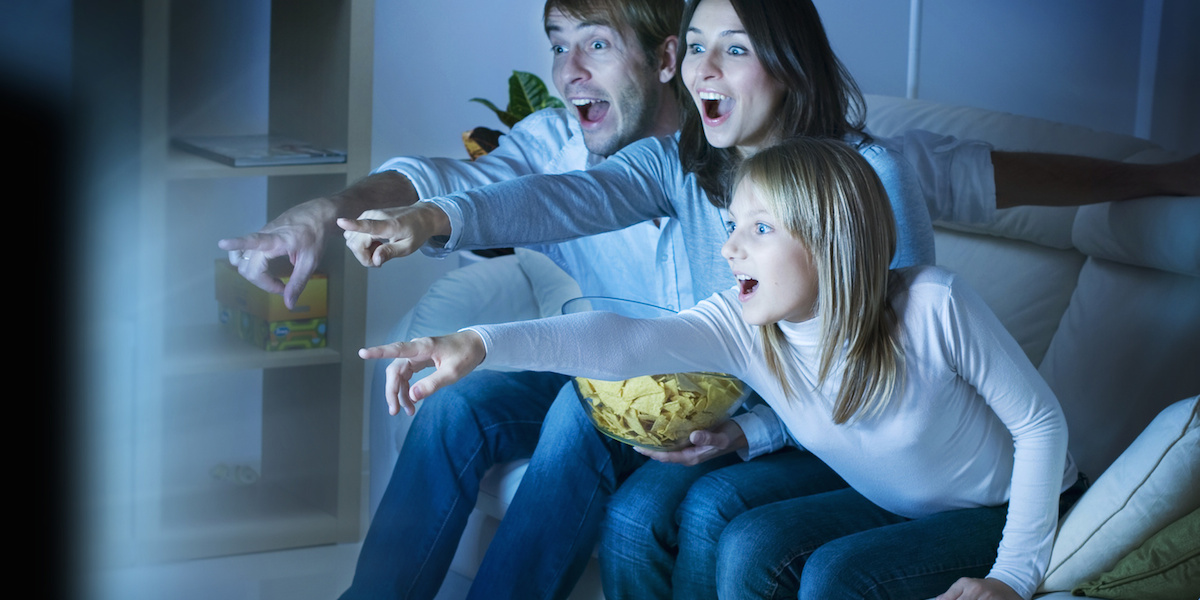 Want something constructive to come out of all that time children spend watching television? A new study suggests making better use of the commercial breaks while kids watch their favorite programs. Researchers from the University of Michigan find starting a conversation with children as they watch TV appears to mitigate some of the developmental drawbacks that come from too much screen time as an adolescent.

Prior studies indicate that kids who watch tons of television lag behind in certain developmental areas, such as curiosity. This latest work reports the more parents talked with their preschoolers during shared TV time, the more likely those kids were to display high levels of curiosity by kindergarten.

Study authors assessed the TV-watching and conversational habits of 1,500 preschoolers and their parents. From there, they measured subsequent early childhood curiosity in kindergarten.

“Curiosity is an important foundation for scientific innovation, joy in learning, and numerous positive outcomes in childhood,” Dr. Shah explains. “We want to better understand what fosters curiosity in early childhood, which could potentially identify ways to help mitigate the achievement gap associated with poverty. Parent-child conversation facilitates children’s thinking, learning, and exploration – all behavioral indicators of curiosity.”

The team also measured each child’s curiosity using a series of surveys given to their parents inquiring about various aspects of curiosity such as eagerness to learn new things, openness to new experiences, adaptability to new scenarios, and imagination. It’s no secret kids (and adults) have access to far more screens than just the TV, but study authors note that the television still accounts for 72 percent of all adolescent screen time.

The average American child watches one to four hours of TV per day, with economically disadvantaged children usually watching even more.

“Our findings suggest the importance of parents finding opportunities to foster conversational exchanges in daily routines with their young children – including while watching television,” Dr. Shah concludes.

The study is published in the journal PLoS ONE.