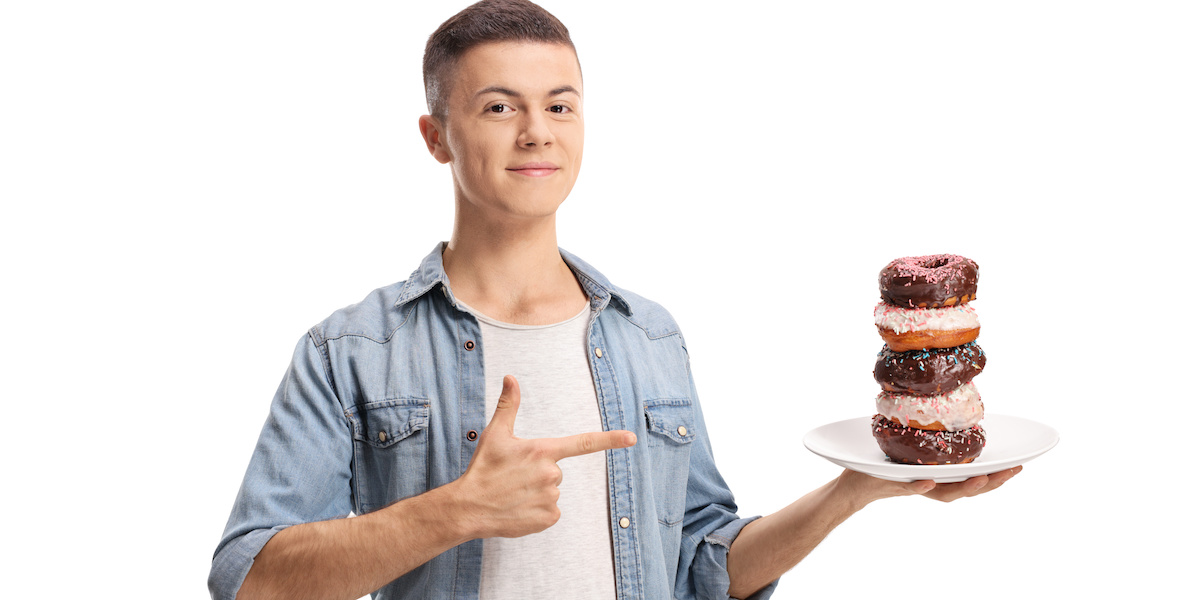 Is poor sleep leading to a sugar overload among teens? A recent study finds teenagers who don’t get enough sleep could pack on nearly five extra pounds of sugar each year.

Sleep is vital to living a healthy life. The ways you think, feel, or act are influenced by how much sleep you get the night before. Yet, about 73 percent of high school teenagers are not getting the recommended eight to 10 hours of sleep. Teens are at a critical age for brain development, making sleep even more necessary. Adding to the list of concerns, researchers from Brigham Young University found that insufficient sleep among adolescents can lead to significant weight gain.

The researchers studied the sleep and eating patterns of 93 teenagers. For one week, the teens slept for six and a half hours. The next week, every teen slept for nine and a half hours each night. During this time, the team kept track of the type of foods the participants ate, along with the nutrient content and calories of each food item.

In the study, teenagers ate more foods high in carbohydrates or sugar and sweetened beverages when sleeping less versus when they got a full night of sleep. Teenagers who did not sleep enough also ate fewer fruits and vegetables than when they got the recommended hours of sleep.

Poor dietary choices also increase the chance of weight gain and cardiometabolic disease. Results show teens who had less than eight hours of sleep ate 12 extra grams of sugar each day. The researchers predict that a teen with poor sleeping patterns, eating 12 grams more sugar each day, would gain 4.5 pounds every year.

“Shortened sleep increases the risk for teens to eat more carbs and added sugars and drink more sugar-sweetened beverages than when they are getting a healthy amount of sleep,” says Kara Duraccio, a BYU clinical and developmental psychology professor and lead author of the study, in a university release.

“What’s interesting is that getting less sleep didn’t cause teens to eat more than their peers getting healthy sleep; both groups consumed roughly the same amounts of calories of food. But getting less sleep caused teens to eat more junk,” Dr. Duraccio explains. “We suspect that tired teens are looking for quick bursts of energy to keep them going until they can go to bed, so they’re seeking out foods that are high in carbs and added sugars.”

The study is published in the journal SLEEP.