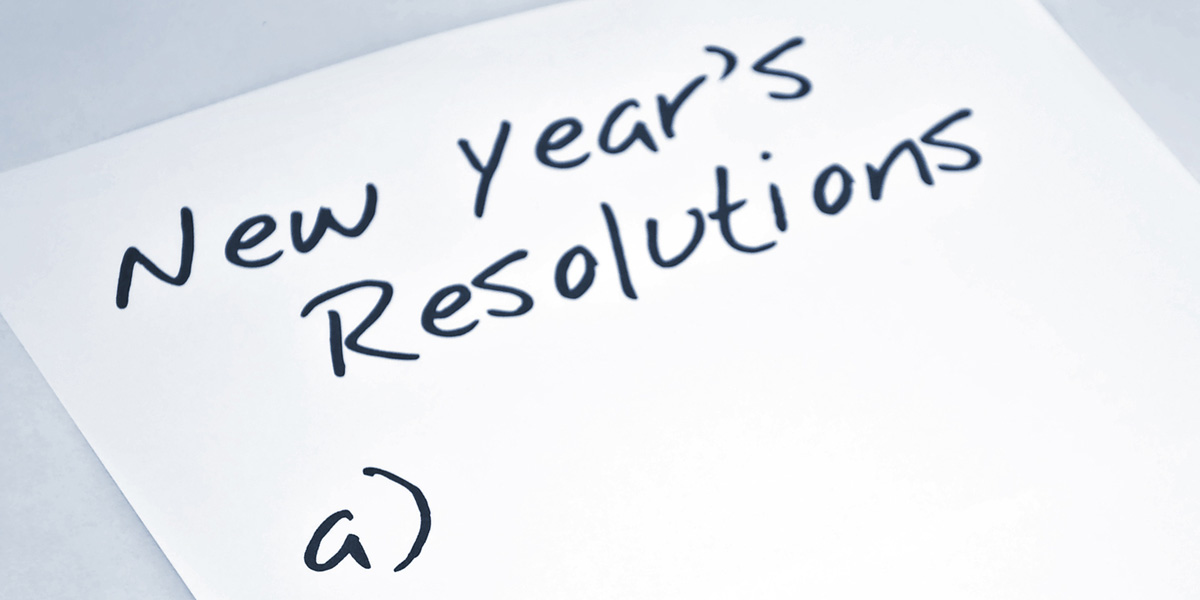 I’ve heard it said that a New Year’s resolution is something that goes in one year and out the other. Maybe this is why I’ve never been a big New Year resolution person. I’ve read a statistic that says 55% of Americans either never or only infrequently set New Year’s resolutions. I guess this puts me in the majority. I’m probably this way for the same reason so many others have a certain distain for resolutions. Once made, rarely have I managed to keep them. Again, it looks like I’m in the majority, as apparently only 8% of Americans are always successful in keeping their resolutions. So, I’ve thought to myself, if I know going in that I won’t succeed, why bother?

I think part of my problem (and perhaps yours also) is that I’ve often set unrealistic resolutions, like “I’m going to lose 30 pounds in January.” It’s not that there is anything wrong with setting resolutions. But, in setting the bar higher than I know I can jump, I don’t jump. Or, if I do jump, I fail.

Does this sound familiar? So, what if instead of not resolving to do anything, we just set the bar to a more reasonable height, where we at least make it possible to succeed? I’m hoping that this should provide some motivation to try. I’m not talking about making inconsequential resolutions, by the way, like “I resolve to eat in 2016.” And, I’m not talking about long, drawn-out projects that cannot be accomplished in the short-term. No, I’m talking about simply trying to make reasonable, yet solid resolutions—any one of which can be accomplished in a day.

I’ve provided 30 resolutions, and by the sheer number, they might seem overwhelming. But that is not my intention. Start by picking one. If you decide to try more remember that there is no pressure in pursuing the plan. Also, there is no mystical order that these resolutions should be attempted, and there is nothing wrong with repeating one or more. Find the resolution you like best, and start with it. Oh yes, there’s one more thing: There is a hidden agenda in these resolutions. I’m hoping that as you try them, that you will end up incorporating some of them into your life as part of who you are and what you do day-in and day-out.