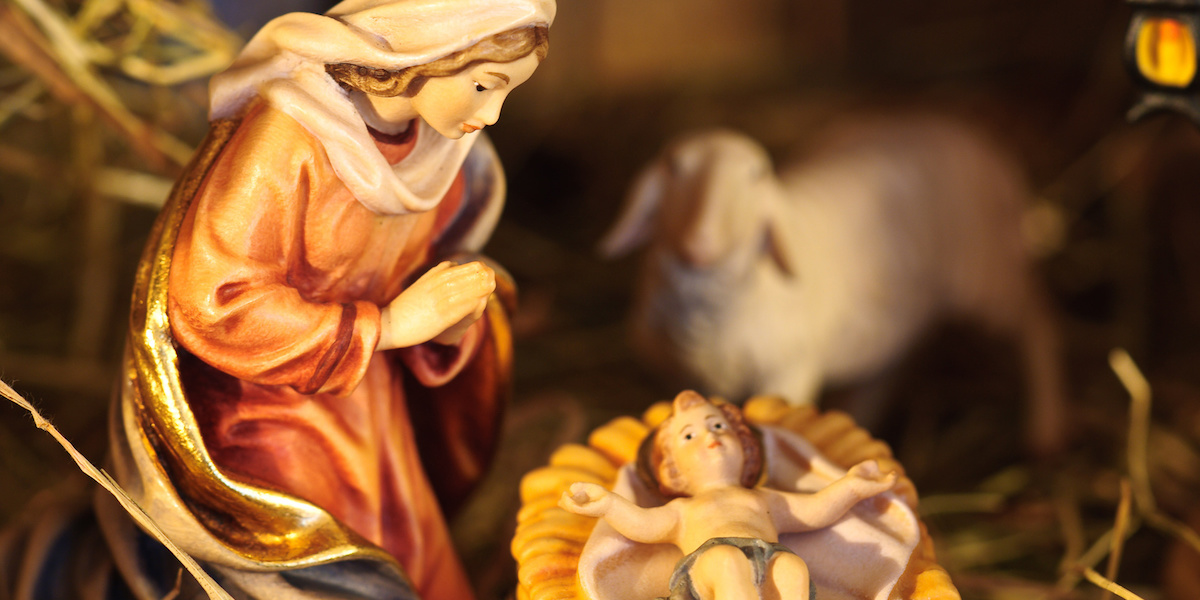 We know everything there is to know about Christmas, right? Maybe yes. Maybe no. Here’s a fun quiz you might easily share with your family around the dinner table. The quiz has a dozen questions to test your knowledge about Christmas that will help you separate fact from tradition and sometimes, plain fiction. The following are all true or false statements…

True or False Statements:
1. The innkeeper in Bethlehem told Mary and Joseph, “There’s no room for you in the inn.”
2. Jesus was born inside a barn/stable.
3. Xmas is a disrespectful abbreviation for Christmas — taking Christ — so to speak out of Christmas.
4. Jesus wasn’t really born on December 25.
5. “The little Lord Jesus, no crying he makes…” (from Away in a Manger).
6. The “wise men” followed the star in the sky to the manger where Jesus was.
7. The “wise men” who found Jesus were not kings.
8. A ‘manger’ is a stable for domestic animals.
9. The first candy cane was made to be a visible reminder of who Jesus is and what He has done for us.
10. The Bible says that three “wise-men” visited Jesus.
11. Our nation’s earliest colonies insisted on making Christmas a holiday.
12. Jesus’ birthday was not celebrated by His earliest followers.

ANSWERS:
1. False. The Bible doesn’t mention an innkeeper. Luke 2:7 reads, “and she [Mary] gave birth to her firstborn, a son. She wrapped him in cloths and placed him in a manger, because there was no room for them in the inn.”

3. False. Although many Christians over the years have held that that Xmas is a disrespectful abbreviation for Christmas, in Greek, X is the first letter of Christos, the word translated, Christ, and was used as an appropriate, honorable abbreviation.

4. True. It wasn’t until sometime in the fourth century that it was calculated Jesus’ birth was on December 25. Modern scholarship suggests that Jesus was really born in April of 5 B.C.

5. False. The Bible doesn’t mention whether or not Jesus cried, but there is no reason to assume that Jesus was anything other than a typical baby — one that cries.

6. False. Matthew 2:11 reads, “On coming to the house, they saw the child with his mother Mary, and they bowed down and worshiped him.” Given the account in Matthew chapter two, regarding the interaction between the wise men and Herod, and Herod’s command to kill all of Bethlehem’s children under the age of two, Jesus could have been upwards of two-years-old when they found him. It’s not quite the romantic tradition we are accustomed to thinking of when we talk and sing about the wise men finding Jesus in the manger.

8. False. A manger was a feeding trough for animals.

9. False. Candy canes appeared in the latter part of the 17th century and were plain white until the early 20th century. There is nothing wrong with assigning Christian meaning to the candy cane, but these meanings cannot be found in the candy’s factual origins.

10. False. The legend of three wise men came into existence based on the fact that the Scriptures name three gifts — gold, frankincense and myrrh — that were presented to the Christ child. The Bible is silent on the actual number of magi.

11. False. In its early years, Massachusetts actually outlawed the celebration of Christmas. In 1659, the General Court of Massachusetts enacted a law making any observance of December 25 (other than a church service) a penal offense. People were fined for any related observances or for hanging decorations. This ruling continued until the nineteenth century, when the influx of German and Irish immigrants undermined the Puritan legacy.

12. True. The resurrection of Christ overshadowed the day of His birth in significance for the earliest Christians. The earliest mentions of celebrating Jesus’ birth date back to the fourth century.