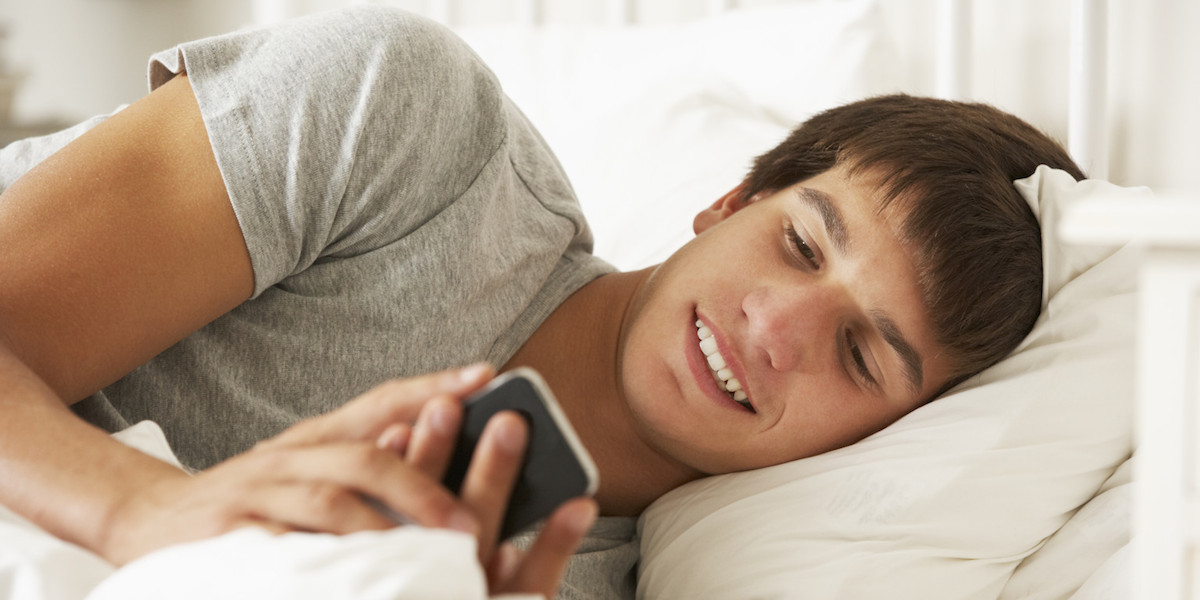 A new phobia is sweeping college campuses across the nation, according to a new study just released by the American Academy of Medicine. Researchers conclude that “nomophobia,” or the fear of being out of smartphone contact, is “extremely common” among college students. Moreover, this modern-day fear is linked to poor sleep habits.

Almost unbelievably, preliminary findings indicate that 89% of college students experience moderate to severe nomophobia. Particularly bad nomophobia is significantly linked to sleepiness during the day and other indicators of unhealthy sleep habits.

“We found that college students who experience more ‘nomophobia’ were also more likely to experience sleepiness and poorer sleep hygiene such as long naps and inconsistent bed and wake times,” says lead author Jennifer Peszka, Ph.D., professor of psychology at Hendrix College in Conway, Arkansas, in a release.

In all, 327 college students took part in this research. Each student filled out numerous surveys that measure nomophobia levels and sleep quality.

The study was published in the journal SLEEP.