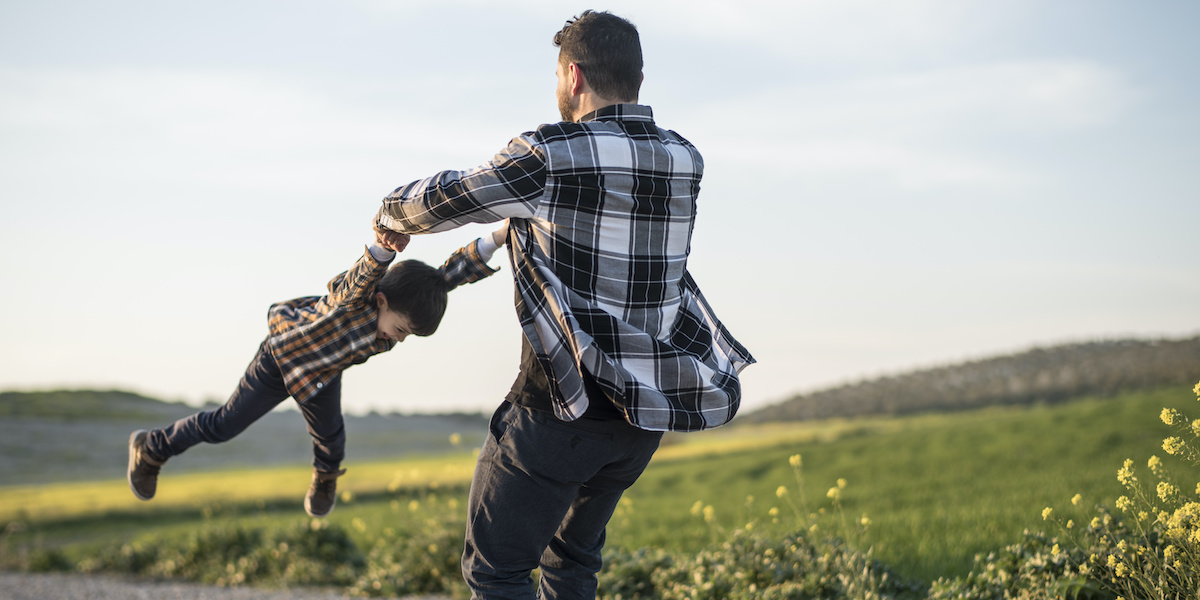 Children whose fathers make time to play with them from a very young age may find it easier to control their behavior and emotions as they grow up, research suggests.

The study, by academics at the Faculty of Education, University of Cambridge, and the LEGO Foundation, pulled together fragmentary evidence from the past 40 years to understand more about how fathers play with their children when they are very young (ages 0 to 3). The researchers wanted to find out whether father-child play differs from the way children play with their mothers and its impact on children’s development.

Although there are many similarities between fathers and mothers overall, the findings suggest that fathers engage in more physical play even with the youngest children, opting for activities such as tickling, chasing, and piggy-back rides.

This seems to help children learn to control their feelings. It may also make them better at regulating their own behavior later on, as they enter settings where those skills are important — especially school.

Paul Ramchandani, Professor of Play in Education, Development and Learning at the University of Cambridge, said: “It’s important not to overstate the impact of father-child play as there are limits to what the research can tell us, but it does seem that children who get a reasonable amount of playtime with their father benefit as a group.”

Parent-child play in the first years of life is known to support essential social, cognitive, and communication skills, but most research focuses on mothers and infants. Studies that investigate father-child play are often small or do so incidentally. “Our research pulled together everything we could find on the subject, to see if we could draw any lessons,” Ramchandani said.

The Cambridge review used data from 78 studies, undertaken between 1977 and 2017 — most of them in Europe or North America.

In almost all the studies surveyed, there was a consistent correlation between father-child play and children’s subsequent ability to control their feelings. Children who enjoyed high-quality playtime with their fathers were less likely to exhibit hyperactivity or emotional and behavioral problems. They also appeared to be better at controlling their aggression, and less prone to lash out at other children during disagreements at school.